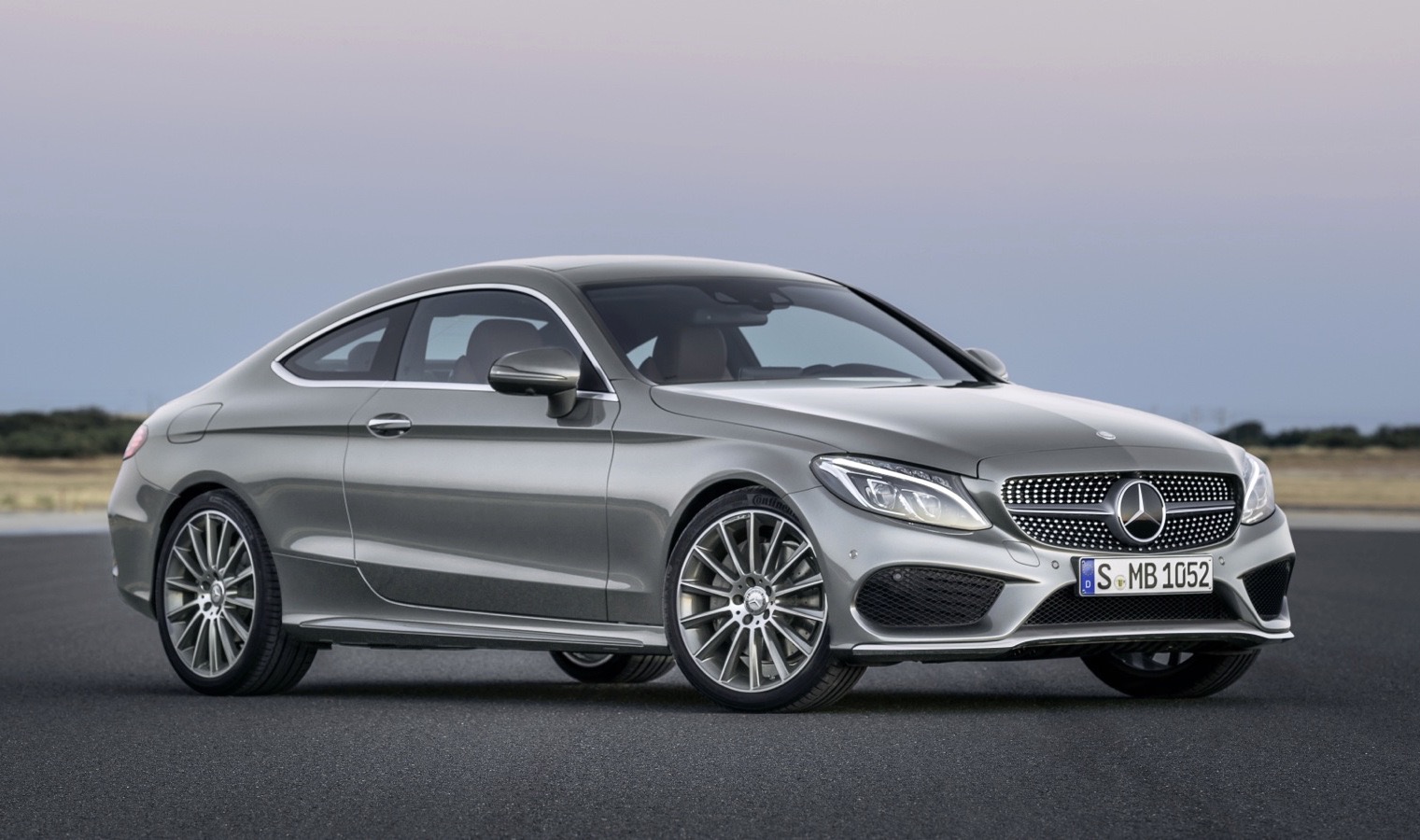 Mercedes-Benz has taken the covers off the new 2016 C-Class Coupe ahead of its Frankfurt Motor Show debut next month. As previously reported, the new coupe is going for a more upmarket character, featuring a longer and lower body. 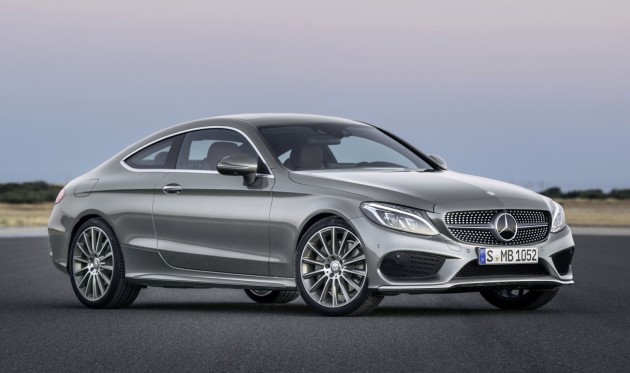 As you can see, the new C-Class Coupe borrows plenty of design inspiration from the S-Class Coupe. At the front it wears the C-Class grille and headlight layout, but from there the coupe is 15mm lower overall, and stretches 95mm longer than the outgoing model.

Around at the back are a pair of rounded taillights that are smoothed into the bodywork, as well as neat cuttings into the side of the bumper bar and a mildly aggressive diffuser section in the middle. Sitting 40mm wider than the current coupe, the new model certainly has more road presence.

Mercedes engineers have implemented more aluminium for the panels this time around so that it is lighter weight. Now, the front guards, bonnet and boot lid are made from the metal. The engineers have also stiffened the chassis for a more engaging and direct drive character.

For the interior, Mercedes has adopted a similar layout as seen in the latest C-Class sedan. Atop the dash is a protruding infotainment screen that houses most of the on-board controls, which can then be navigated via the rotary control system. With 80mm added to the wheelbase, the new model offers more interior space. 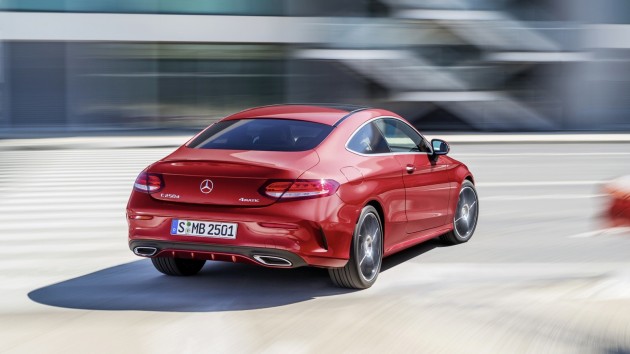 Mercedes-Benz Australia is yet to confirm local details and the model lineup. It will go on sale early next year though, after the big unveiling at Frankfurt on September 17.

Head over to the Dailmer media website for more info on the 2016 Mercedes-Benz C-Class Coupe.