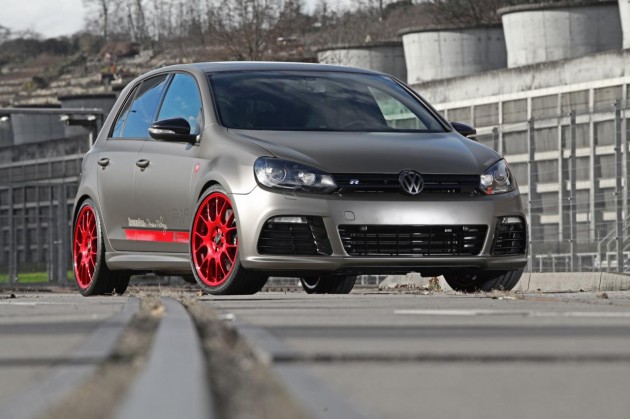 The Golf R, as you probably know, is the most powerful Golf currently on the market. It comes with a 2.0-litre TFSI direct-injected turbo four-cylinder, producing 188kW (199kW in Euro-spec). All that grunt is sent into an all-wheel drive system to ensure none of it is wasted and spun away through the tyres.

If you want more beef under the bonnet however, SchwabenFolia fits a custom 90mm down pipe from the turbo, freeing up exhaust flow and assisting with boost pressure response, as well as a high-flow Capristo exhaust system with active valves that make it quieter or louder. 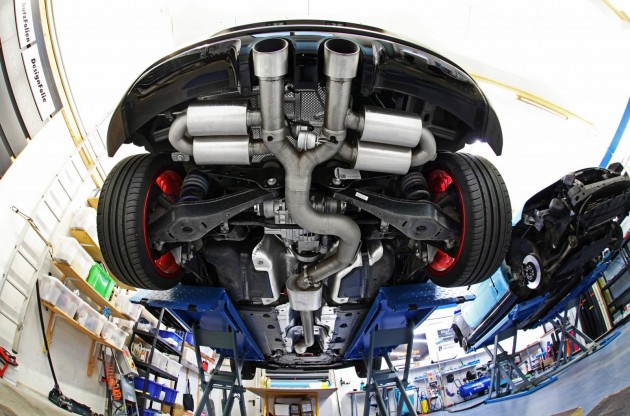 As a result, power is boosted to an impressive 246kW, which should bring down the factory Golf R’s 0-100km/h time of 5.7 seconds, down to somewhere well within the low 5.0-seconds/high 4.0-seconds bracket.

Since SchwabenFolia specialises in custom wraps, it’s only natural that the company would dress up the exterior for a tuner look. A full H & R suspension setup makes its way underneath, lowering the Golf for a fatter stance, while a set of CH 19- by 8-inch alloy wheels in red complete the look.

Overall, this would be an extremely fun little beast to try and tame. And a seriously quick one at that.