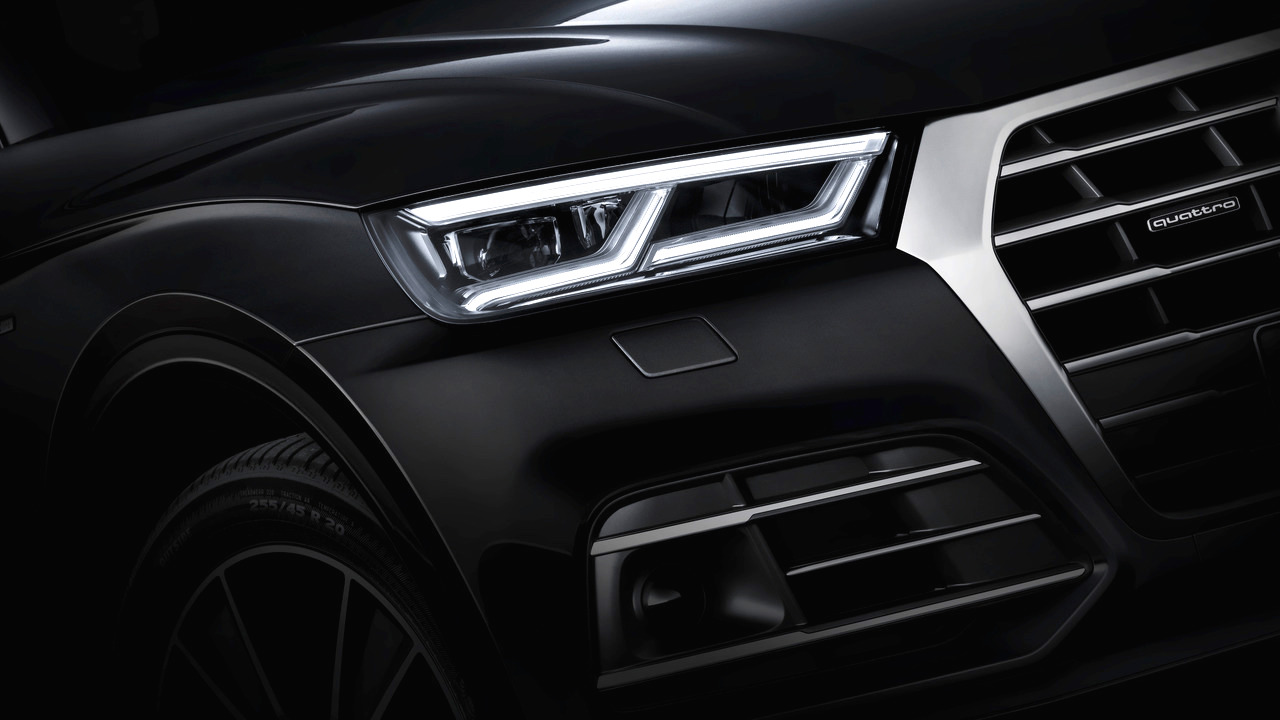 Getting teased by Germans is only considered fun by a particular section of society, unless those Germans are famous luxury car brand Audi. 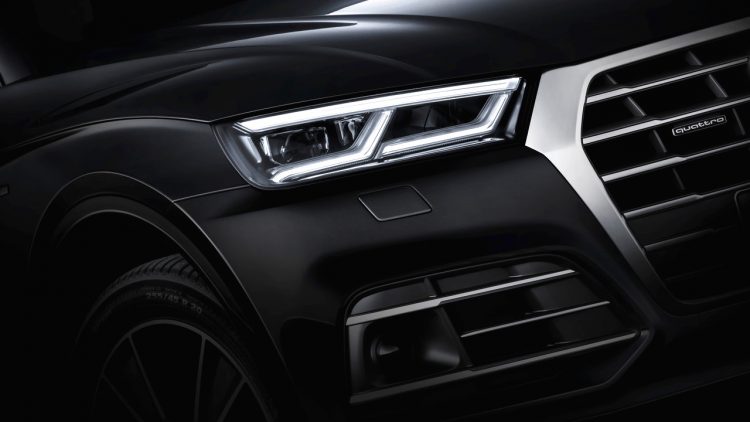 Having already shown off the all-new Q5’s taillight clusters, the latest videos showcase the trick new front LEDs which have an advanced auto-dimming feature that reduces glare for oncoming drivers. They take on a dazzling cool blue tone and feature a new pattern.

The open boot is also showcased with taglines including #Fashion victim? And #Qriosity. Several items are shown being loaded into the clam-shell aperture, indicating that luggage volume may have grown from the 540 litres of the current model.

The new Q5 is set to share a lot of chassis and interior components with the A4 sedan, including the MLB Evo architecture. As a result, it is expected to lose a solid 100kg of heft.

The real deal in all its glory will be revealed at the end of the week at the Paris Motor Show. Stay tuned for PerformanceDrive’s show coverage.