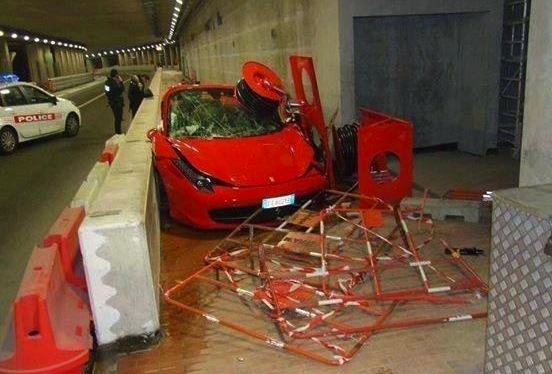 The driver of a Ferrari 458 Italia has failed to keep control while going through the famous tunnel featured in the Monte Carlo F1 circuit in Monaco. An image of the incident has surfaced online showing the extent of the crash.

PerformanceDrive was only at the Monte Carlo circuit last week (look forward to our full feature coming soon). Having been around the track, we’re not sure how a driver could lose control in the area as there is normally a lot of slow traffic around. 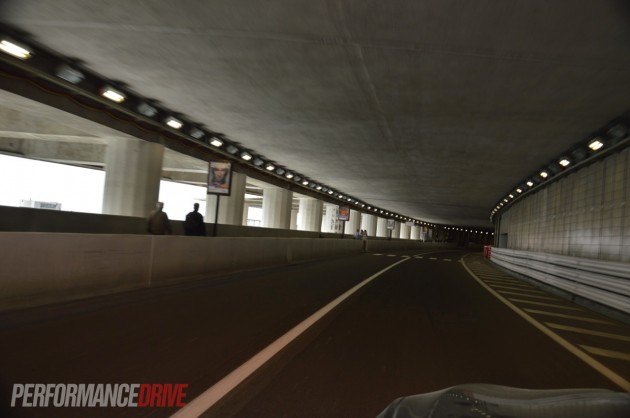 The crash ended with the Ferrari on the other side of the concrete barrier, on the pedestrian path, about where the bicycle rider is in the top-left side of the road in the image below. 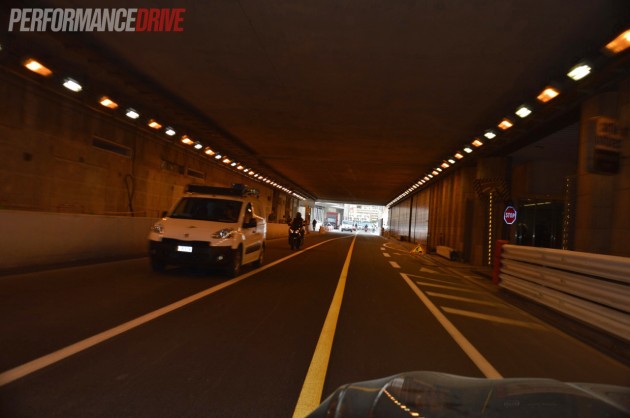 By the looks of it, the crash happened at the exit of the tunnel, which finishes with a little straight (as above). This means the driver was probably coming from the other direction, going up the slight crest.

The official cause of the accident is unknown. According to reports the driver is okay and nobody was injured. It’s extremely lucky no one was walking past at the time.

This would have obviously been an embarrassing moment for the driver; crashing a Ferrari is bad enough, let alone in one of the most prestigious and glamorous cities in the world.