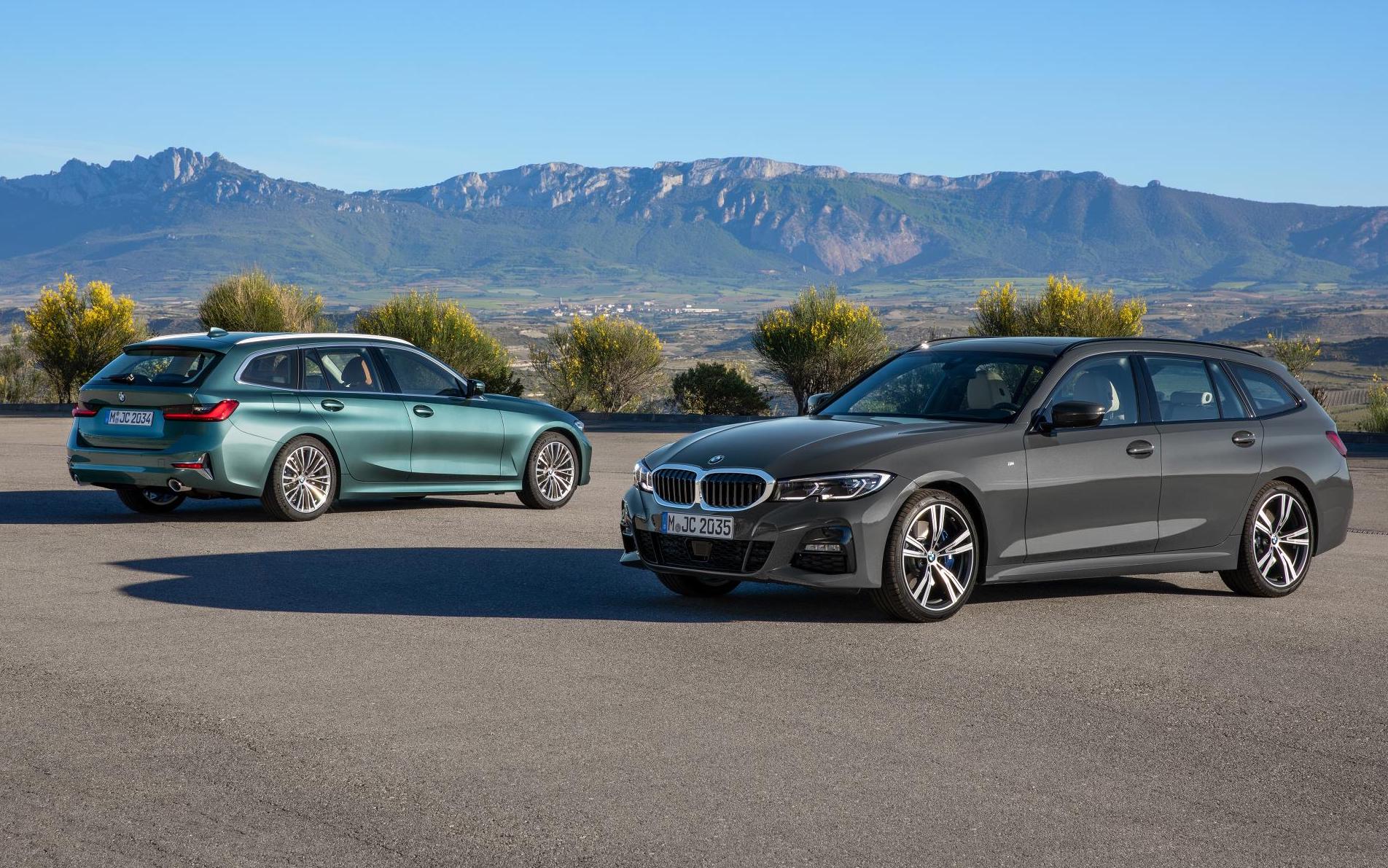 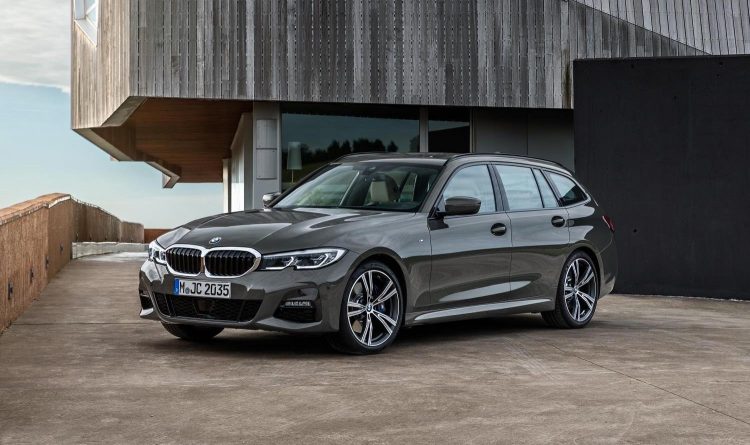 Like the sedan, the new wagon is based on BMW’s CLAR platform. With this, the body length has grown by 76mm over the predecessor, and it’s also 16mm wider, and 11mm taller. The wheelbase is also 41mm longer, helping to open up cabin space, while the track width is increased 43mm at the front and 21mm at the rear.

With the new platform and dimensions, the 2020 BMW 3 Series Touring offers a 50:50 weight distribution between the front and rear, and the centre of gravity is lower. Overall kerb weight has also been reduced by up to 10kg, helping to improve driving dynamics, performance and efficiency. Also helping with dynamics, body rigidity is increased by 25 per cent in some areas and up to 50 per cent in other areas. 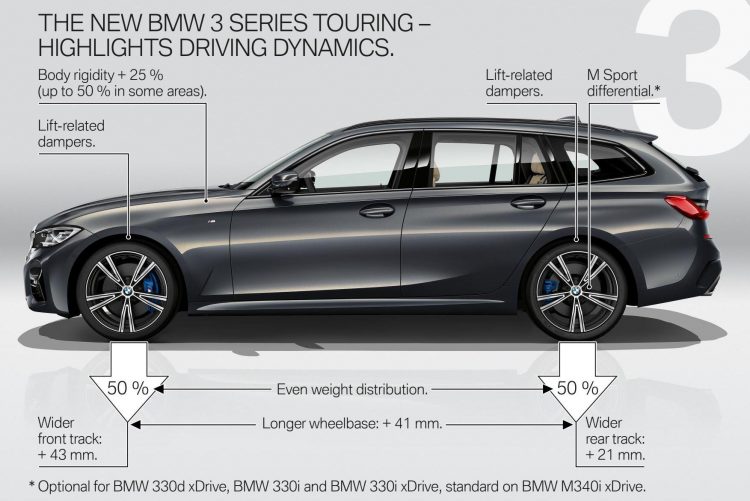 Market region availability for specific variant levels may differ, but BMW has announced a number of powertrain levels. The range will include the 318d, 320d, 330d for the diesels, and then 320i, 330i, and range-topping M340i xDrive for the petrols.

That latter variant seems especially appealing. It will be the first M Performance 3 Series wagon, equipped with a 3.0-litre turbo inline six producing 275kW and 500Nm. Acceleration across 0-100km/h takes a claimed 4.5 seconds, just behind the M340i xDrive sedan’s claim of 4.4 seconds. 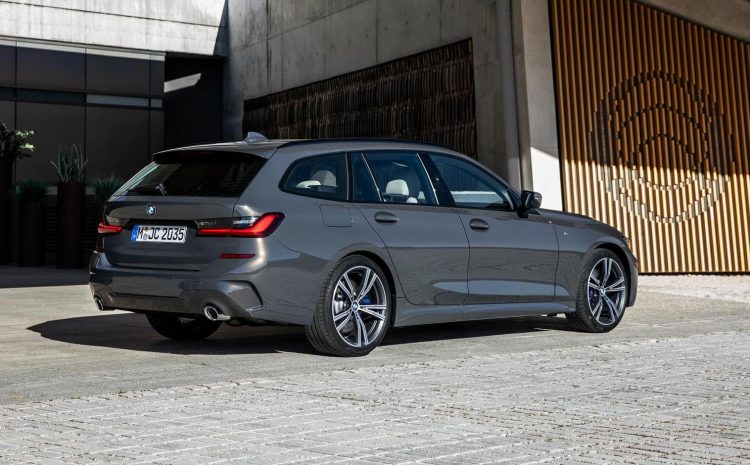 As for the design, the front end takes on essentially the same look as the sedan. This includes BMW’s latest merged grilles at the front, and wide headlights that extend all the way in to the grille. Adaptive LED headlights with U-shaped daytime running lights will come as standard.

At the rear is where things are obviously unique. BMW has applied a more wedged profile for a sportier stance, with the Hofmeister kink for the D-pillar carrying over. There’s also some new-look taillights, while the rear windscreen is about 20mm wider to help improve visibility. In the rear compartment, boot space has increased from 495L to 500L.

The 2020 BMW 3 Series Touring will go on sale globally from June 14, with the first deliveries set to arrive from September 28. BMW Australia is expected to launch the new model locally by the end of the year. See below for the key specifications (different market region lineups may differ. Fuel economy figures are provisional):