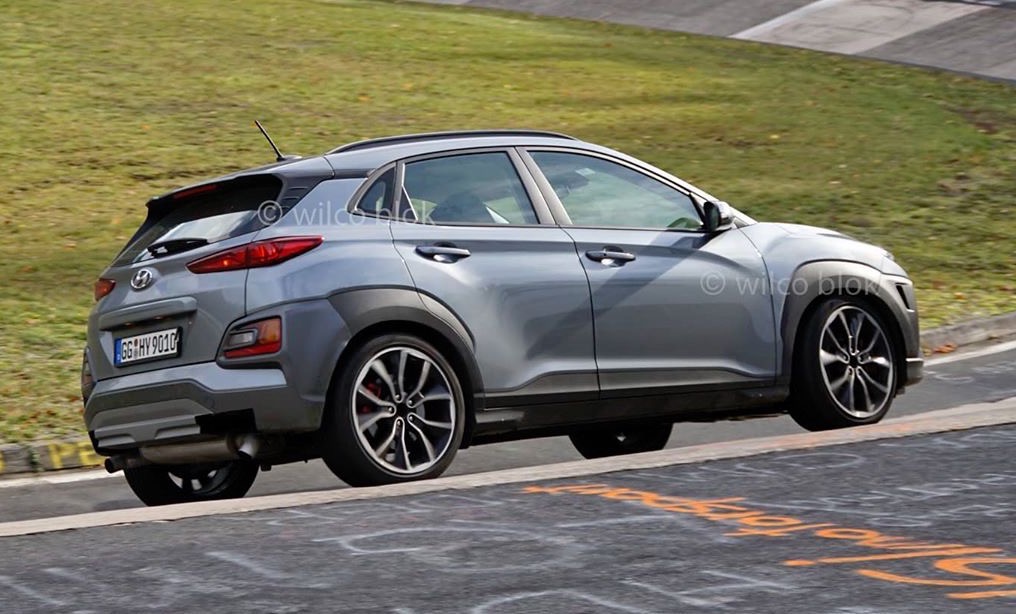 Hyundai has been spotted test driving a prototype which can only be described as a Kona N, featuring the wheels and brakes from the i30 N, with an unusually sporty twin exhaust at the back. 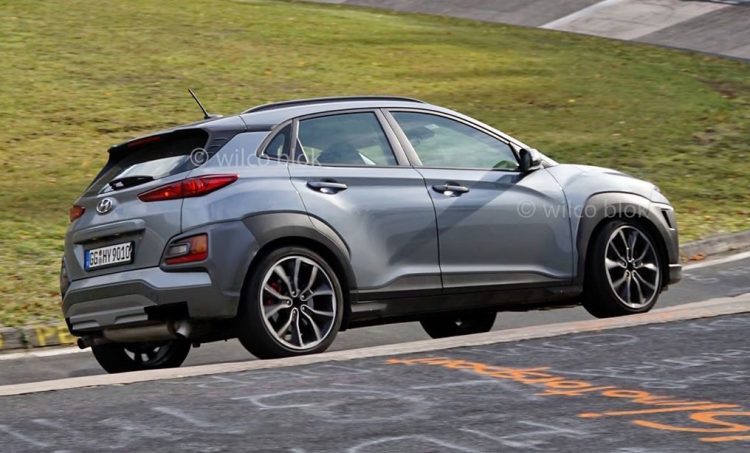 We’ve found two different sets of spy images (follow the respective links for more photos). One set is from the Nurburgring, posted up onto Instagram by WILCO BLOK. These show a prototype with essentially no camouflage or wrapping at all. However, there doesn’t appear to be much to conceal in the first place.

The prototype appears to use the regular Kona body, likely with high-performance N stuff under the skin. Only the i30 N alloy wheels seem to be a telltale sign. Look a little closer and you’ll notice the rear bumper bar is also cut away to accommodate a big twin-outlet muffler with fat dump pipes at either end. 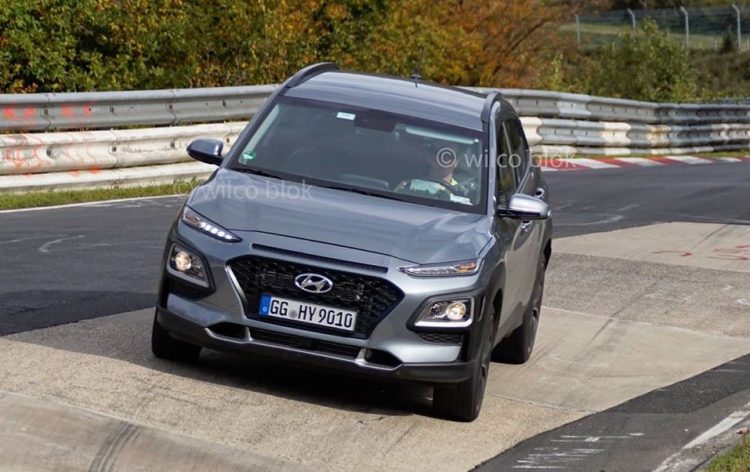 It appears as though Hyundai N is using a base model Kona as the mule as the front end doesn’t incorporate the fog lights in the lower corners like the top Highlander variant. Instead, these are intake holes. Even the black plastic wheel arch moulds appear to be standard, on this particular prototype anyway. Our guess is engineers are purely testing running gear and maybe laying down some benchmark data to work from.

In another set of images, posted by Korean Car Blog, it appears Hyundai N is also running a prototype in freezing arctic conditions. This example does feature lots of heavy camouflage and black sheeting, which may conceal bespoke front and rear bumper bars destined for the performance SUV.

Like the Nurburgring mule, this car also features i30 N wheels. However these images show the red-painted brakes more clearly. These appear to be the same brakes from the i30 N. Considering the Kona weighs about the same as an equivalent i30 (1477kg for Kona 1.6T AWD auto, 1424kg for i30 N Line 1.6T FWD auto), our guess is the same performance braking package applied to the i30 N will be carried over for the Kona N. 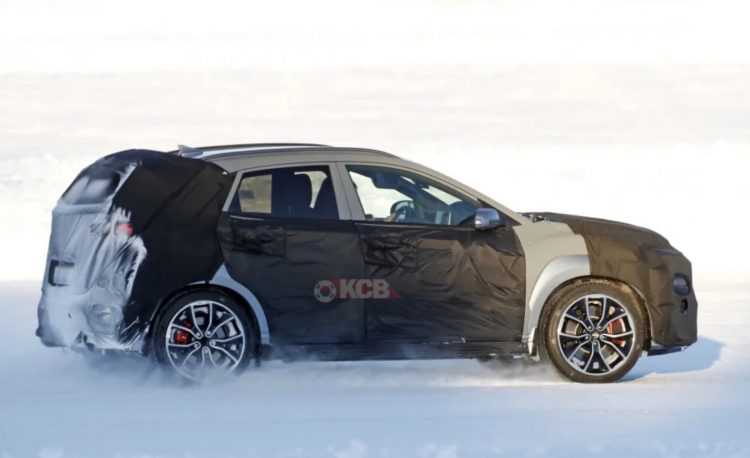 As for the details. Hyundai is yet to officially confirm such a model exists. According to reports though the Kona N is indeed on the way and is expected to follow the i20 N within the next 12 months. The Kona N is set to become the fourth bespoke N model in Hyundai’s showroom.

It’s understood the Kona N will use the same 2.0-litre turbo that’s found in the i30 N. The unit produces 184kW and 202kW, depending on the market (in Australia we are only offered 202kW). Like the i30 N, the Kona N is expected to be front-wheel drive. Hyundai’s R&D boss and former BMW M chief, Albert Biermann, has spilled some beans about the Kona N and is quoted as saying:

“It has to be the i30 N powertrain, really. Of course, we can give Kona different specifications on suspension and steering, although there are some common components we can use in that area as well, because it’ll be front-wheel drive, like the i30 N. But we already know that it has to be that car’s engine and gearbox for the Kona N, yes.”

Hyundai N is known to be working on an update for the i30 N which will include the introduction of an eight-speed dual-clutch automatic transmission option. There have been rumours that the engine might also receive some tweaks to take power up to around 224kW. It would be reasonable to assume that the Kona N would receive the latest package, whatever it entails.

Hyundai Australia has said that it would and will put its hand up for any right-hand drive N models of the future. The Veloster N has been on the wish-list of some local fans but that model is only made in left-hand drive.