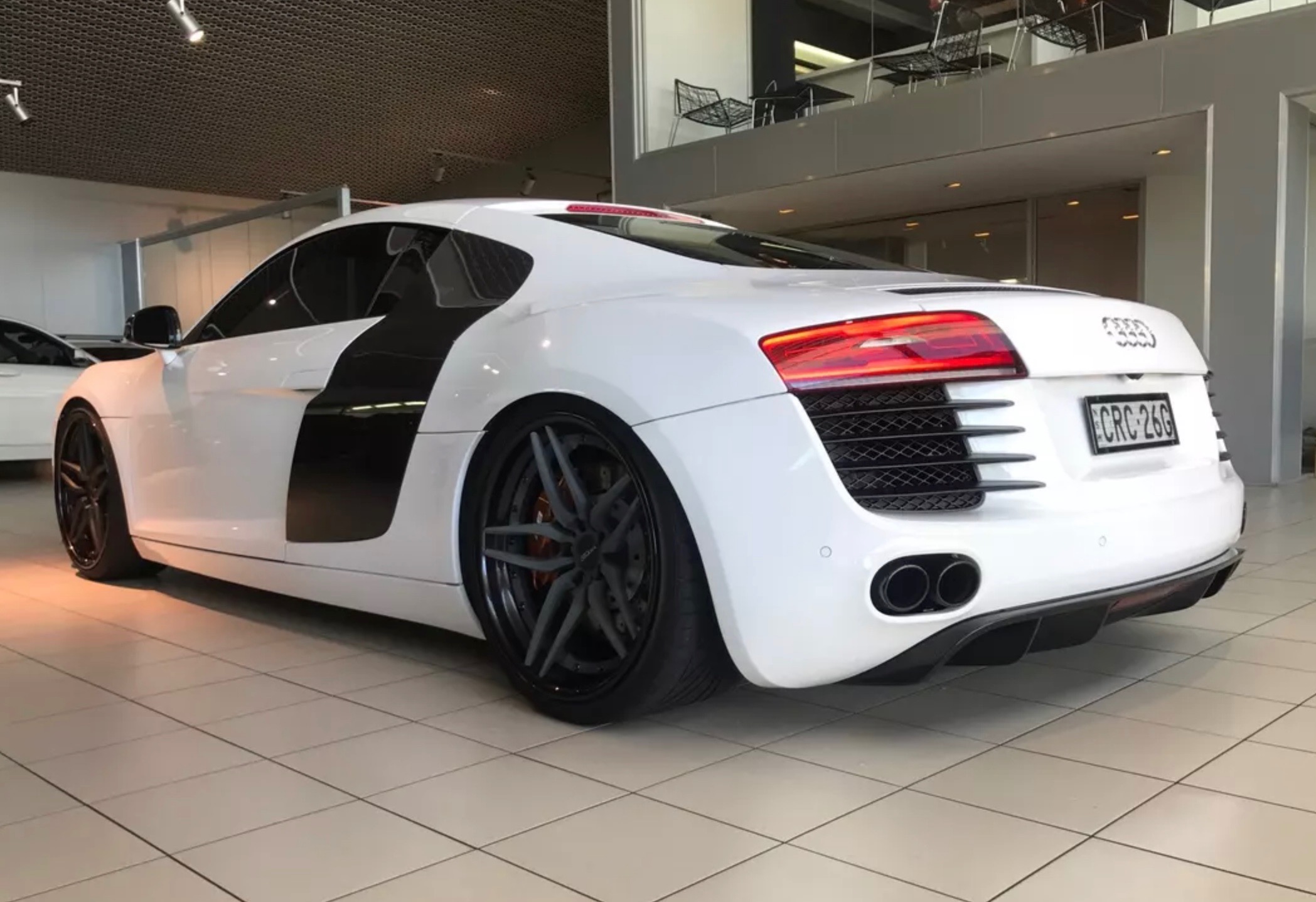 An interesting Audi R8 has popped up for sale on the used car market. Not only is it a rare Carbon Edition with a six-speed manual, but it also features a comprehensive twin-turbo kit. 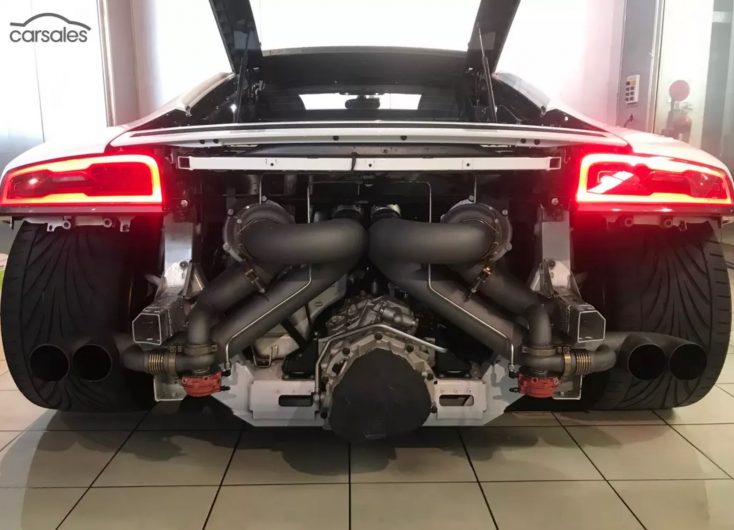 Yes, a twin-turbo Audi R8. The engine is the high-revving 4.2-litre V8 Audi unit. However, bolted on to it is a CFI twin-turbo kit which uses two Garrett GTX30/76 turbos, Tial wastegates and Turbosmart blow-off valves. There’s also a front-mounted heat exchange that links to a water-to-air intercooler.

The seller says the kit uses high-quality fittings and attention to detail, with ceramic coating, Wiggins clamps and Billet bits and pieces to ensure it all stays reliable. The result? According to the ad the car makes twice the power of the factory R8 V8. This puts it somewhere in the vicinity of 632kW (316kW X 2). 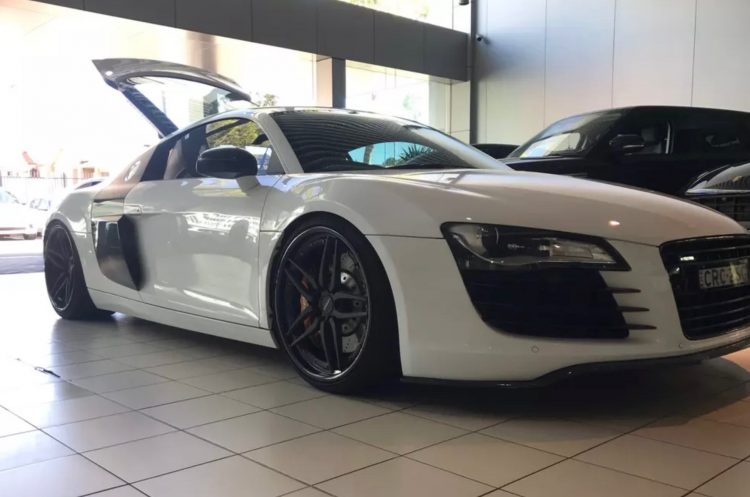 It’s not left there either. Modifications extend to a KW V3 coilover suspension conversion with a custom front and rear lift system, while a set of three-piece Trofeo forged alloy wheels made to size for the R8 have been fitted for a more exclusive look. The brake calipers have also been painted to match the wheel fittings.

For the body the owner swapped the taillights for the new model taillights, featuring dynamic LED indicators for that special touch, while a full carbon fibre kit has been optioned from factory adding further appeal. You’ll notice the side blades, mirrors, bodykit, and interior trimmings are made from the lightweight material.

According to the owner the car has been well looked after, and serviced every 5000km. The asking price is $179,000, which is a lot more than what the modifications cost, the seller says. Head over to the carsales ad for more details. It’s located in Sydney.