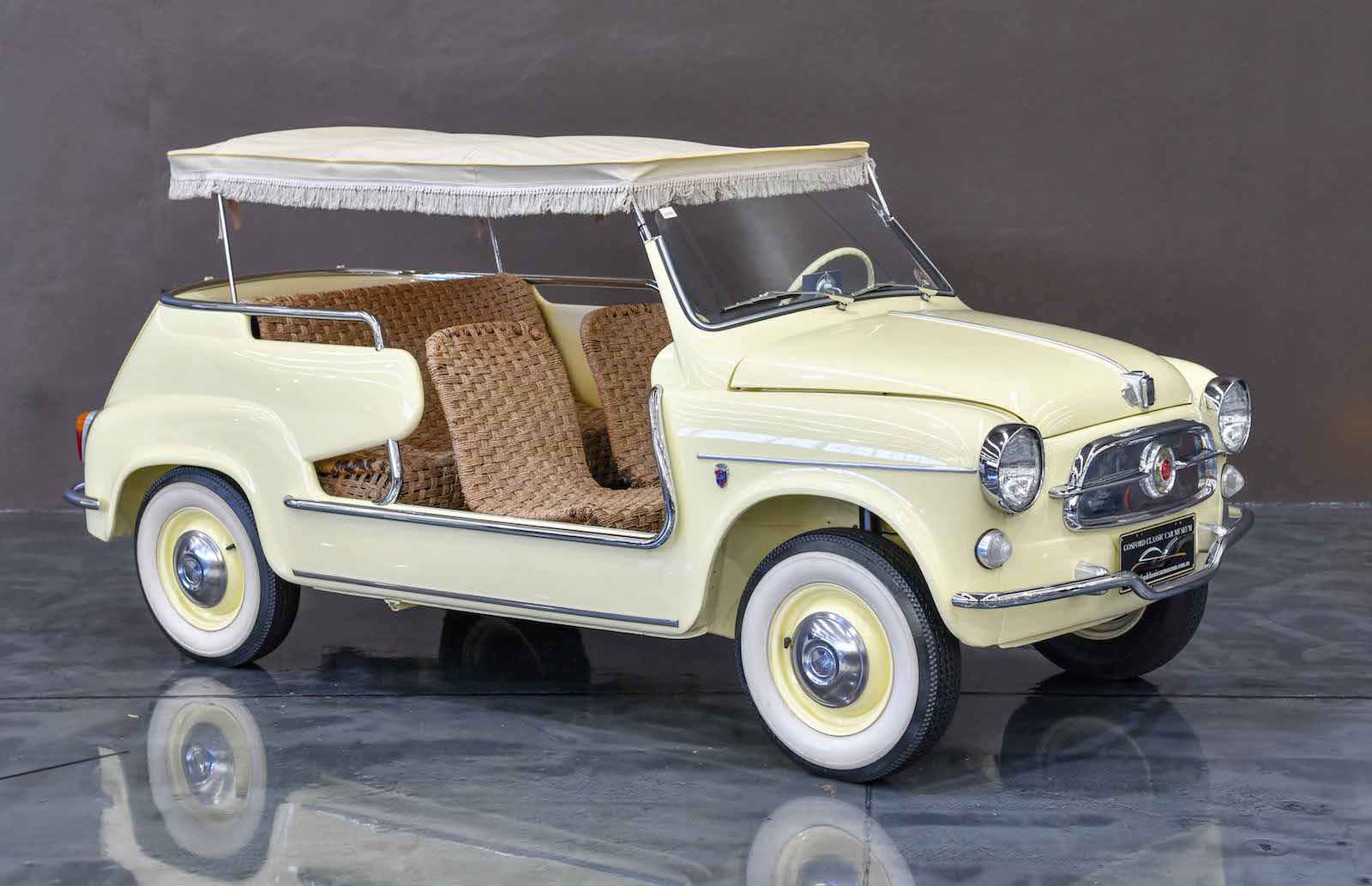 Are you sick and tired of the same boring new-model cars? Want something a little different, something with lots of character and charisma? Maybe you need this 1959 Fiat 600 Jolly. 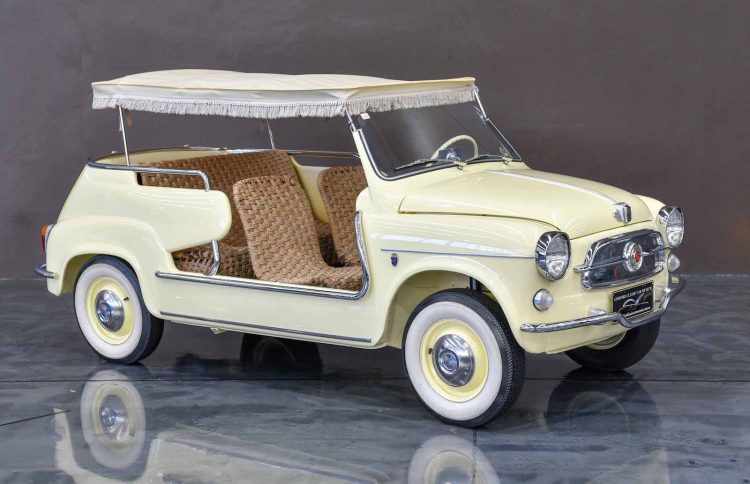 No, this isn’t a toy car. It’s real. And it’s for sale right here in Australia. As you can immediately tell simply from the name, this car is as happy as one could ever be. It’s based on the Fiat 600 only it has been given a complete makeover by Ghia. Only around 200 were ever made.

The perfect place for this is obviously at the beach. And that’s what it was actually designed for. Wealthy yacht owners could carry the car around with them, on their yacht, and then use it for transport when moored at exotic islands and beaches.

This example up for grabs was apparently used as a taxi on the island of Catalina; around 32 of the 200 were said to have been employed for this job. It was then imported to Australia in 2005 and underwent a ground-up restoration, including a rebuilt engine, reconditioned interior and seats, and a bare metal respray in beautiful cream. 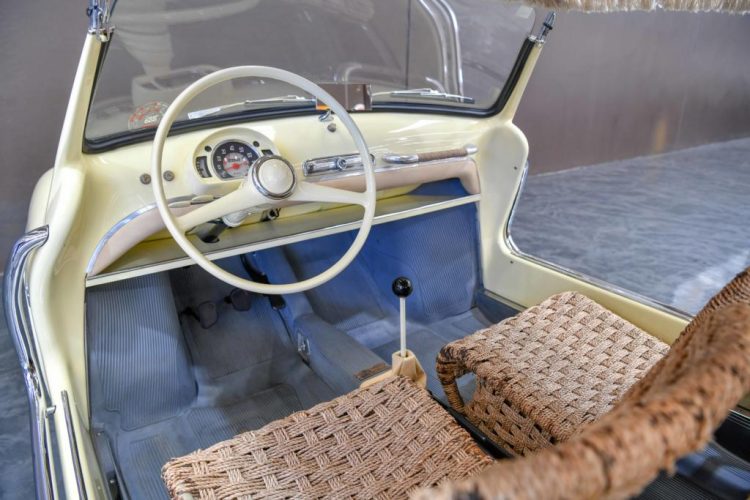 Under the engine cover is a 633cc powerhouse paired with a four-speed manual transmission. In its day the engine produced a mighty 15.8kW. Acceleration from 0-100km/h wasn’t possible as the top speed was only 90km/h. However, 0-80km/h, if you’re interested, was tested at 43 seconds.

The car is described as being in concours condition, and as you can see, all of the trimmings and original design treats are here. Check out those woven-style seats. And doors, who needs them? Seat belts? Nah, don’t worry about them. We love the frilled roof, which obviously provides plenty of protection against a light sprinkle, so long as wind is minimal.

It’s understood there are only around 100 examples of the Fiat 600 Jolly still left in the world, which makes this example a very rare case indeed. Lately, it’s been spending time at the Gosford Classic Car Museum in NSW. Price? $115,000. We’ll let you decide if it’s worth it. We think so. Head over to the Gosford Classic Car ad for more details.