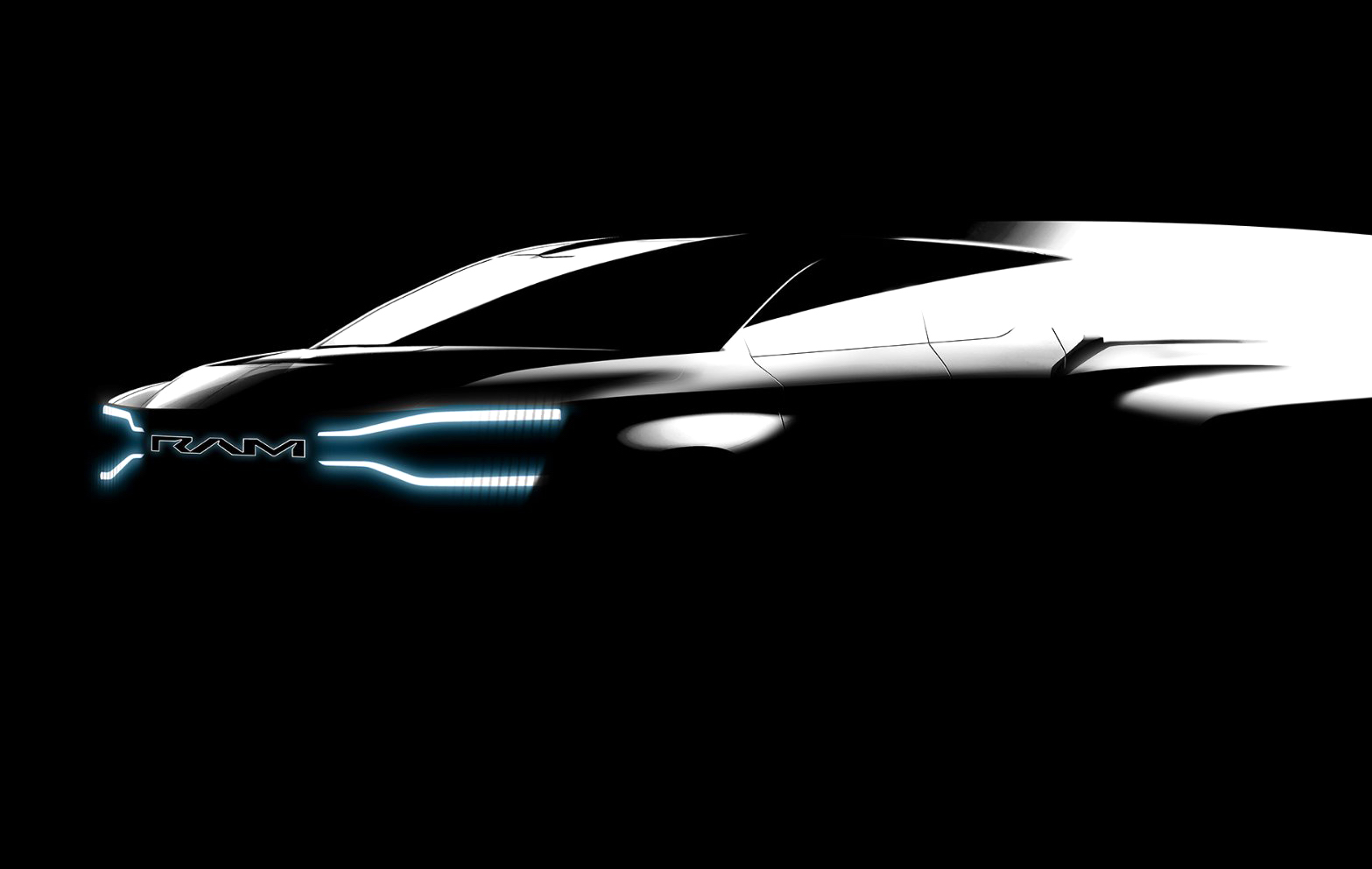 RAM has sent out a teaser of its upcoming all-electric pickup truck, based on the popular 1500. But don’t hold your breath, showroom entry isn’t set to take place until 2024. 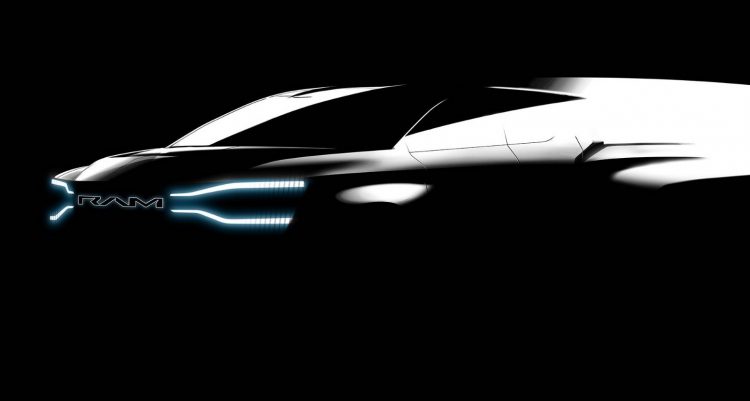 Rival brand Ford has already pitched its F-150 Lightning fully electric pickup, with deliveries set to commence later this year. The company has apparently already taken over 200,000 orders for the 318kW/420kW pickup as of December, and production is set to be filled up for the next few years.

General Motors has also unveiled its Chevrolet Silverado EV, with up to 495kW and a 0-60mph time of 4.5 seconds. It’s scheduled to launch in the USA in the middle of 2023. It’ll be available in a number of trim lines too, including a sporty RST variant. 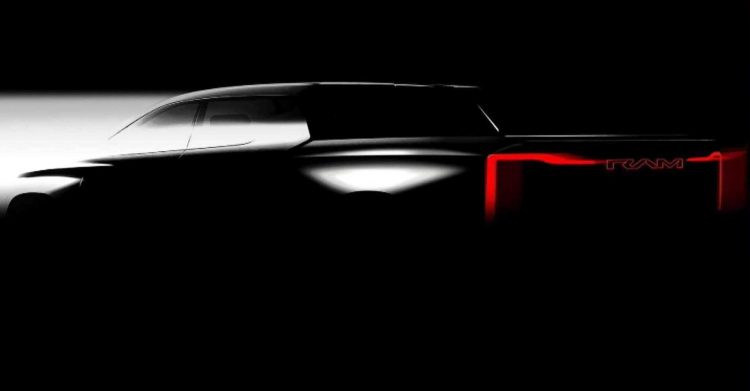 So what about RAM? Well, it is late to the party for starters, but it could boast some impressive figures. According to reports the RAM 1500 EV will be underpinned by parent company Stellantis’s STLA Frame platform, which could provide a range of around 800km, with battery capacities of up to 200kWh.

Judging by the teaser image, the 1500 EV will showcase a sweeping design with raked A-pillars for optimum aerodynamics. There’s also evidence of muscular wheel arches to give it that strong presence on the road, while the front end incorporates a unique headlight pattern with split LED daytime running lights. 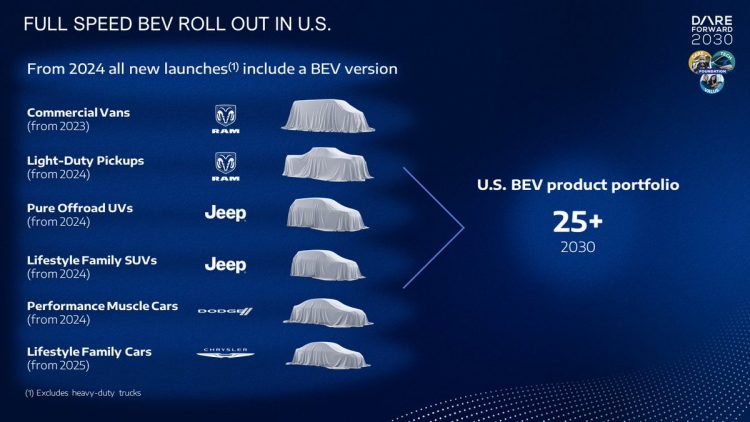 These images are perhaps only a guide though because it is early days. RAM may even show us a concept version initially, featuring typically cool but not necessarily legal things like huge wheels, special aero panels and cameras instead of side mirrors.

Stellantis is pushing forward with its electrifications plans, overnight announcing a ‘Dare Forward 2030’ initiative. With this it will launch 75 EVs by 2030. It also plans to only sell EVs in Europe by 2030 and 50 per cent EVs in the USA by 2030. It aims to be at carbon net zero by 2038.

Stellantis owns a number of car brands, including Fiat, Chrysler, Jeep, Peugeot and Citroen, Opel, and Alfa Romeo. All of these are set to be included in the mix of upcoming EV offerings. 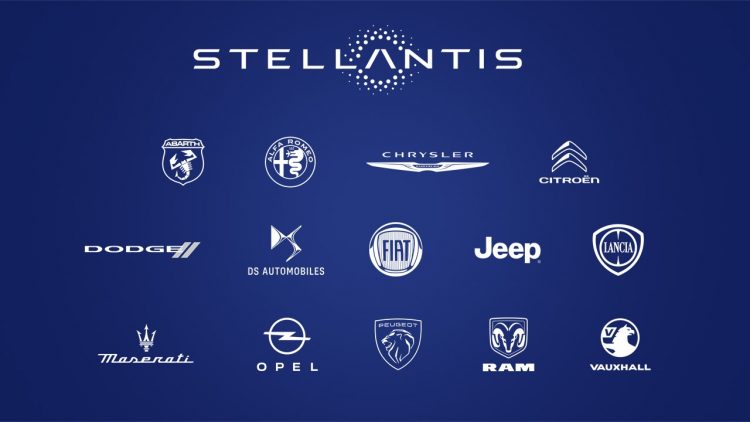