Although it is not yet official, the Ferrari 599 successor, codenamed the Ferrari F620, is set to be unveiled at the 2012 Geneva Motor Show early next month. It will feature a powerful V12 engine like its predecessor. 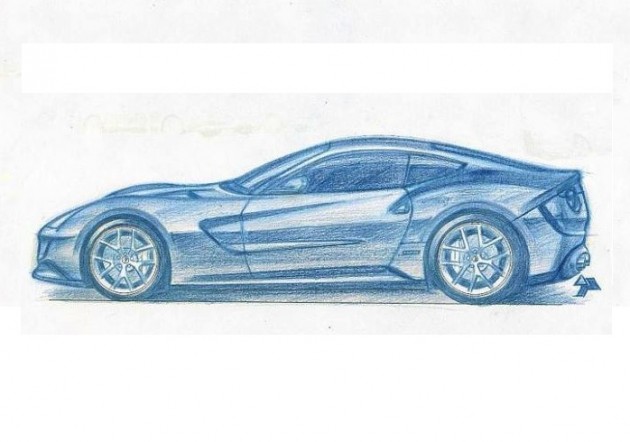 Ferrari is yet to name the new grand touring coupe, however, international media have said it will be called the Ferrari 620 GT. It is believed the new model will be powered by a 6.3-litre V12 engine, similar to the one seen in the Ferrari FF.

Using technology such as direct injection, power levels are expected to be up around the 522kW mark (700hp). Power will be sent through a dual clutch seven-speed automatic sports-based transmission, and into the rear wheels.

Even though Ferrari hasn’t specifically said the new model will be on display at Geneva, Ferrari boss Luca di Montezemolo recently said that the company has big plans for the show, with the unveiling of a “revolutionary new car”. He said,

“We now have a complete range of models which will be joined in a few days time at the Geneva Show by a new 12-cylinder. A revolutionary new car that delivers extreme performance and unprecedented power output.”

A sketch purporting to showcase the styling of the new model has been circulating on the internet, showing an aggressive new design. A spy image has also surfaced, showing, reportedly, the rear end design of the new coupe in prototype stages.

We’ll have to wait until March 6 to know for sure. Stay tuned. 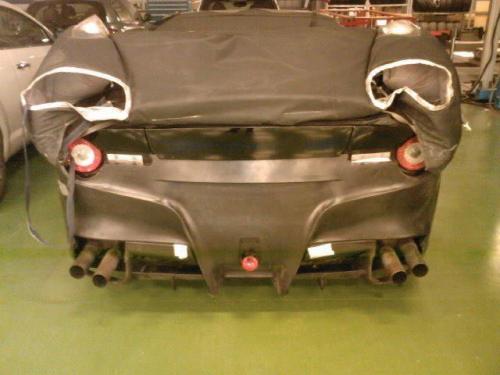