Ferrari is set to unveil the Ferrari 458 Spider at the 2011 Frankfurt Motor Show next month, around one month before the new 458 drop-top is expected to hit showrooms in Europe. 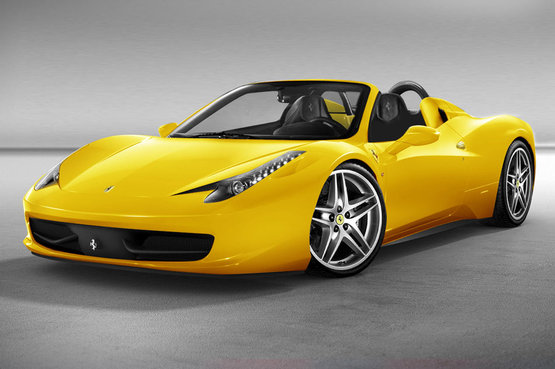 If the latest Ferrari sales figures are anything to go by, the Italian supercar maker is in a good place. With plans to launch the successors to the 599 GTB Fiorano, and Enzo in 2012, Ferrari has a lot to look forward to.

The long-awaited Ferrari 458 Spider has been widely talked about by the press, wondering if the hero car will sport a tin or fabric flip top.

Rumors suggest it’ll be an electric folding hard-top design, replacing the F430’s soft-top. This design, also seen on the Ferrari California, will be a first in the Ferrari 458 segment.

The 458 Spider will apparently be a tiny bit slower than its static roof brother due to the extra weight added by the electric roof arrangement.

Tell us, if given the chance, would you want to drive the coupe, or the convertible?