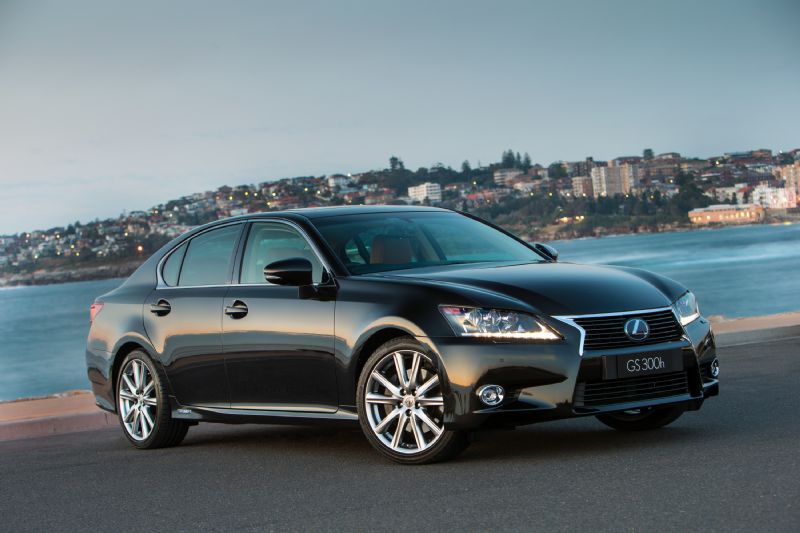 Lexus has announced some revisions for the 2014 GS sedan lineup in Australia with the introduction of the new GS 300h hybrid, as well as an eight-speed sports auto for the GS 350 models. 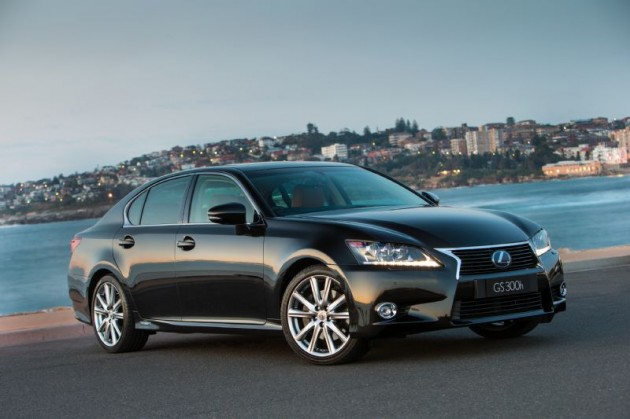 With two hybrid variants on offer, customers now have the option of two GS models to chose from that have been given the full five-star rating by the Federal Government’s Green Vehicle guide.

The GS 300h, sitting beneath the existing GS 450h, features the same powertrain that debuted in the IS 300h earlier this year. It consists of a 2.5-litre four-cylinder hybrid with an overall output of 164kW. Fuel consumption for the combined cycle is just 5.2L/100km.

Like most of the GS lineup, the 300h is available in three trim guises including the Luxury, the F Sport, and Sports Luxury. Each package together an array of equipment and conveniences relevant to the model grade. 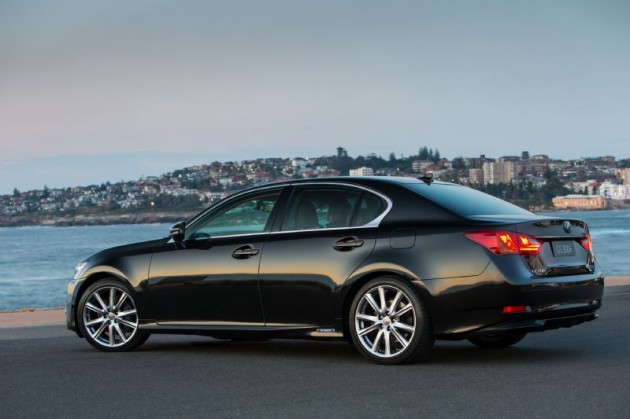 “Lexus is the luxury hybrid pioneer and the introduction of the GS 300h has a significant part to play in the continued growth of hybrid vehicle sales in Australia.

“GS 300h brings the total number of Lexus hybrids on sale up to seven, and we believe that this will help us achieve our goal of a 50/50 split in sales of hybrid and conventional engine vehicles in the future.”

Also new for the 2014 GS is the introduction of the fantastic eight-speed sports automatic for the ‘350’ variants. It replaces the six-speed auto, and is derived from the unit that backs the high performance IS F V8 sedan.

Other updates include a revised head-up display now with sat-nav, audio, and vehicle speed info, as well as 19-inch alloy wheels (up from 18s) and standard fitment of Lane Keep Assist for all Sports Luxury variants. Lane Keep Assist is also optional for 350 and 450h F Sport models.

Prices have been slightly altered for the updated range, with minor savings for the entry-level models and some increases for the high-end versions. See below for the complete price list (excluding on-road costs):