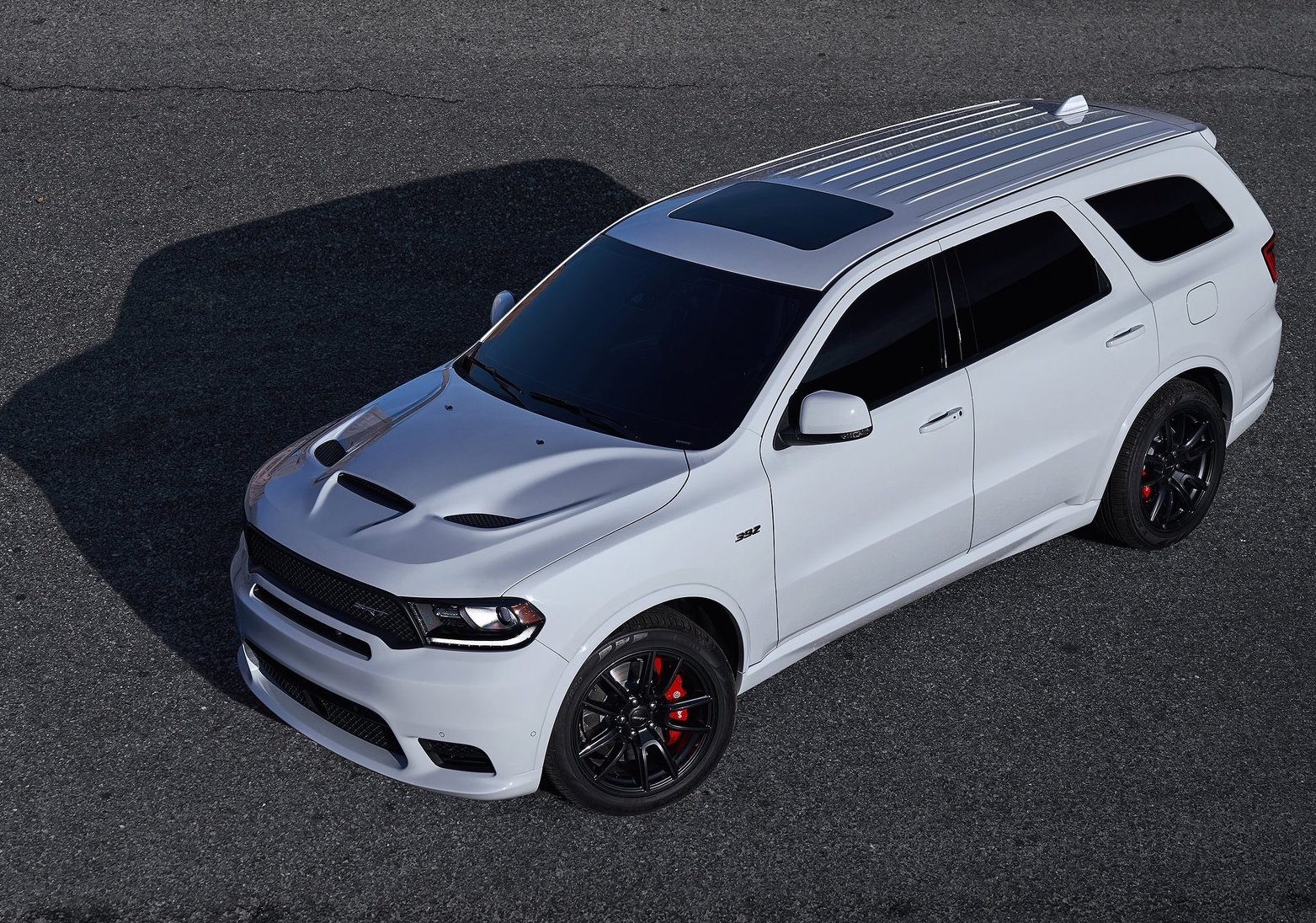 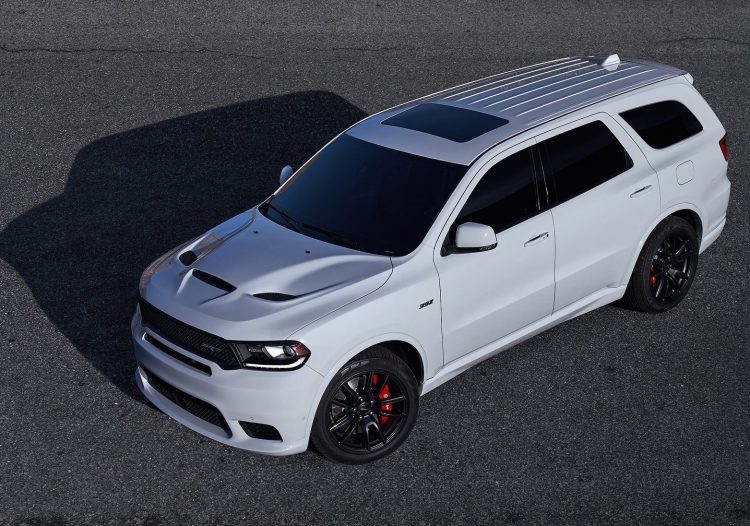 Based on the Durango, which is a full-size family SUV sold in the US, this version is given a comprehensive makeover by the folks at SRT. It follows in the footsteps of other Chrysler and Jeep SRT models, coming equipped with amplified performance in almost every area.

This is, according to Dodge, “Americas fastest, more powerful and most capable three-row SUV” on the market. It comes with a 6.4-litre HEMI V8 that develops 354kW, translating to a quarter mile time of 12.9 seconds, and a 0-60mph time of 4.4 seconds.

Behind the engine is a TorqueFlite eight-speed automatic transmission with all-wheel drive, while stopping power is provided by 15-inch front and 13.8-inch rear disc brakes clamped by Brembo six-piston front and four-piston rear calipers.

Like other SRT models, the Durango SRT features a menacing bodykit with a unique front grille and bumber bar, big air intakes, and heat-extraction vents in the bonnets. There’s also a set of 20-inch alloy wheels wearing 295/45 tyres.

Inside are some Laguna leather-appointed seats, carbon fibre trimmings, a hand-wrapped instrument panel, specific SRT flat-bottom steering wheel, and a 180mph speedo, with plenty of SRT logos throughout.

Unfortunately for Australians this won’t be heading Down Under any time soon. It will go on sale in America though, during the fourth quarter of this year.