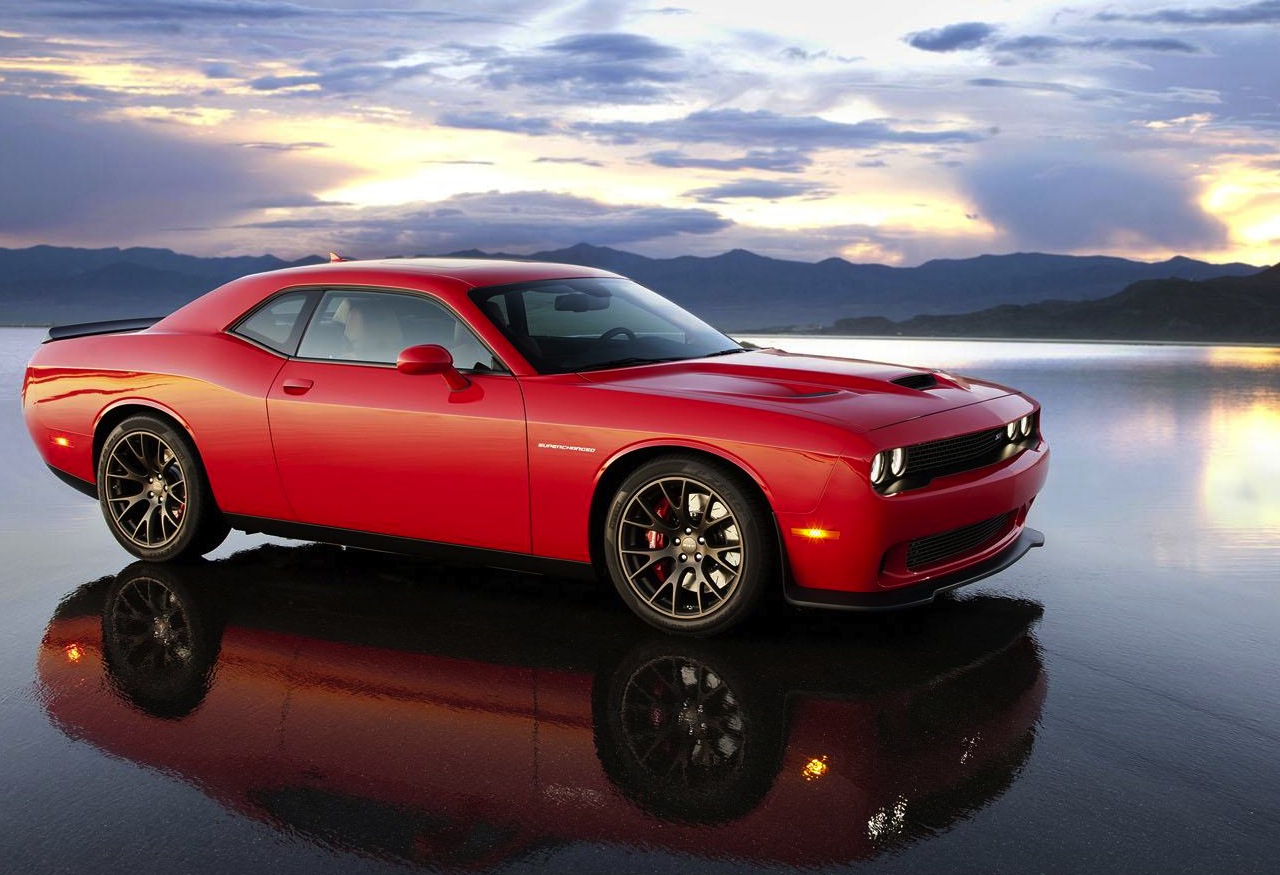 The highly anticipated Dodge Challenger SRT Hellcat has finally been unveiled. This is the company’s most powerful V8 production car it’s ever made. 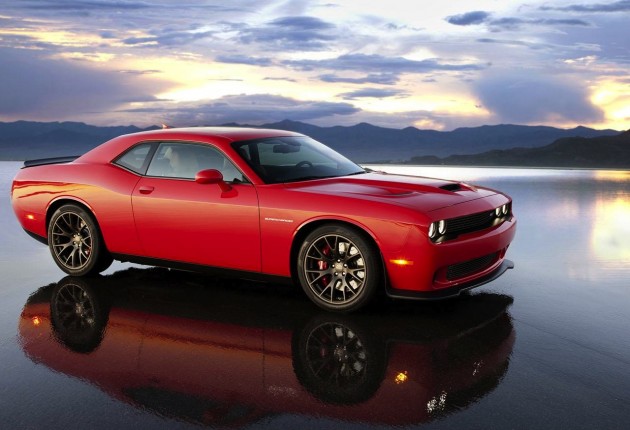 Even the name says it all, ‘Hellcat’. It’s the badge given to the flagship variant of the 2015 Challenger range, and it comes with various high-performance features and high-tech components.

Starting with the base SRT, the new model is powered by a 6.4-litre naturally aspirated HEMI V8 producing 361kW of power and 643Nm of torque. This is an increase of 11kW from the previous model. We could soon see this engine tune in an upcoming Chrysler 300 SRT8 in Australia (currently 347kW).

If that’s not enough oomph for you, you need to get your hands on the Hellcat. It comes with a supercharged 6.2-litre HEMI V8 producing a mammoth 450kW of power. Dodgle says the engine develops “600-plus horsepower”, which means it’s actually over 450kW. 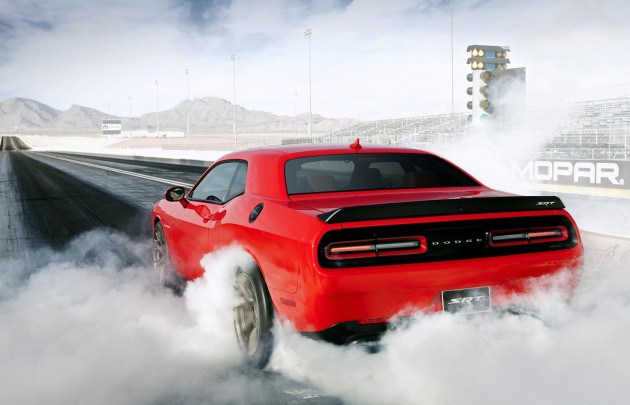 Although it becomes the company’s most powerful production V8 ever, it doesn’t quite trump its rival Ford Mustang GT500 which produces 494kW. We’re sure not many are going to be complaining though. Performance acceleration figures are yet to be revealed.

For all of the tech geeks out there, the new engine is the company’s first supercharged V8. It uses a forged steel crankshaft which has been damper tested to 13,000rpm. There’s also forged alloy pistons, powder-forged conrods with diamond-like carbon-coated piston pins, and heat-treated aluminium heads.

The mighty engine will be available with either a six-speed manual transmission, for all the real men out there, or a new TorqueFlite eight-speed auto. 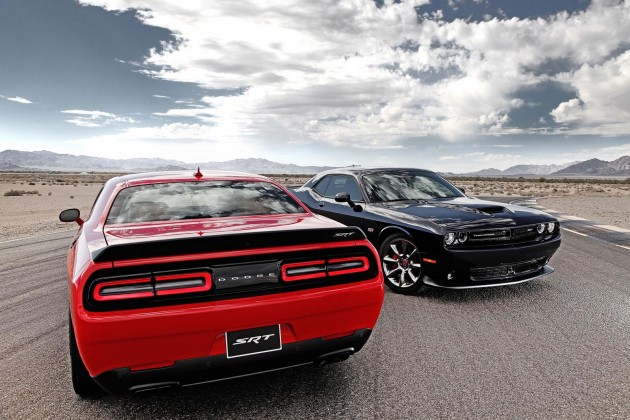 In other areas the SRT Hellcat comes with 20-inch lightweight forged alloy wheels in matt black, whopping 390mm Brembo brakes – the largest ever fitted to an SRT model – as well as sports adaptive suspension, and a suite of driving modes which adjust the steering, dampers, and power output.

This is a very exciting muscle car for Chrysler and V8 fans. It’s expected to be a hit with enthusiasts and tuners. Tim Kuniskis, president and CEO at Dodge Brand, Chrysler Group LLC, said,

“The new 2015 Dodge Challenger SRT Hellcat is the ultimate performance muscle car. Dodge is the Mainstream Performance brand, and now combined with SRT, we are able to unleash a true GT car with an all-new driver-focused interior and the TorqueFlite eight-speed transmission combined with the most powerful V-8 Chrysler has ever produced. The Challenger Hellcat has been released!”

Interestingly, the SRT Hellcat will come with two separate key fobs. A normal red one, and a black one which limits the engine’s power output. This is a great idea if you don’t trust your partner or friends driving your 450kW-plus muscle car.