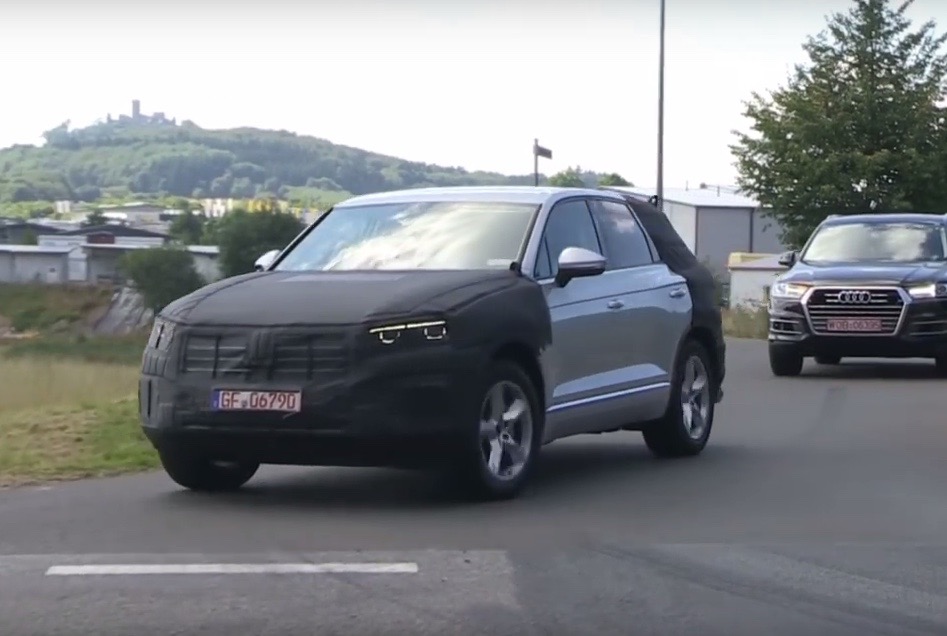 Volkswagen is very busy with its post-dieselgate product plans, which includes a lot of electrification, including a 400km-plus range people’s car by the end of the decade. 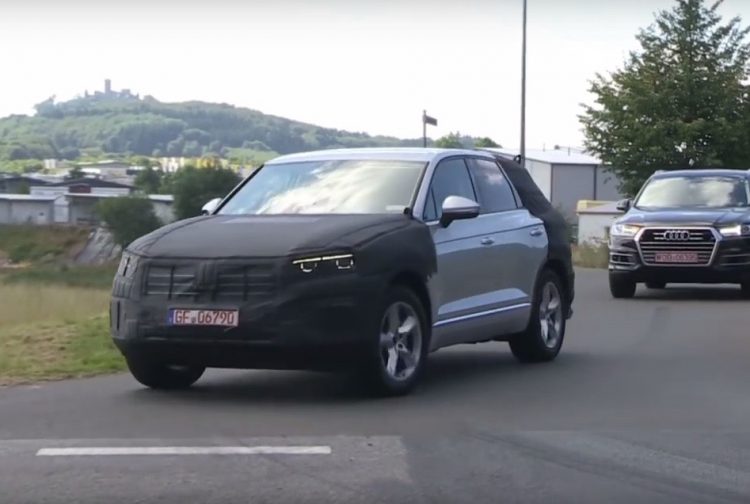 One vehicle that might not have suffered too much from the scandal is the next-generation Touareg, seen here undergoing European testing in this video. The new Touareg is set to utilise Volkswagen’s MLB architecture, shared with the majority of large-ish Audis. A Q7, which also shares the SUV variant of this toolkit, is seen testing alongside the new Touareg for reference.

The 2018 Touareg will be the most prestigious new VW SUV, with a more mass-market-oriented Teramont in the works based on the MQB transverse matrix. However, the new Touareg will be at the bottom of the MLB SUV food chain, which also consists of Q7, Bentley Bentayga as well as upcoming Porsche Cayenne redesign, and Lamborghini’s hotly anticipated Urus SUV.

Engines should consist of petrol and diesel six and V8 engines, possibly including a new 4.0-litre diesel V8 and some hybridisation. Styling is expected to borrow closely from the T-Prime concept.

The 2018 Touareg will have some fierce rivalry from an all new Mercedes-Benz GLE, carbon fibre intensive next-gen BMW X5, and the new Lexus seven-seat crossover. Expect the new Touareg to be shown next year at one of the premiere auto shows.