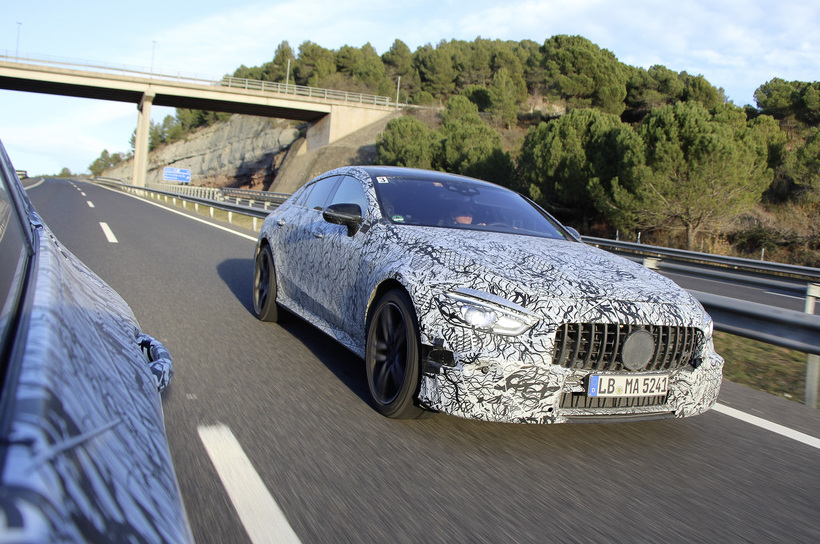 Mercedes-Benz has confirmed it will unveiling the all-new four-door AMG GT model at the 2018 Geneva Motor Show next month. It will join the range of two-door GT performance models. 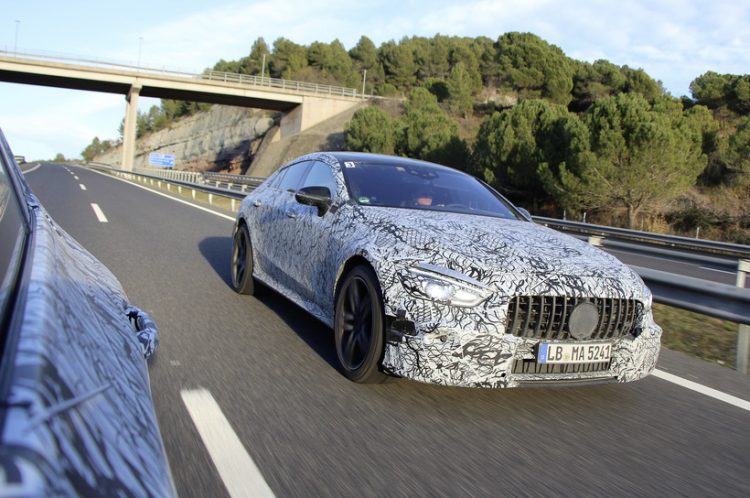 We’ve already seen a preview of the new model with the AMG GT Concept car of 2017. This official teaser shot shows a prototype cruising along the highway, sporting a similar front end design as the two-door. However, there is heavy camouflage and cladding around the bumper bar. A statement handed out hasn’t provided many specifics. It said:

“Shortly before its world premiere at the Geneva Motor Show, numerous trial vehicles of the new, four-door Mercedes-AMG sports car are undergoing testing all over the world. With the new model, the sports car and performance brand in Affalterbach is adding a four-door coupe to the AMG GT family.”

It is a somewhat confusing model, as it will come in as a slightly lighter, smaller and more nimble brother of the CLS 53 AMG model, with no new CLS 63 AMG to be made. This essentially means it will come in to replace the CLS 63.

Power is expected to come from AMG’s 4.0-litre twin-turbo V8, which currently produces 350kW or 384kW in the S variant. Since the four-door is likely to be a bit heavier than the two-door, with more of a grand touring focus than pure agility, there has been speak of the 450kW engine being installed, taken from the E 63 AMG S.

In other areas the four-door GT is set to come with a range of performance features, such as an active aero kit and big rear wing, a trick differential, big wide wheels, eye-popping brakes, and a crackling bi-modal exhaust.

A more evolved prototype was spotted last week, posted on Facebook, showing aggressive styling compared with this prototype teaser. We’ll get a good look in just a few weeks anyway, with the Geneva show starting on March 6. 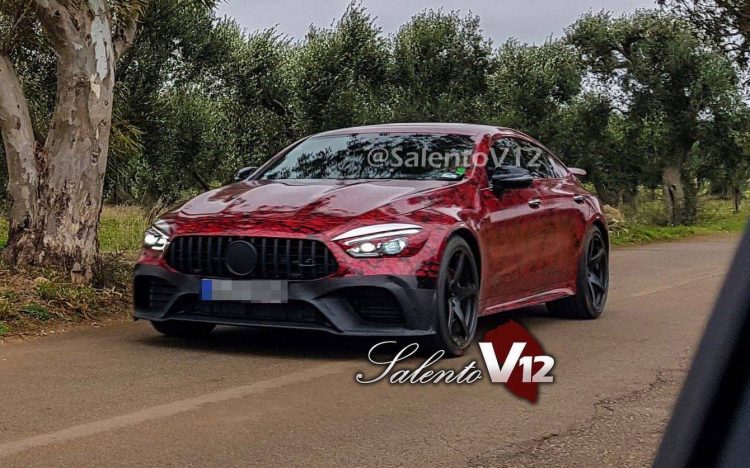