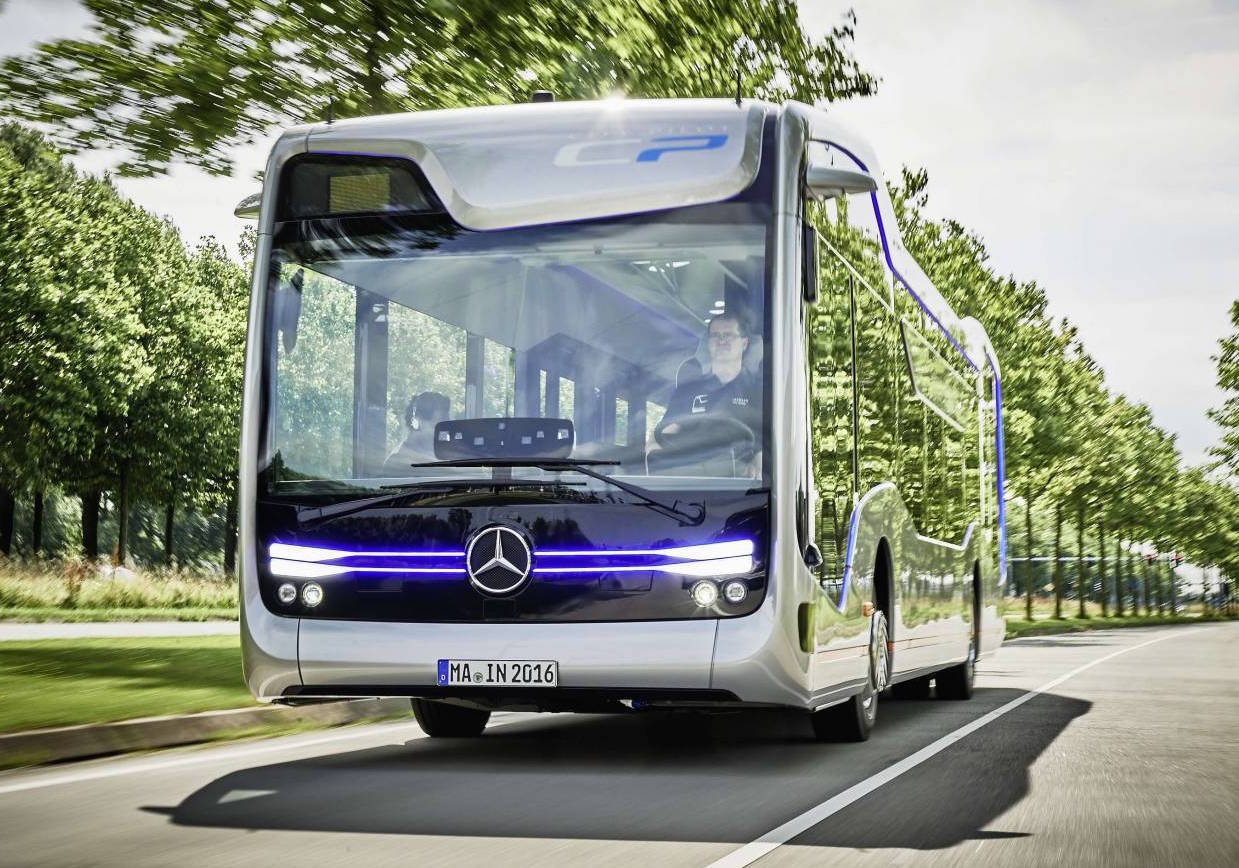 Mercedes is showing off an autonomous bus which might make friendly (and rude) bus drivers around the world slightly nervous. Called, aptly enough, the Future Bus, it uses technology developed from its autonomous truck concepts to point the way forward for public transport. 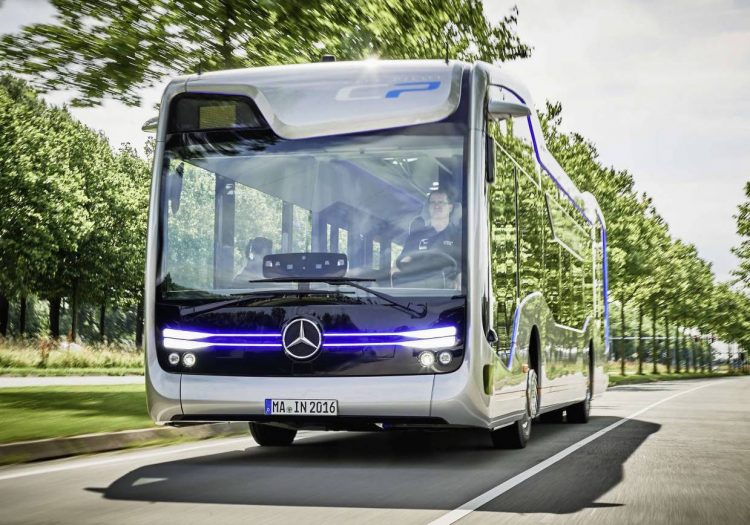 It uses a system derived from the Highway Pilot of Actros-truck-based prototypes, called City Pilot. It utilises 10 cameras, long and short distance radar and navigation data to recognise traffic lights and pedestrians.

It can detect objects up to 200 metres ahead, and stop automatically if a hazard is detected with “centimetric precision”. The bus can recognise challenging road environments as well, such as tunnels and intersections and uses its autonomous brain to calculate the most efficient, least time-consuming route on what the brand calls Bus Rapid Transit (BRT) lanes. 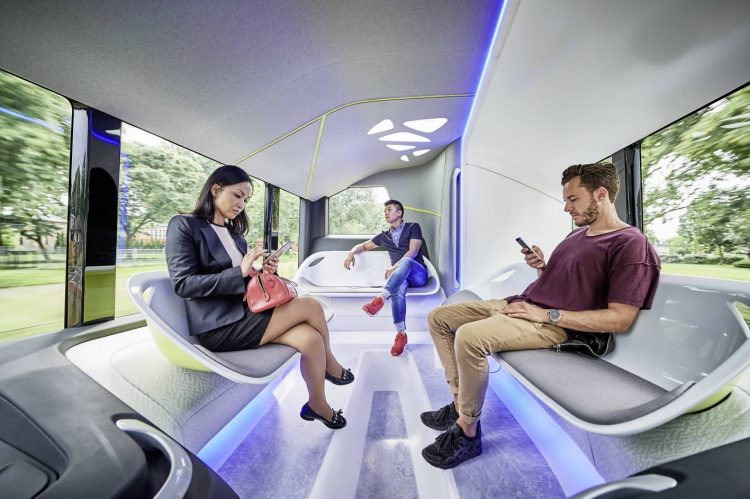 Legislation dictates the driver still has to sit behind the wheel at this stage but the bus has been tested on Amsterdam’s 20km rapid transit airport route. Tests on home soil begin in Stuttgart, now the government has given the green light.

Check out our Top 10 Visions of Trucking Future for more hyper-futurism, bus and truck style.