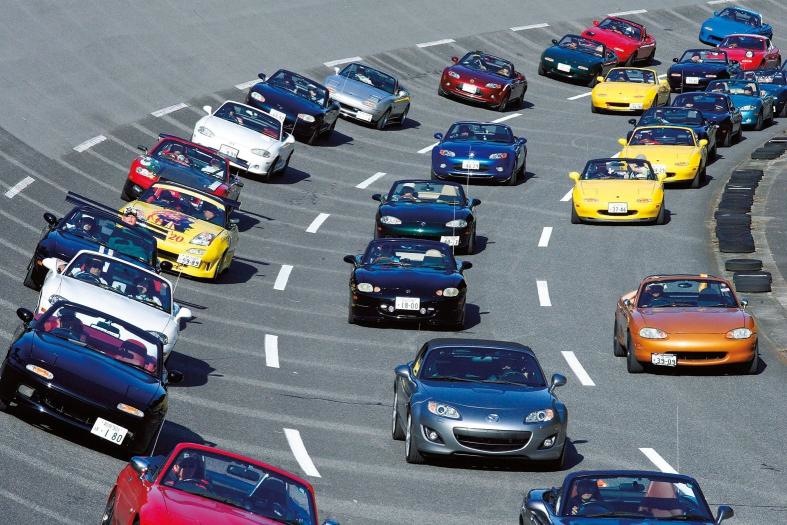 Mazda is planning to reset the record books next month by putting together the world’s largest parade of Mazda MX-5 sports cars. The company hopes attract as many as 800 cars for the special event, which will take place in the Netherlands. 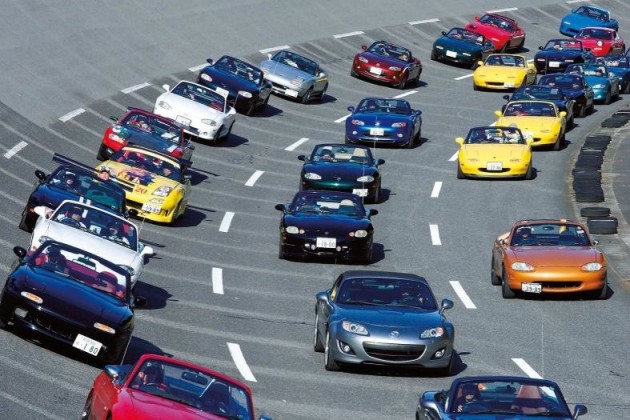 The previous record for a Mazda MX-5 parade stands at 459 cars, which was set in Essen in Germany in 2010 (as pictured).

To mark the occasion, a special event, called IMAX-5 2013, will be set up in the RDW Test Centrum in Lelystad, where a 15km tour will start travelling around the Dutch polder landscape.

A range of other activities will be set up on the day, including the opportunity to test drive Mazda’s latest SKYACTIV models, demonstrations of the Ribank Mazda MaX5 Cup racers, and a showcase of Van Herck Racing’s Mazda MX-5 20B racer, featuring a three-rotor engine conversion.

As a final tribute, Mazda will also show a special screening at the Europe’s largest drive-cinema commemorating the success of the open-top sports car. Global sales of the MX-5 have already passed 900,000, with 1,000,000 just around the corner.

The event will take place on June 15. MX-5 owners who are interested in taking part in the parade can register at the IMAX-5 2013 website.