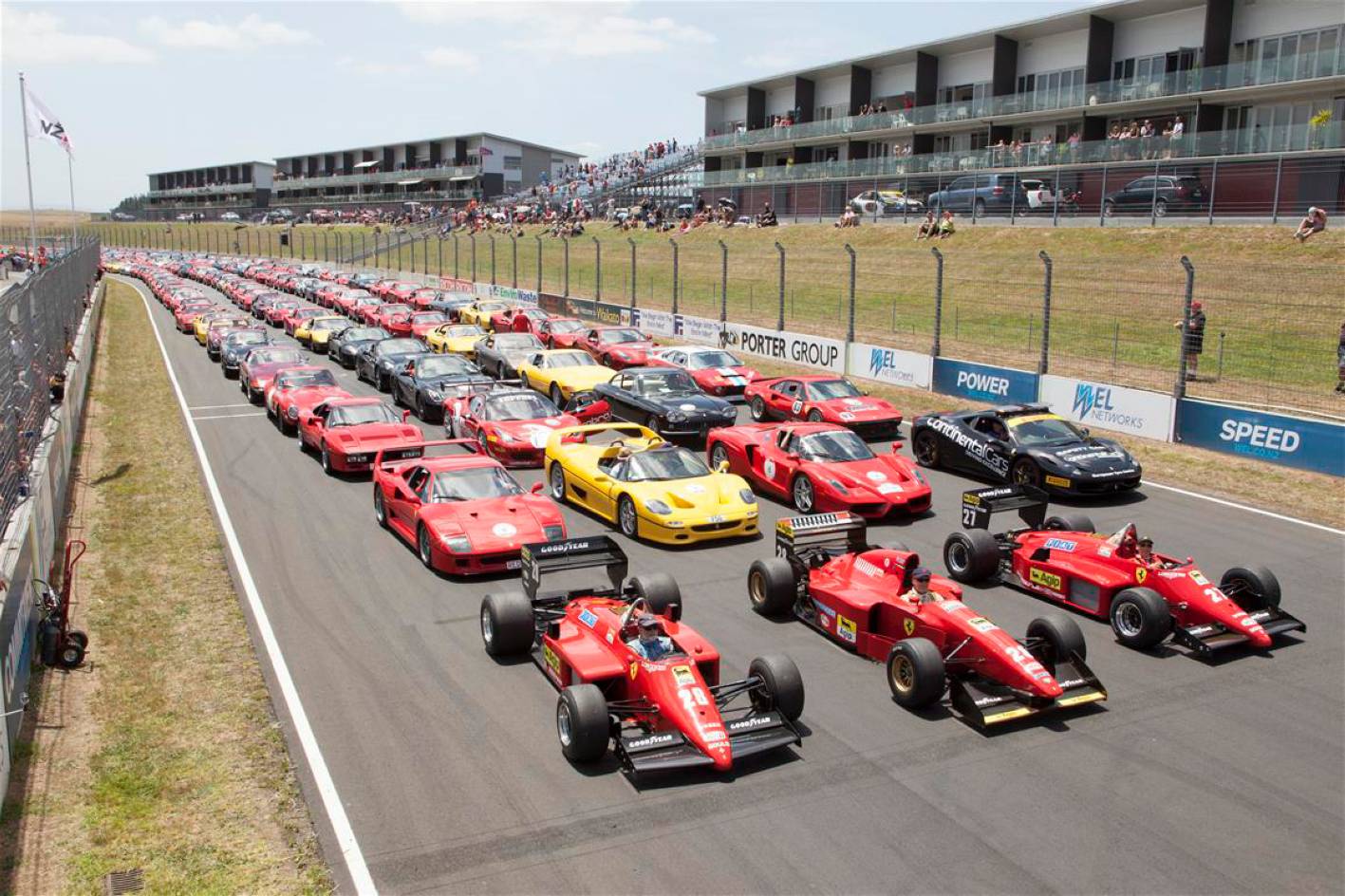 A new record was set in New Zealand over the weekend, with a lineup of 140 Ferrari vehicles on the grid at Hampton’s Down MotorSport Park. Although it wasn’t a world record it was a record for the most amount of Ferraris at one place in New Zealand. 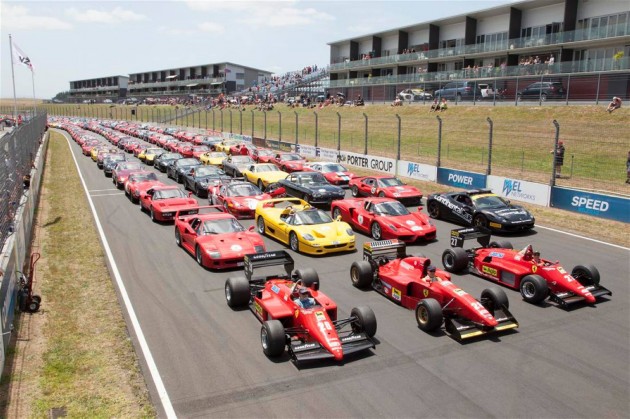 The collection included a vast variety of Ferrari cars, including the 430 Scuderia, the 599 and 612, and even examples of the iconic Ferrari F40, F50, and Enzo. To top if off, a number of Ferrari F1 cars were also part of the spectacle.

Organised by the Ferrari Club of New Zealand, the club had an aim to get as many Ferraris together as possible. And, well, the result was a spectacular display for all the fans – imagine the trackside soundtrack.

The event meshed in with the New Zealand Festival of Motor Racing, which is organised by the Historic Racing Club. Ferrari Australasia CEO Herbert Appleroth spoke about the event, saying,

“Ferrari has a long and rich history in New Zealand and last weekend illustrated the popularity and spirit of the Prancing horse marque in NZ.

“The Ferrari Owners Club, along with the event organiser have created a New Zealand record with 140 Ferrari’s on track at the same time.”

The world record for a Ferrari collection at one place was set in 2012 at Silverstone circuit in the UK, where up to 964 Ferraris paraded around the track.