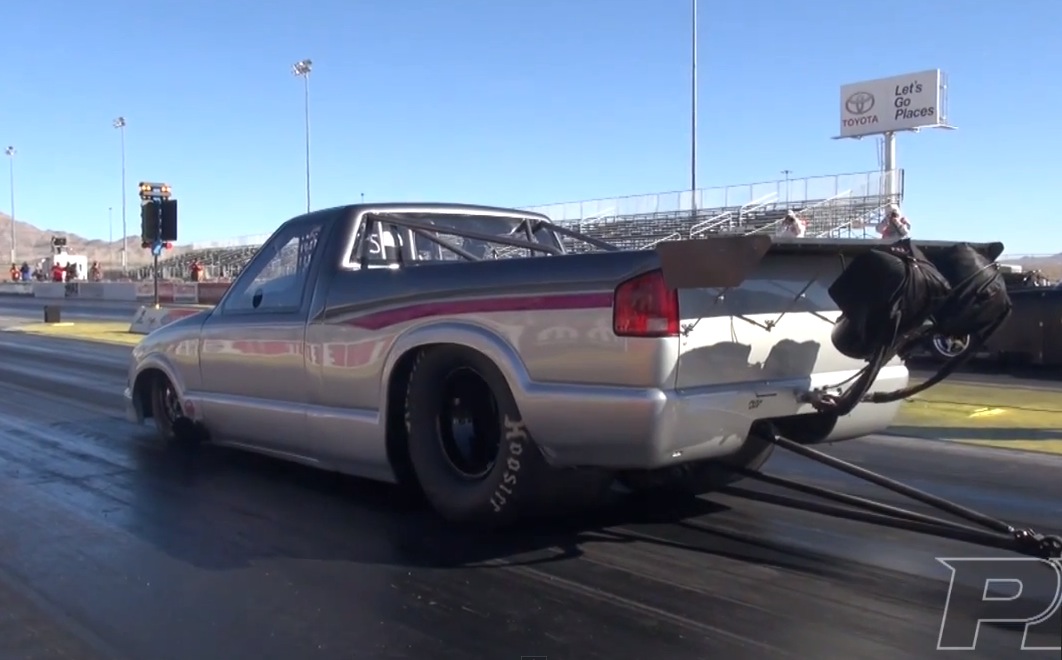 Think your street car is fast down the quarter mile? Think again. There’s a street-registered 1998 Chevrolet S-10 truck in America running 5.95 seconds at 393.5km/h. Did we mention it’s road-legal? 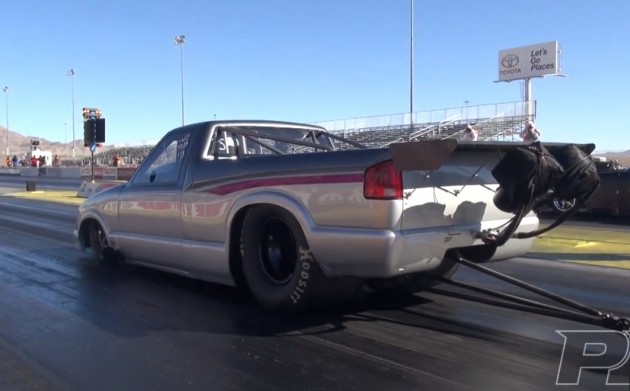 Feeding the S-10 fuel is two Aeromotive in-tank fuel pumps which then feed an upper and lower row of Precision injectors. The ute runs on alcohol when running crazy numbers at the track, but switches to petrol when it needs to be used to duck down the shops for some milk (apparently).

Power is transferred to 40-spline rear axles via a three-speed automatic transmission that uses a Pro Torque converter. The only part of the chassis that shares anything in common with the S-10’s original underpinnings is the front window frame, which is where the VIN number is located… allowing this insane monster to wear a set of number plates.

It’s said that the owner (Larry Larson) drives his ute between drag tracks, clocking up thousands of kilometres in the process. If you see this thing at a set of traffic lights, forget trying to drag it off as you’ll have zero chance.