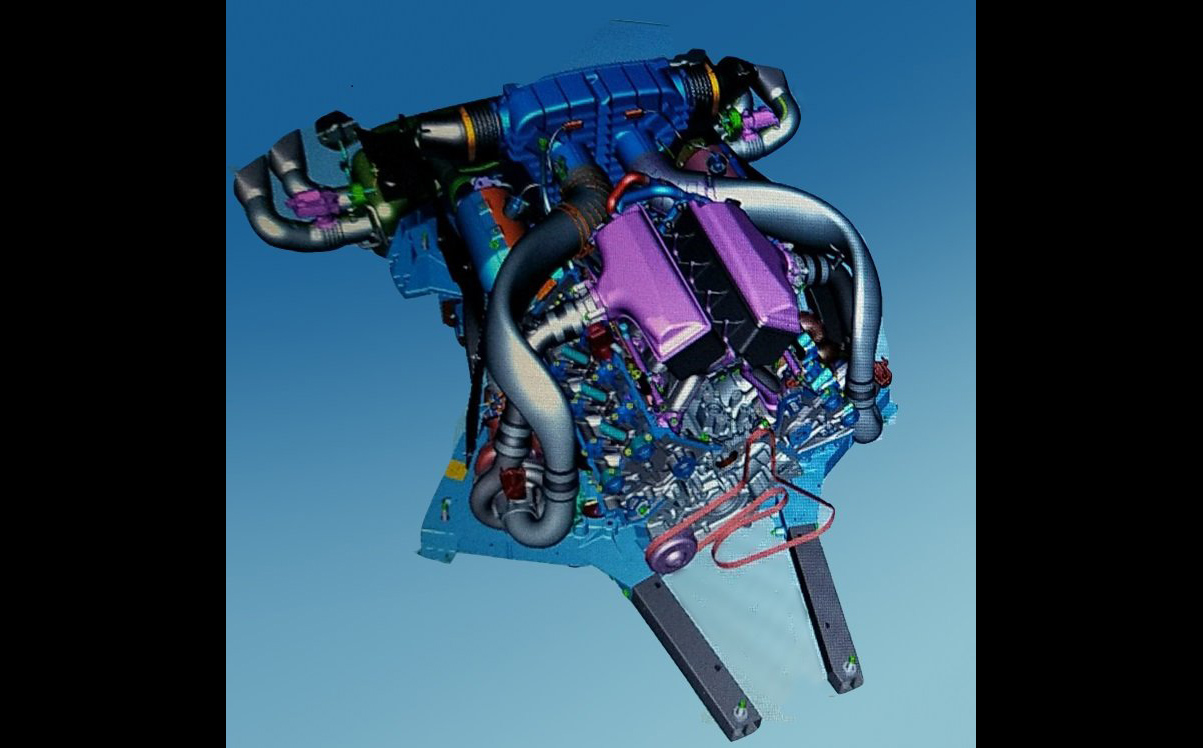 A digital CAD (computer-aided design) rendering of the next-gen Chevrolet Corvette C8 V8 engine, known as the LT7, has surfaced online, showing some details of a twin-turbo layout. 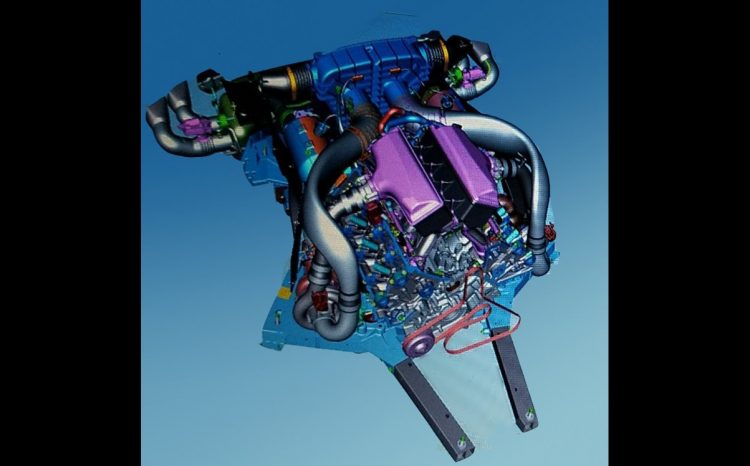 The rendering was posted on Twitter, with the poster saying it is the C8 Corvette engine. It features double overhead camshafts (DOHC), which will be a first for a Corvette, as well as a serious twin-turbo system (also a first).

Interestingly, it doesn’t appear as though the intake air is cooled via an intercooler of any sort. The compressor pipes feed air straight into a pair of planum chambers and intake runners. Unlike most of the modern turbo V8s to come out of Europe, this LT7 engine uses a conventional manifold setup too, with the exhaust on the outside of the cylinder banks.

It’s been rumoured for a while now that the next Corvette would switch to a mid-engined layout. This engine rendering shows the exhaust outlets right behind the engine, which simply would not work in a typical front-engine layout.

There’s no word on how much power it will produce, or what size it is. According to reports it’s likely to be a 5.5-litre unit, although there has been speak of GM downsizing into the 4.0-litre region. Either way, it should be a much more efficient engine than the existing lineup of pushrod, naturally aspirated Chev V8s.

Switching to a mid-engine configuration should allow engineers to create a serious driver’s car with the C8, with optimum balance being the key drawcard. This should also help put the ‘Vette into the ring with some of the serious European contenders including the Lamborghini Huracan and Ferrari 488 GTB.