BMW Australia has released a nice little video showcase of the 2012 BMW M5 local launch at Phillip Island. As you’ll see, there’s plenty of sideways malarkey and fun for all to be had with the new M5. 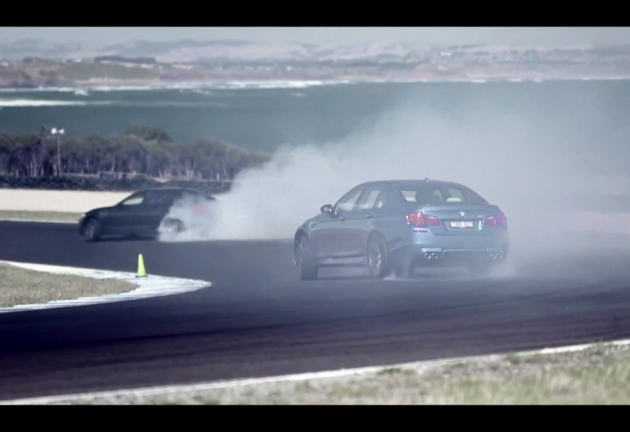 Just to refresh your memory, it comes with a 4.4-litre twin-turbo V8 producing 412kW of power and 680Nm of torque. It”ll smash 0-100km/h in 4.3 seconds, while top speed is electronically limited to 250km/h, although de-limited versions have seen 300km/h.

The M5 is available now in Australia. Prices start at $230,000. Click play below to witness its potential on the track.