There’s no denying the Camaro is a great platform to go modification crazy. German tuner GME Exclusive has waved its magic over the Chevrolet Camaro SS and come up with a monster that pumps out close to 460kW thanks to a bolt-on supercharger and a host of other goodies. 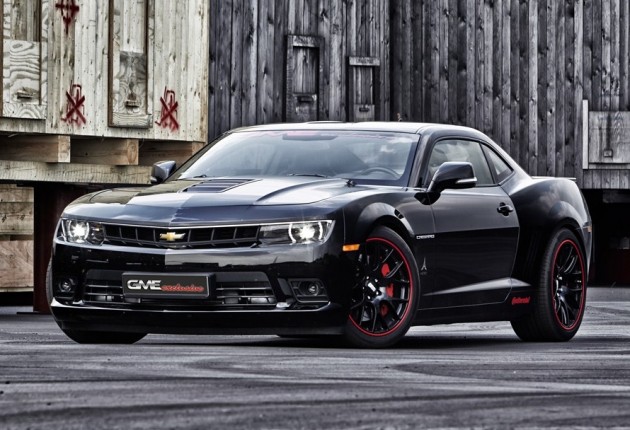 Some of the other performance modifications are a custom sports exhaust system and an ECU retune. The increase in performance means the Camaro is capable of shooting from 0-100km/h in just 3.5 seconds. With 460kW and 700Nm on tap, we’re sure this Chevy will need frequent trips to the local tyre shop.

The Camaro has also had adjustable suspension fitted up, as well as a neat set of BBS 20-inch forged alloy wheels. Sitting behind the front wheels is a serious braking system that consists of enormous floating discs coupled with eight-piston calipers, steel braided lines, with a four-piston caliper setup in the rear. The black BBS wheels with red trim work well with the lowered ride height to give the Camaro a mean stance. 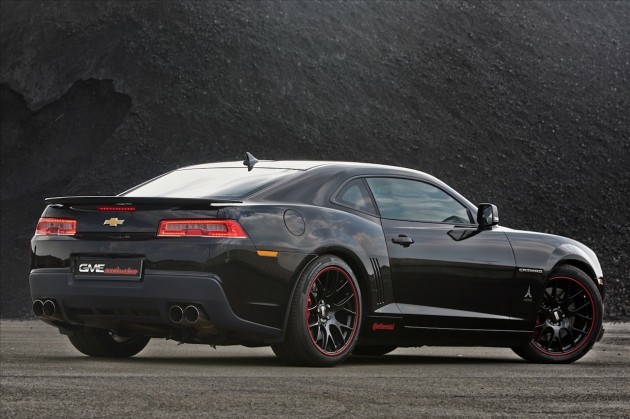 With the 2015 Ford Mustang set to go on sale in Australia in the middle of next year, we think it’d be awesome if GM Holden eventually makes a big push to bring the Camaro to Australia. Can you imagine the ‘Mustang versus Camaro’ pub banter? When Commodore production wraps up in 2017 it will be the first time since 1968 that the Lion brand won’t have a V8 model in the showroom – that’s just downright criminal.

Around 13,000 Ford fans in Australia have registered interest in buying a new Mustang. How many Holden/Chev fans out there would do the same if the Camaro were to go on sale locally? We’re pretty sure we know the answer to that one. Have your say in the comments section below.