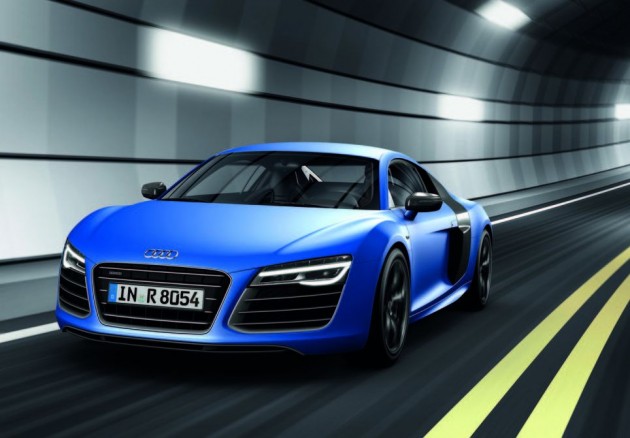 The most notable highlight for the new model is the introduction of a seven-speed dual-clutch S tronic transmission. The R8 has, until now, only come with an R tronic single-clutch automatic. The transmission option improves efficiency, decreases shift times by 0.3 seconds, and increases overall shift performance.

Across the board, the new 2013 Audi R8 range gets a mild facelift. There’s a new front bumper bar with three crossbars in the corners, a single-frame grille, and plenty of gloss black highlights. Also joining the front end are a set of LED headlights. 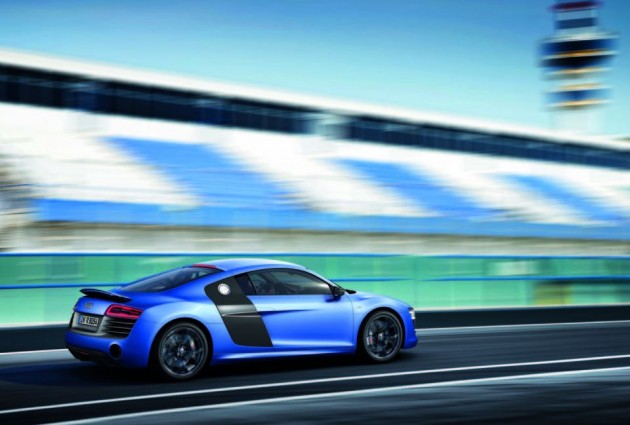 The new R8 V10 Plus gets a carbon fibre front splitter as standard (can be optioned on other variants), while the Plus also gets carbon fibre side plates and air intakes, and carbon side mirrors.

As a result, the V10 Plus is lighter in weight, tipping the scales at 1570kg (down from 1625kg). To further set the Plus apart from the rest, it’s available in a unique matt finish colour scheme.

Deliveries of the new Audi R8 range will kick off in Europe during the end of this year, with an Australian introduction taking place in early 2013.