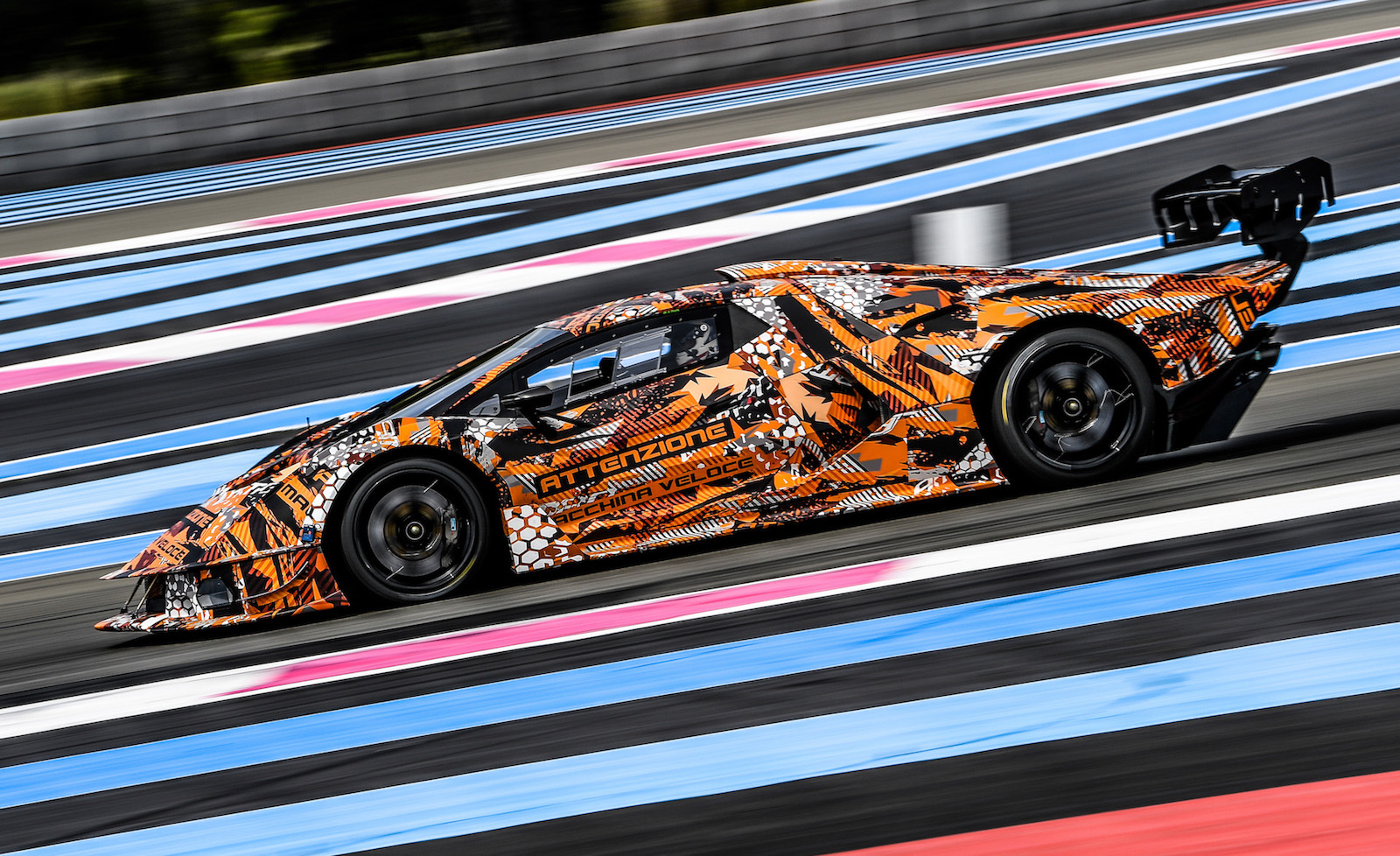 Looking to buy a new track car? Well, some of the more elite consumers out there will be interested to hear Lamborghini is almost ready to introduce it’s new Squadra Corse-developed hypercar, called the Lamborghini SCV12. 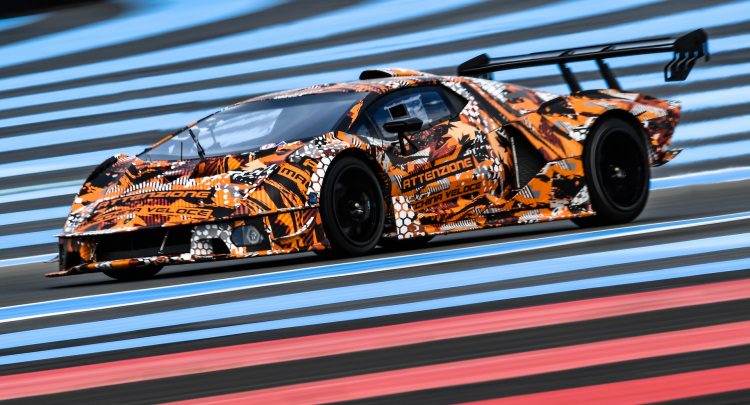 It’s designed by Lamborghini’s Centro Stile division and developed by the company’s motorsport department, Squadra Corse. So far only these preview images have been released but as you can clearly see, this is one serious machine.

The body is as dramatic as it gets, complete with a double intake bonnet system which directs airflow through a central rib and into a ram-air intake scoop positioned on the roof. Lamborghini calls this “aerodynamic supercharging” at high speed.

When driving at high speed the air intake system promises to increase air pressure in the engine’s intake, providing more flow into the engine and actually more power as the speed climbs. There’s also a super-low front splitter, lateral flicks, crazy side skirts with vertical fins, and a massive carbon fibre wing at the back. Overall, Lamborghini says the SCV12 produces more downforce than a GT3 racing car. 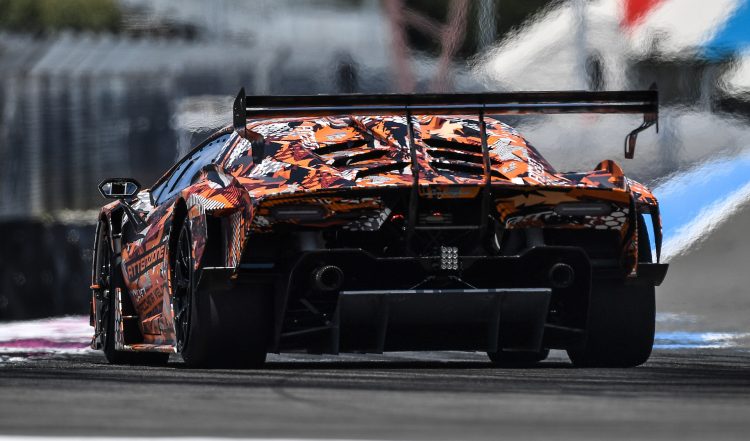 The hypercar is built on a new full carbon fibre chassis which helps to optimise the power-to-weight ratio as well as strength and rigidity. It also uses rear-wheel drive running gear, as well as a six-speed transmission which is designed as a structural element of the platform.

As for the engine, the SCV12 is powered by a… V12, obviously. Its capacity hasn’t been outlined as yet but the company does say it is the most powerful V12 engine it has ever built. With the ram-intake in action the unit will be capable of developing more than 611kW (830PS), the company says.

The Lamborghini SCV12 is scheduled to make a proper debut during the northern summer (mid year). Production will take place at the Lamborghini Squadra Corse factory in Sant’Agata, Bologna, Italy. Numbers will be very limited.