Dual MotoGP world champ Casey Stoner has completed his first day of practice in his V8 Supercars debut at the Clipsal 500 in Adelaide. Stoner, driving a Red Bull-sponsored Holden Commodore, finished ninth and eighth in the two Dunlop Series sessions 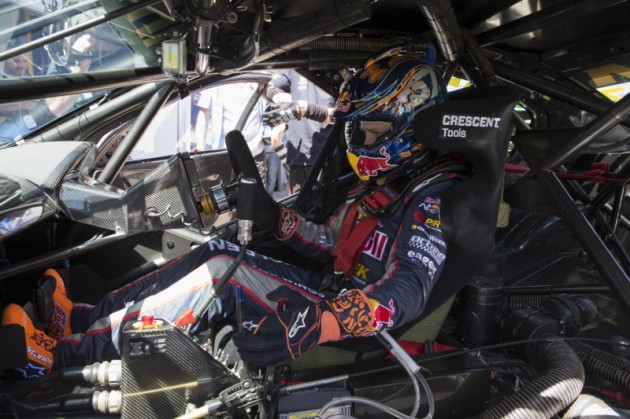 By the second session he was 0.698 seconds behind the quickest time set by Ford driver Dale Wood. Despite being accustomed to topping timesheets, Stoner said he enjoyed his first day in his new job.

“There’s all sorts of things to contend with, but in general it’s been a lot of fun today. It was a little bit different to begin with, going from a bike to a car, but you learn to run with it – that’s the edge of the track and that’s all you’ve got.”

“But in general it wasn’t as daunting as I thought it would be, it’s a bit more easy to deal with.” 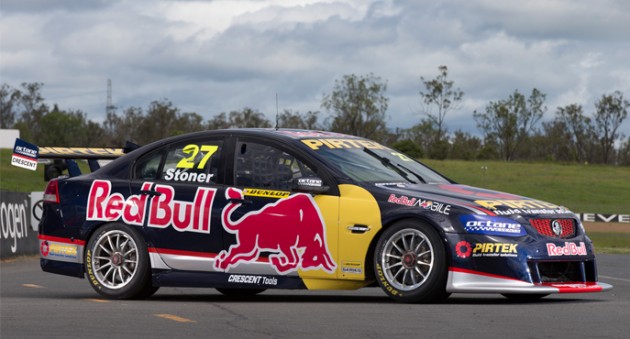 Stoner said he was still getting sorted with his car’s setup and learning the Adelaide street circuit.

“There’s obviously still work to do and I’m not placing any expectations on the weekends. But I’m certainly having fun and looking forward to the race tomorrow.”

Red Bull Racing Australia boss Roland Dane was pleased with Stoner being on the pace right from the get-go.

“It was a very good run out of the box. He was just 1.2 seconds off the quickest guys out there and he has never been to the circuit before or raced within the confines of walls and the track was very green.

“We’re pretty happy with that. He finished top-10 with plenty of experienced guys all around him and behind him. So he is in the thick of the action. He didn’t touch anything, he didn’t hit anything. He did a great job first run out and I’m sure he’ll be more relaxed now.”

The V8 Supercars main series will hit the track for the first time tomorrow.