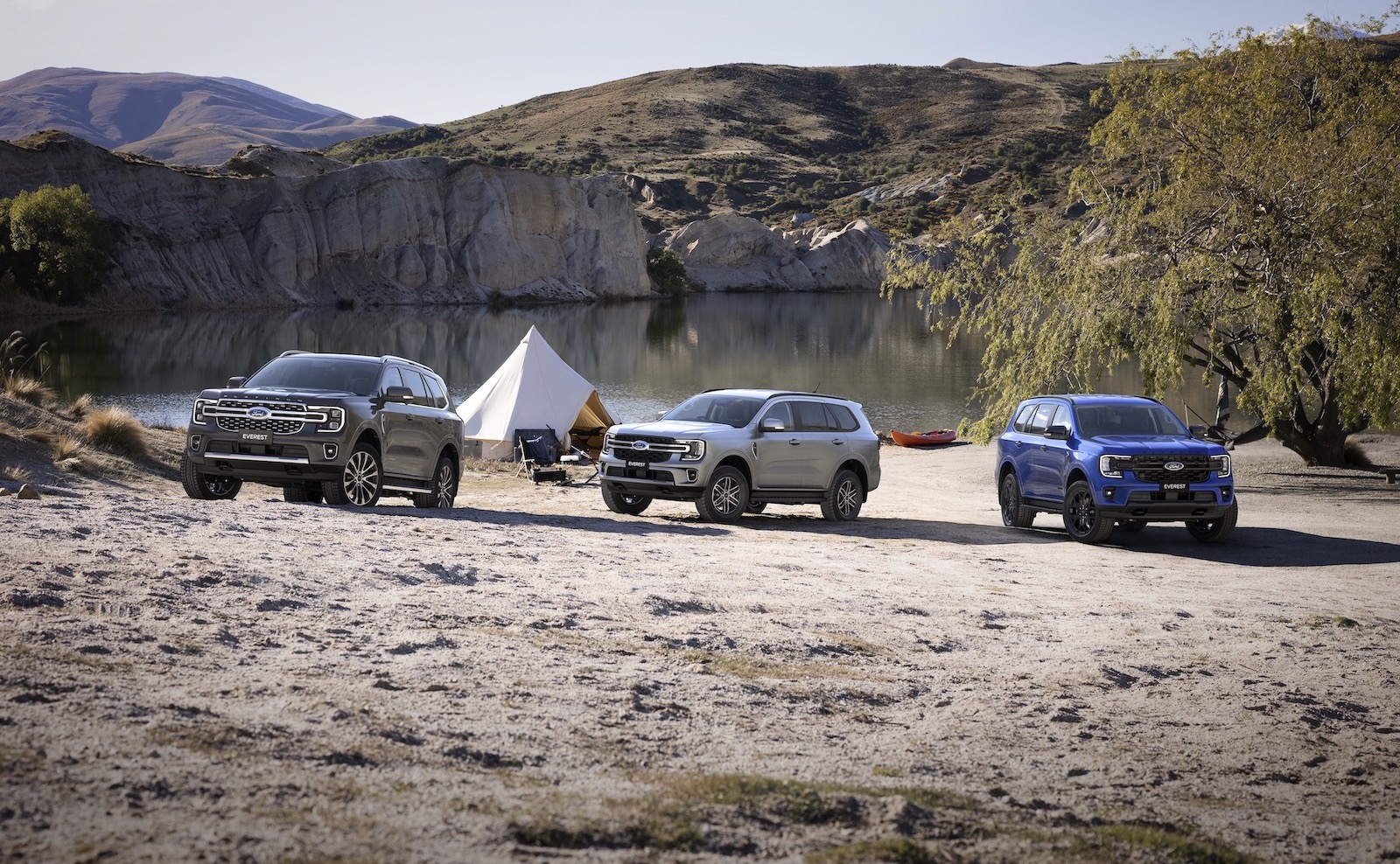 The all-new 2023 Ford Everest heavy-duty seven-seat SUV will launch in Australia in the second half of this year, but today all specs, variant levels, weights and capacities have been revealed. 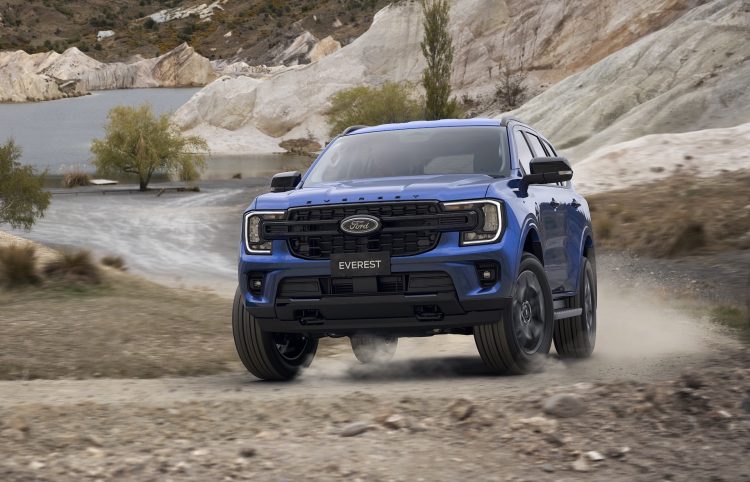 Four main grades will be available at launch, spanning from the Ambiente, Trend, Sport, and Platinum. These will be available with two engine options, including a 2.0-litre twin-turbo four-cylinder diesel and a new 3.0-litre turbo-diesel V6. Outputs are listed as 154kW and 500Nm, and 184kW and 600Nm, respectively. 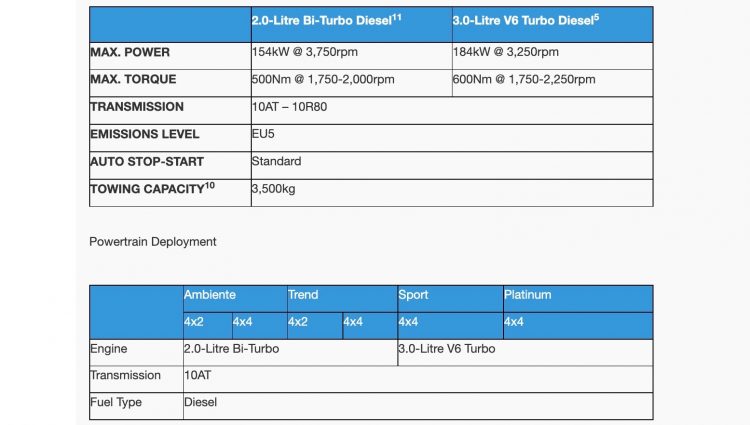 The four-cylinder comes standard with the Ambiente and Trend, in 4×2 and 4×4 form, while the new V6 will only be available with the Sport and Platinum grades, and only in 4×4 form. In either case, all feature a 10-speed auto transmission.

As standard, the Ambiente comes with a 10.1-inch touch-screen media interface and an 8.0-inch digital gauge cluster, along with Ford’s SYNC 4 running software. Moving up to the Trend adds a new 12-inch touch-screen, with the Sport adding a 10-speaker sound system and heated and cooled front seats. At the top, the Platinum gets a 12.4-inch gauge cluster and a 12-speaker B&O sound system, among other things. 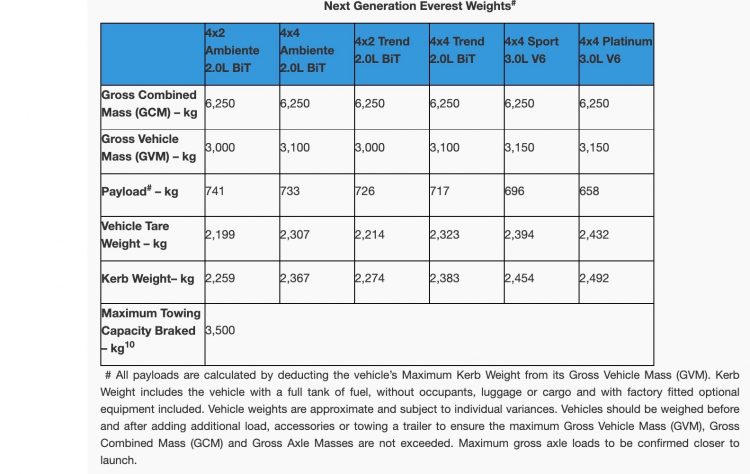 In terms of weights, the braked towing capacity is 3500kg across the board, while the gross combination mass is 6250kg across the board. In the case of the flagship Platinum, the kerb weight is 2492kg. If you add 3500kg, that leaves only 258kg for passengers and cargo before the GCM is maxed out. The entry model has a kerb weight of 2259kg, leaving 491kg.

All models offer a range of driving modes, including Normal, Eco, Tow, and Slippery, while the 4×4 Trend, Sport and Platinum also offer Sand and Mud/Ruts driving modes for off-roading.

Prices for the new model are yet to be confirmed, but it is expected to be more expensive than the outgoing model. Stay tuned for updates ahead of its launch in the third quarter. See below for the highlights for each variant: 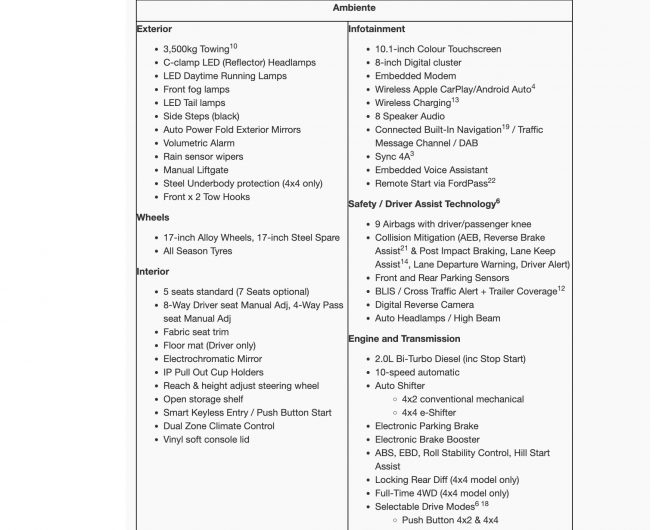 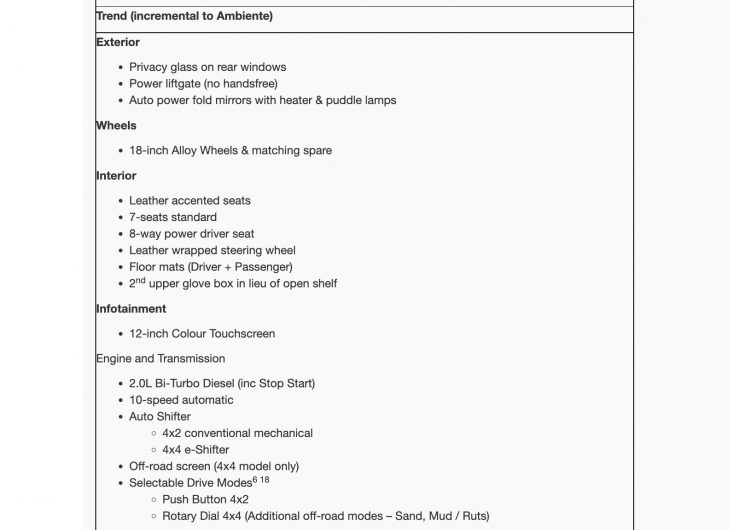 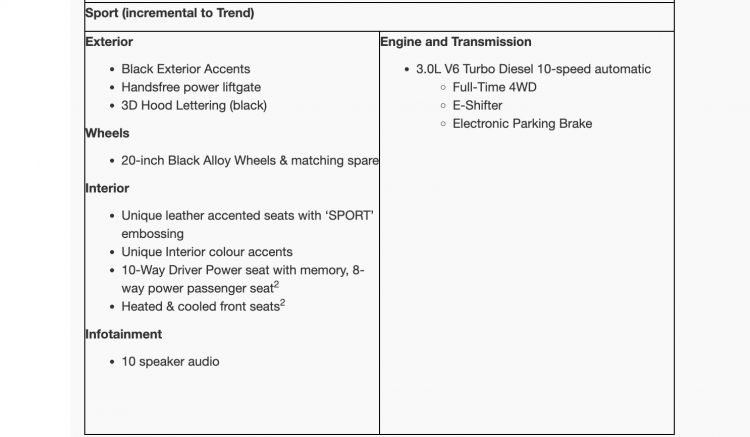 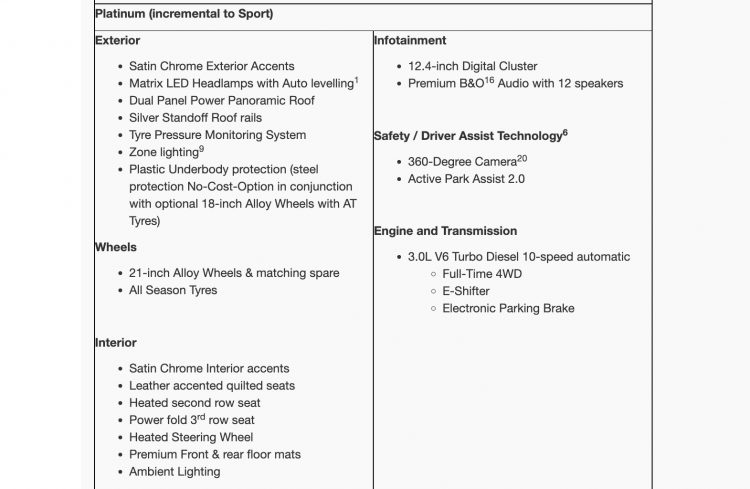