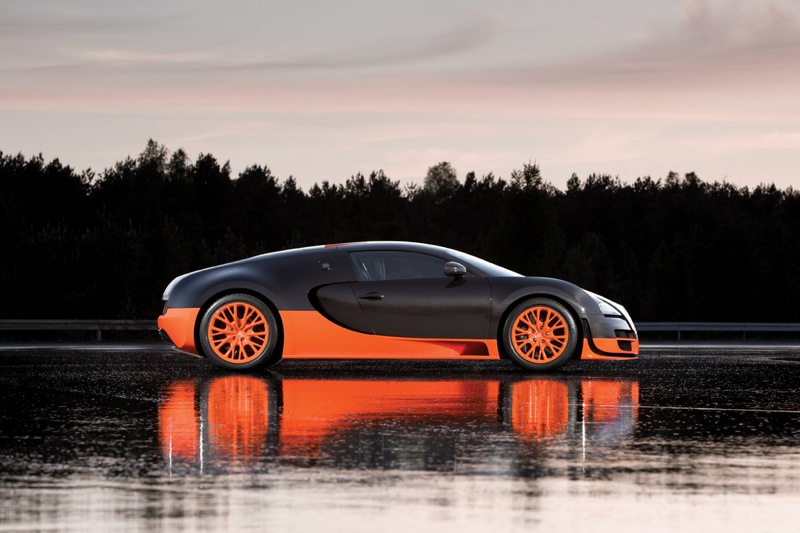 When it comes to monstrously powerful road cars, the Bugatti Veyron is pretty much the king. There’s now word Bugatti is working on a final sendoff edition, nicknamed the ‘Super Veyron’, which is set to be the most powerful of all. 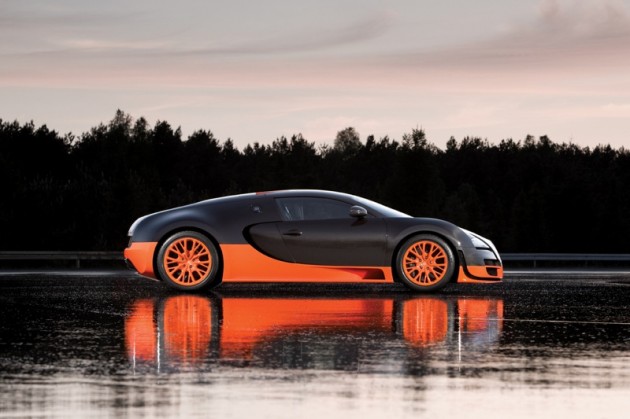 According to a recent Autocar report in the UK, Bugatti might start working on a final version ready for 2014. It will not only be the most powerful Veyron of all, it’s also set to be the lightest weight. With these stats in mind, it doesn’t take a mathematician to figure out the sort of power-to-weight ratio that could be on hand.

It’s understood Bugatti is confident it will sell all versions of the Veyron, regardless of a final sendoff or not. A source close to the company revealed to Autocar that it is looking at several options in terms of a final version.

“It would be expensive and time-consuming, so we must be sure it is worth it.” The source also said it would be “a fantasy in terms of its performance.”

In terms of power and performance, the 8.0-litre quad-turbo W16, which currently powers all iterations of the Veyron, is known to have a potential maximum output of around 1500hp (1118kW). This could be achieved through expanded capacity.

Along with some weight shedding of around 200kg, the new model is expected to be easily the quickest and fastest Veyron ever, even eclipsing a mind blowing speed of 450km/h.

As you might have guessed, such incredible performance is likely going to come at a cost. Rumours suggest a price tag of beyond $5 million.