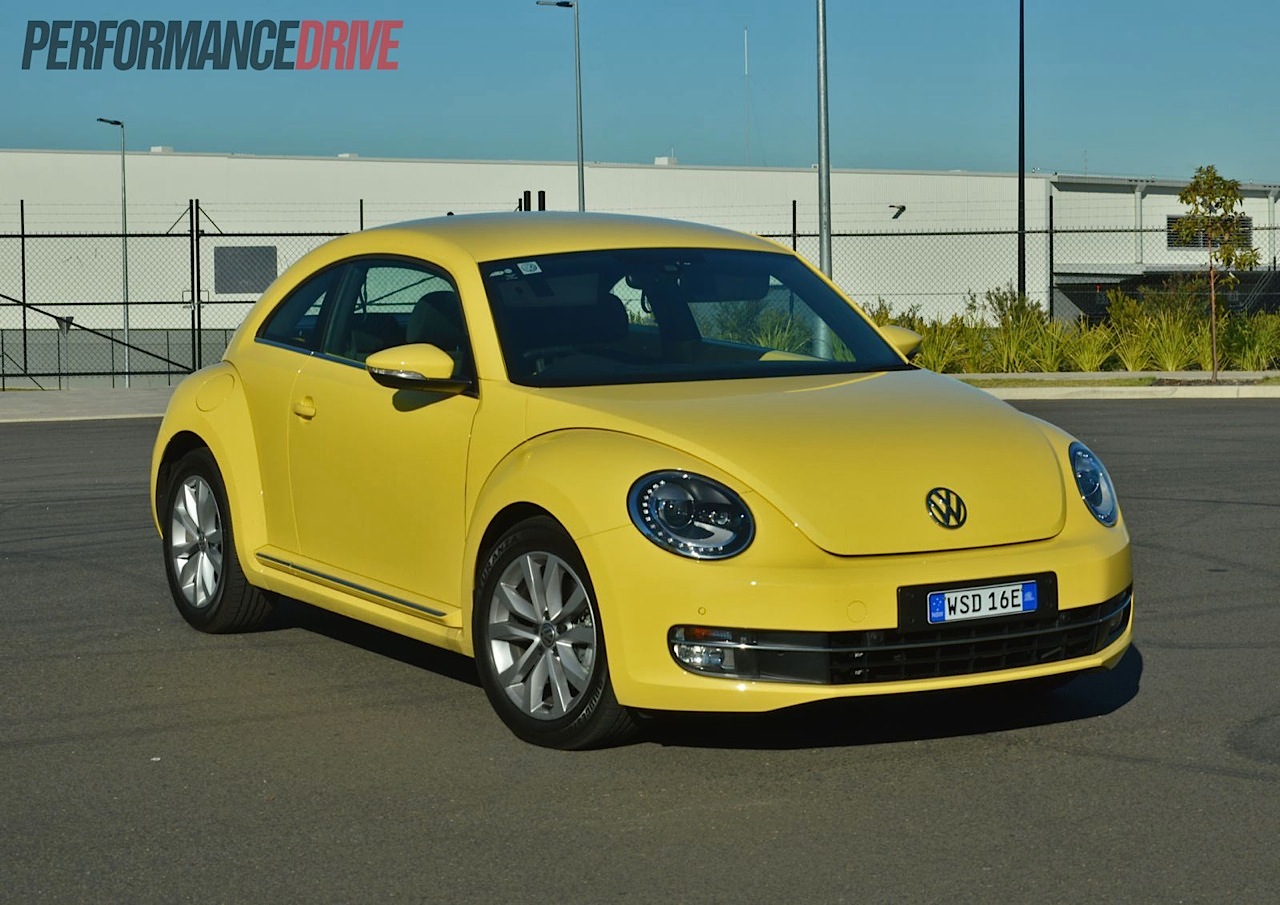 According to an international poll, the humble Volkswagen Beetle is regarded as the fourth most influential car of the 20th century. Incredibly, the nameplate is celebrating its 75th anniversary this year. And with the 2013 version, technology and efficiency have never been in such high levels for the adorable ‘people’s car’. 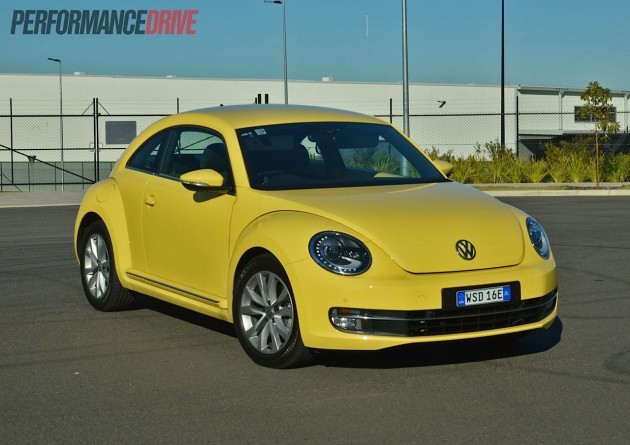 Can you believe the Beetle has been around since 1938? It must have been a completely different era back then, especially in the world of motoring. It’s no wonder the original air-cooled model was crowned the longest-running and most-manufactured vehicle in the world.

For the 2013 Beetle, which was launched in Australia earlier this year, Volkswagen decided to go with a new platform. Sort of. The previous ‘New Beetle’ layout used the VW Group PQ34 platform that underpinned the old Mk4 Golf, while the 2013 model utilises an iteration of the newer PQ35 platform.

Although it’s not the latest layout in the Volkswagen stable, it is the architecture that was used for the just-superseded Mk6 Golf, the gen-two Audi TT, and the Volkswagen Tiguan.

Volkswagen Australia offers just three variants at the moment, including a manual, a DSG auto (as tested), and the Fender Edition. All come with the same 1.4-litre twin-charged (turbo and supercharged) four-cylinder engine producing 118kW and 240Nm.

Prices for the DSG version start at $32,490, which is around $10k more than the equivalent Golf. 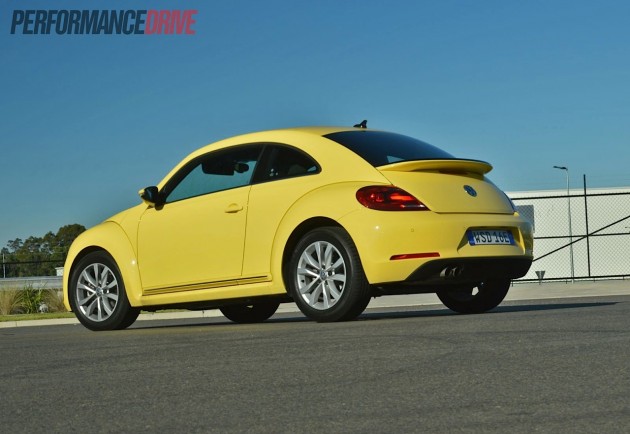 It looks great, and much more sleek and modern than the predecessor. There are more elegant taillights and headlights, with LEDs half encompassing the fronts, along with a branched out bonnet, a steeper set of A-pillars inspired by the original, and a sexier set of rear haunches.

With a new design comes some expansions too. The overall length is increased by 149mm over the previous ‘New Beetle’, the width has increased by 87mm, while the height is reduced by 21mm. Assessing these figures, it comes as no surprise the new model is aiming to be more retro and funky, with a lower profile.

Thanks to the stretches, the Beetle offers more interior space. In the front, there is a definite airy atmosphere with loads of room to move about and place your belongings. Headroom and legroom is good for average size passengers, although, taller drivers might find the cockpit a little ergonomically flawed.

It’s a friendly place to be, and you feel some sense of occasion every time you hop in. The theatre inside is partly thanks to the body-colour panels on the dash which really brighten up the environment. Most of the materials used are typical Volkswagen stuff, with lots of grey plastic and some alloy-look switchgear. It all feels solid and well put together.

Peering into the rear seats, it looks like there is ample room, even for adults. Upon closer inspection though, and when you actually sit in them, it’s immediately apparent that long journeys with four adults wouldn’t be a suitable practice. The headroom is okay, but the legroom on offer is marginal.

To top it all off, the Beetle comes with more than enough safety equipment to help it achieve the five-star ANCAP seal of approval. Defenses include stability and traction control, six airbags, and brake assist with electronic brake force distribution. 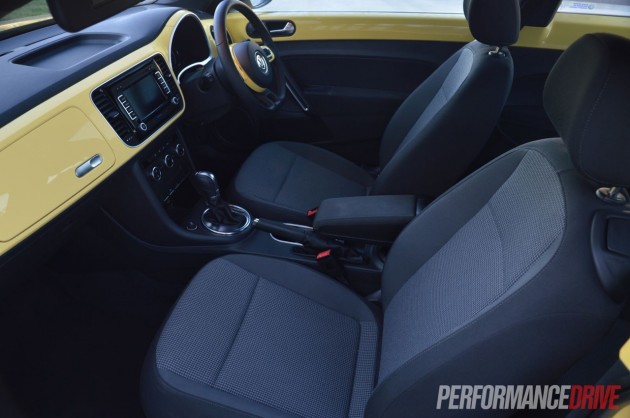 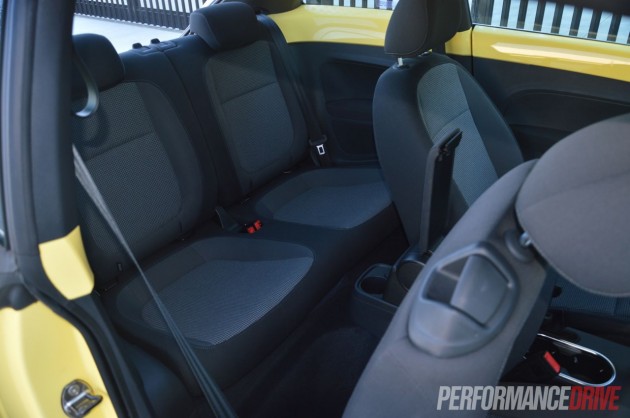 Power from the twin-charged 1.4 is plentiful for this type of vehicle. It zips along with eager enthusiasm, and it enjoys to be revved right up to redline. The sound emitted is an angry one, followed by a faint parp in between gearshifts as the DSG gearbox swaps to another gear set.

We timed 0-100km/h in a reasonable 7.2 seconds, which is quick enough to have some fun. Peak torque is available from just 1500rpm and takes you right up to 4500rpm, so off the line don’t be surprised if the front wheels scuffle and wheelspin under anything over half throttle. The transmission seems the perfect synergy with the engine too, offering a nice spread of ratios to suit all conditions.

We haven’t road tested the previous model, so we can’t really comment on possible improvements for the 2013 version in terms of handling, but the character in this is not what you would call sporty. It pushes into corners with the heave of a larger or older car, and it only takes a gentle push to see the front tyres moaning for traction.

Volkswagen says the new suspension layout, with struts at the front and a “semi-independent” rear, translates to a more dynamic driving performance. Again, we haven’t driven the previous version, so we can’t comment on possible improvements, but we think more attention is needed for a more enjoyable drive.

Higher speed dippers and long bends are managed with a little more composure, but again, this is a far cry from being a sports car. The ancient non-independent beam rear end layout, with individual coil springs and remote dampers, is about as advanced as a wooden stove. It shudders over bumps with the compliance of a utility vehicle, sending ripples through the chassis and steering. If you’re on the power pedal at low speeds in these conditions, the front tyres tend to scramble for traction momentarily.

Unfortunately, things aren’t much better in the steering department. From centre it seems to get more and more unfriendly the more you turn the wheel. Once you’re spun past about 45 degrees of lock, it does get better. Volkswagen vehicles usually offer solid and somewhat distant levels of communication through the wheel, and in the Beetle, we feel the trait is at its strongest.

Fortunately, sporty driving is not the only way to enjoy this car. The Beetle is more about the experience it brings. It’s a fun-loving car and great for city-living runabout duties, with its bright colours, bubbly engine, and very user-friendly cabin.

The highlight of it all is the exceptional fuel economy. Even during our test which involved lots of city driving (and giving it some), we averaged just 6.9L/100km – not far off the official 6.4L/100km rating. 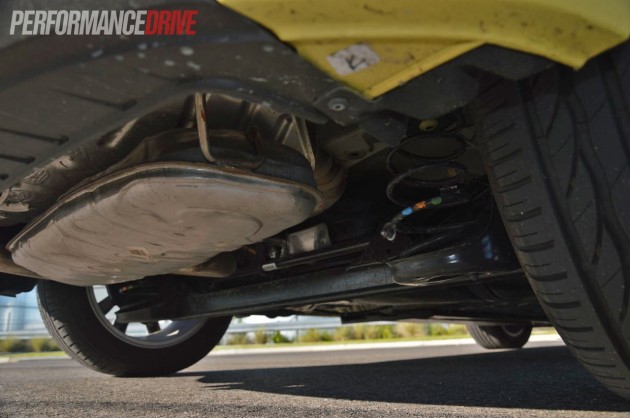 The Beetle well and truly lives up to its heritage. It might not be the best driver’s car in this segment, but it’s a damn fine people’s car. It presents a friendly approach to motoring in a way that warms your heart, with its playful design, super user-friendly cabin, and efficient powertrain. If only Volkswagen offered a sporty ‘R’ version in the lineup…

CONS:
– Below average handling and agility
– No sports variant in the lineup
– Rear seat space not as accommodating as it looks 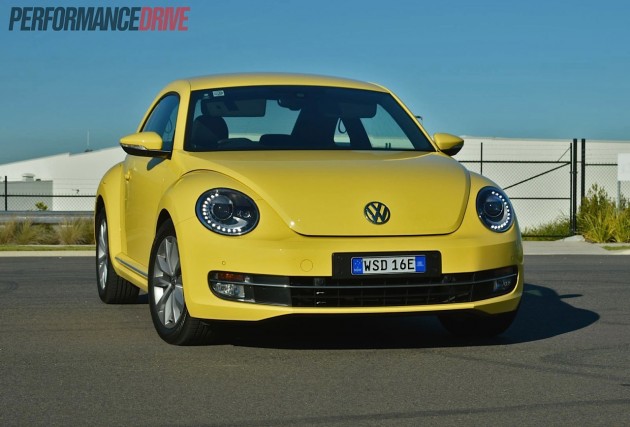