Ford Australia has invited a select group of journalists to try out some pre-production versions of the 2012 Ford FG Falcon MkII EcoBoost at the company’s test facilities. The EcoBoost technology in the Falcon will lead a range of new models that Ford plans to release over the next year that also feature new turbocharged powertrains, such as the upcoming Ford Focus ST. 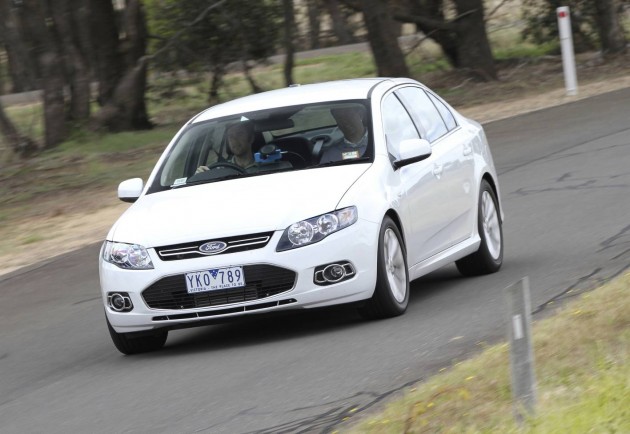 Ford has revealed – even though it was already expected – that the new 2012 Ford FG Falcon MkII EcoBoost engine will be based on the 2.0-litre turbocharged four-cylinder engine also found in some US-only vehicles, such as the new Ford Explorer.

Specific power outputs are still yet to be mentioned, but it is highly likely that it will produce 177kW of power and 340Nm of torque. The engine will be available in the Falcon XT, G6 and G6E variants, and will be the first rear-wheel drive vehicle in the world to adopt the EcoBoost four-cylinder engine – apart from the Radical SR3 SL (Street Legal).

As for the performance, during preview test drives with various media, Ford demonstrated the acceleration potential of the new 2012 Ford FG Falcon MkII EcoBoost, measuring the 0-100km/h sprint and comparing the EcoBoost versions to the straight-six variants. Ford got 7.02 seconds for the straight-six versions, and 7.2 seconds in the EcoBoost. 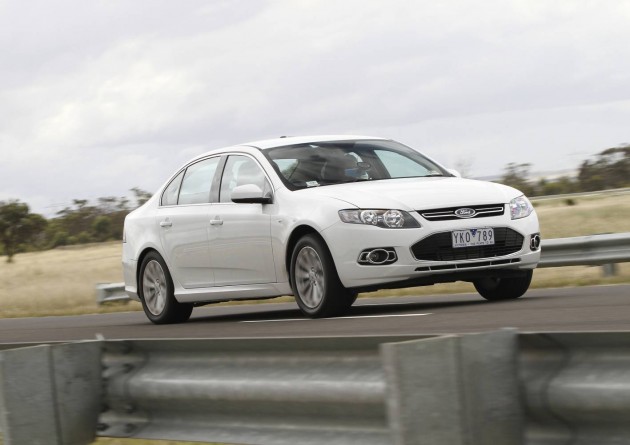 Although slightly slower, the new engine will be more fuel-efficient, with reports saying to expect an average fuel consumption rating of around 8.0-8.5L/100km – quite a significant improvement on the current six’s 9.9L/100km rating. The engine achieves this thanks to various modern technologies such as direct injection, and variable valve timing on twin overhead camshafts (Ti-VCT).

According to reports that have driven the new 2012 Ford FG Falcon MkII EcoBoost models, the new engine doesn’t really show any sign of turbo lag, and seems just as smooth if a little louder than the current straight six. (PerformanceDrive will have a full test drive review of the new EcoBoost Falcon up in the near future.)

Other features for the 2012 Ford FG Falcon MkII lineup include a new eight-inch colour touchscreen infotainment interface, standard on all variants but the entry-level XT (optional), along with reverse parking sensors standard across the range, side curtain airbags across the range, and an MP3/USB compatible stereo.

Prices for the six-cylinder FG Mk II variants have been released, while the new EcoBoost versions are expected to enter the market at a similar price point, despite using a smaller engine.