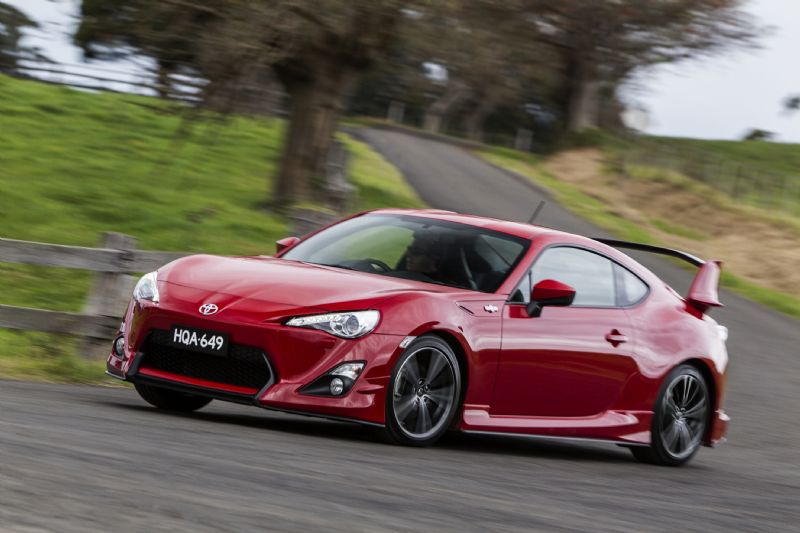 The official VFACTS figures for Australian new vehicle registrations for March 2013 are in, and it looks like there’s more sports car fans joining the roads this month, with a big jump in Toyota 86 sales. 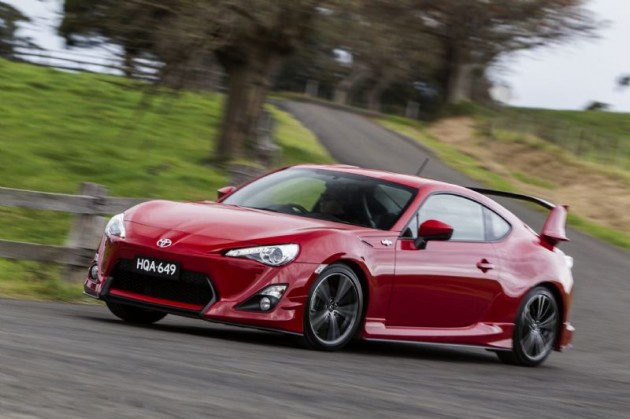 Toyota remained as the top favourite vehicle brand in the country, making up 19.2 per cent of overall sales in March (up from 17.8 per cent in February). Toyota managed to post its best sales in three years.

The second most popular brand was Mazda (9.2 per cent), again, however, Nissan (8.6) and Hyundai (8.6) are breathing down its neck. Holden continued to take up 8.5 per cent, as per the previous month.

As for the most popular vehicle model sold in March, it was the Mazda3 once again. Interestingly, Toyota moved into second place overall with the Corolla. The top five vehicles for March 2013 in terms of sales were as follows: 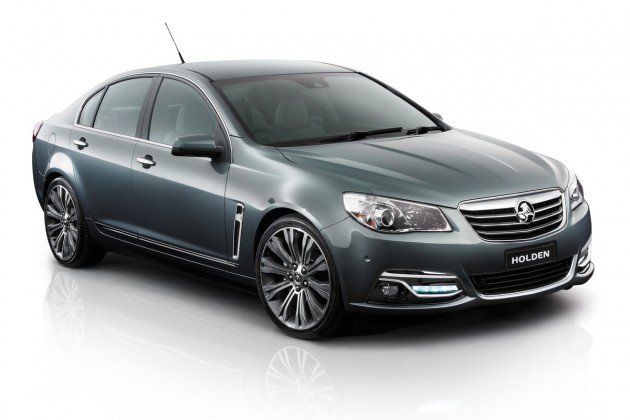 With the Australian sedans in the Large Cars under $70,000 segment, Holden remains the clear favourite posting 1606 sales. Although the Holden easily crushed Falcon sales (831), the figures did drop from February’s 1733 effort. It will be interesting to watch this space in the lead up to the new VF Commodore, which will arrive in just a few months. Toyota sold 498 examples of its Aurion sedan (up from 370).

In the Large Cars over $70,000 category, BMW gained a lead ahead of the other front runners, while Mercedes-Benz E-Class sales continued to dwindle. The top five vehicle sales figures looked like this:

The Sports Car under $80,000 segment saw some big movements, as mentioned, with 786 sales of the popular Toyota 86 sports coupe. The figure is significantly above the previous month’s effort of 559.

A Toyota spokesman told PerformanceDrive that the company was able to obtain more stock in February, fulfilling some of the customer orders. If the supply could accommodate, there’s no doubt sales would be even higher. It’s understood the current specification model will be on sale for at least the next six months before a minor update may be introduced.

The effort not only pushed the Hyundai Veloster further down, the Mercedes-Benz C-Class Coupe was also able to climb ahead of the funky three-door. Hyundai sold 340 Velosters while Mercedes-Benz sold 369 Coupes. Out of curiosity, Subaru moved 107 examples of the BRZ. 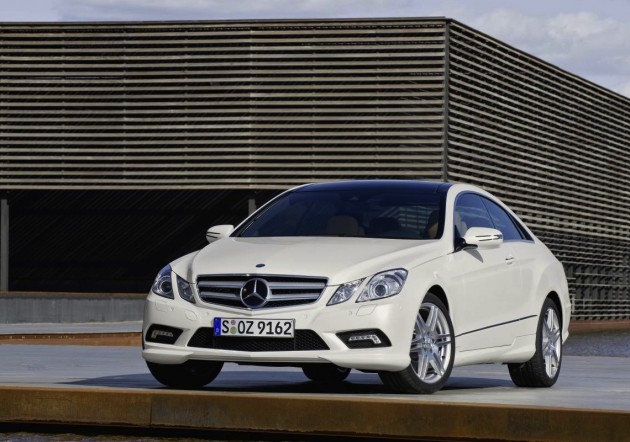 In the desirable Sport Cars over $80,000 segment, the Mercedes-Benz E-Class Cabrio/Convertible managed to move past February’s best seller, the Audi A5. Audi sold 44 A5s while Mercedes-Benz sold 77 E-Class two-doors. The top five sellers in this category were as follows:

In the high-end Sport Cars over $200,000 category, the BMW 6 Series remained the favourite, while the Mercedes-Benz SL crept into second place. The overall top five in this segment were as followed:

In the somewhat sporty Medium Cars under $60,000 segment, Toyota once ahead showed everyone has it’s done, with 1916 sales of the Toyota Camry. It was followed by the Mazda6 (474) and the Volkswagen Jetta (374), trailing well behind. 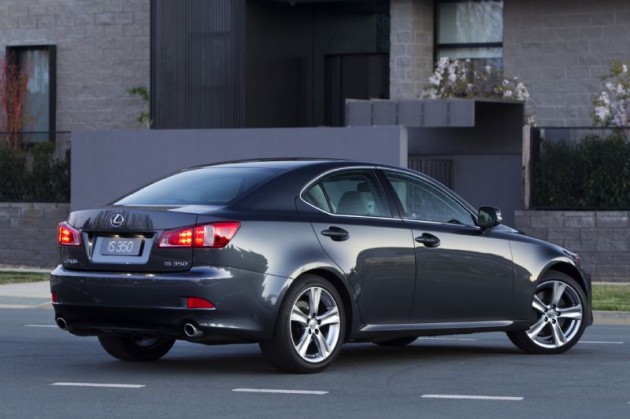 Moving up into the premium Medium Cars over $60,000 segment, the Mercedes-Benz C-Class pushed its lead right ahead, reporting 879 sales, followed by the BMW 3 Series with 542 sales. Lexus moved into the top three, pushing out the Audi A4. The top five consisted of the following:

In the highly popular 4×4 ute segment, the Toyota HiLux remains the obvious favourite, reporting 2398 sales. It was once again followed by the Nissan Navara 4×4, which reported 2125 sales. The Mitsubishi Triton rounded out the top three with 1677 sales.

For the combined 4×2 and 4×4 ute sales, the overall sales dwindled compared with the previous month. The top ten 4×2 and 4×4 combined figures for March 2013 were as follows 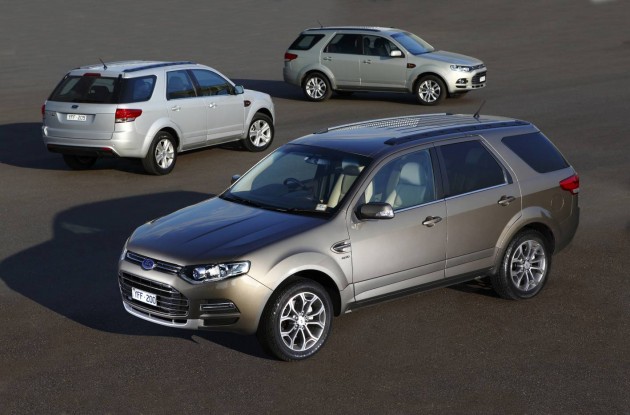 Lastly, the SUV segments saw some shuffling. Australia’s Ford Territory dropped down a notch and out of the top three, making way for the Holden Captiva 7 in the SUV Large under $70,000 segment. The Captiva 7 posted 1082 sales, just nudging out ahead of the Territory which reported 1059 sales.

In other areas, the Subaru XV jumped hugely in sales compared with February in its respective segment, while large luxury SUV sales were down slightly. The BMW X5 regained the lead. In all SUV segments, the top-sellers for March 2o13 went like this: 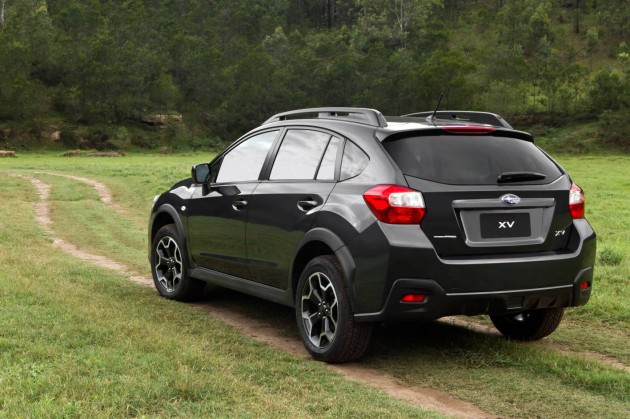 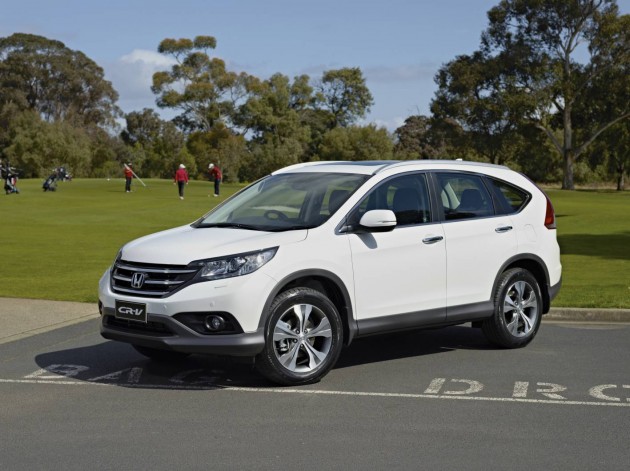 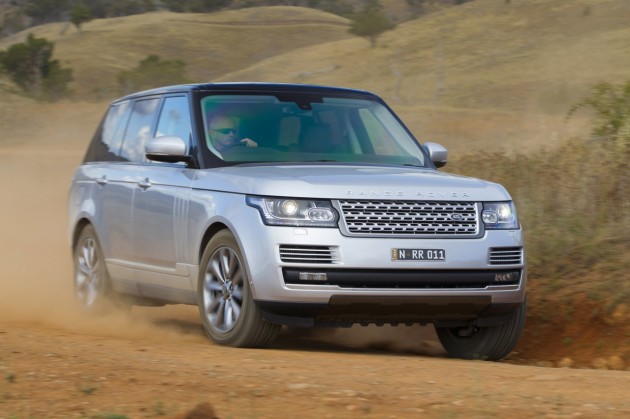 Overall, new vehicle sales in Australia in March picked up on February figures, with 97,400 new vehicle registrations compared with 90,218 of February. The numbers are slightly down on March 2012 figures (97,616) though.

As for what fuel types buyers preferred in March, the sales figures for private buyers in terms of vehicle fuel were as follows (passenger, SUV, and light commercial combined):