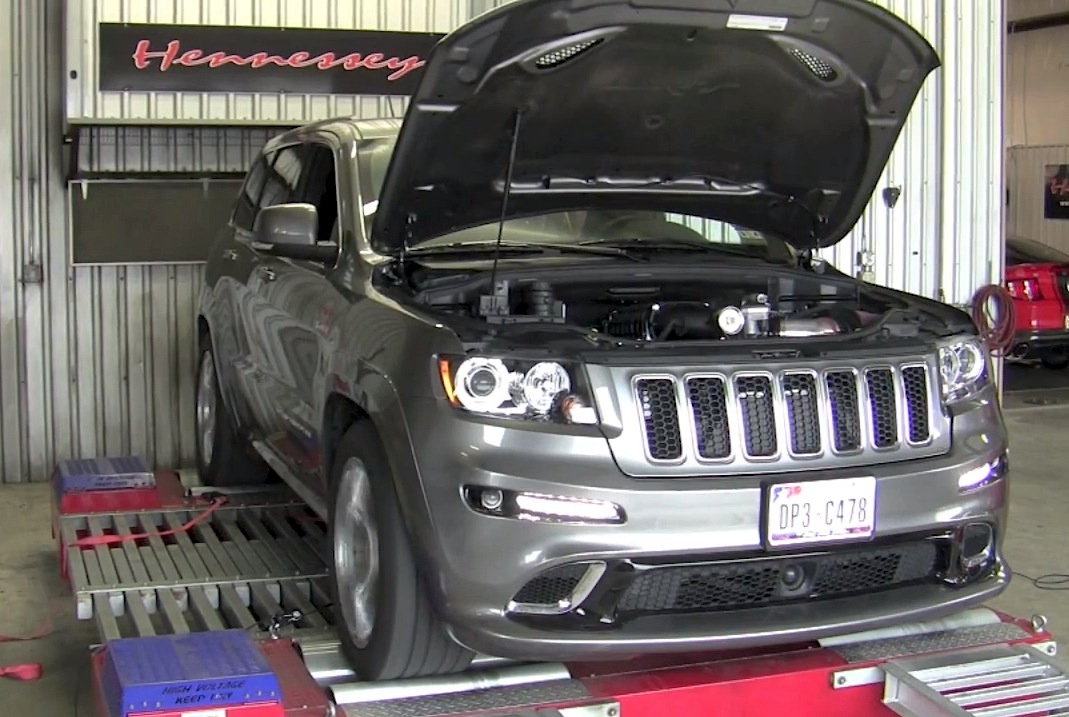 Hennessey Performance in the US has come up with a tuning package for the 2013 Jeep Grand Cherokee SRT8 V8 monster, called the HPE650 kit. The muscle SUV is able to cover the quarter mile in just 12.6 seconds. 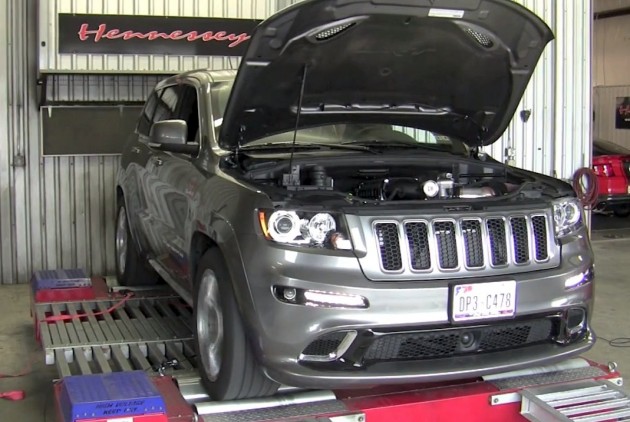 Featuring a naturally aspirated 6.4-litre HEMI V8 in standard form, the SRT8 is able to run the quarter mile in 13.4 seconds, as tested by PerformanceDrive earlier this year. Thanks to the addition of a supercharger, the boosted SUV is given supercar powers.

The HPE650 kit includes a TVS2300 supercharger, ported cylinder heads, a custom air intake, a stainless steel exhaust, an uprated fuel system, and an engine computer retune. This gives the anabolic SUV a very meaty 485kW – up considerably from the standard 344kW rating.

Giving the SUV further exclusivity, the Hennessey pack comes with bespoke floor mats, a special build number plaque and engine cover, and a three-year/57,960km (36,000 miles) warranty. A revised interior is optional if the customer wishes, as well as a bigger tyre and alloy wheel package.

In its standard form, the SRT8 is an awesome beast. With this supercharged pack it must be an absolute animal.

Click play below to see how she goes on the drag strip, and on a dyno in the second video.