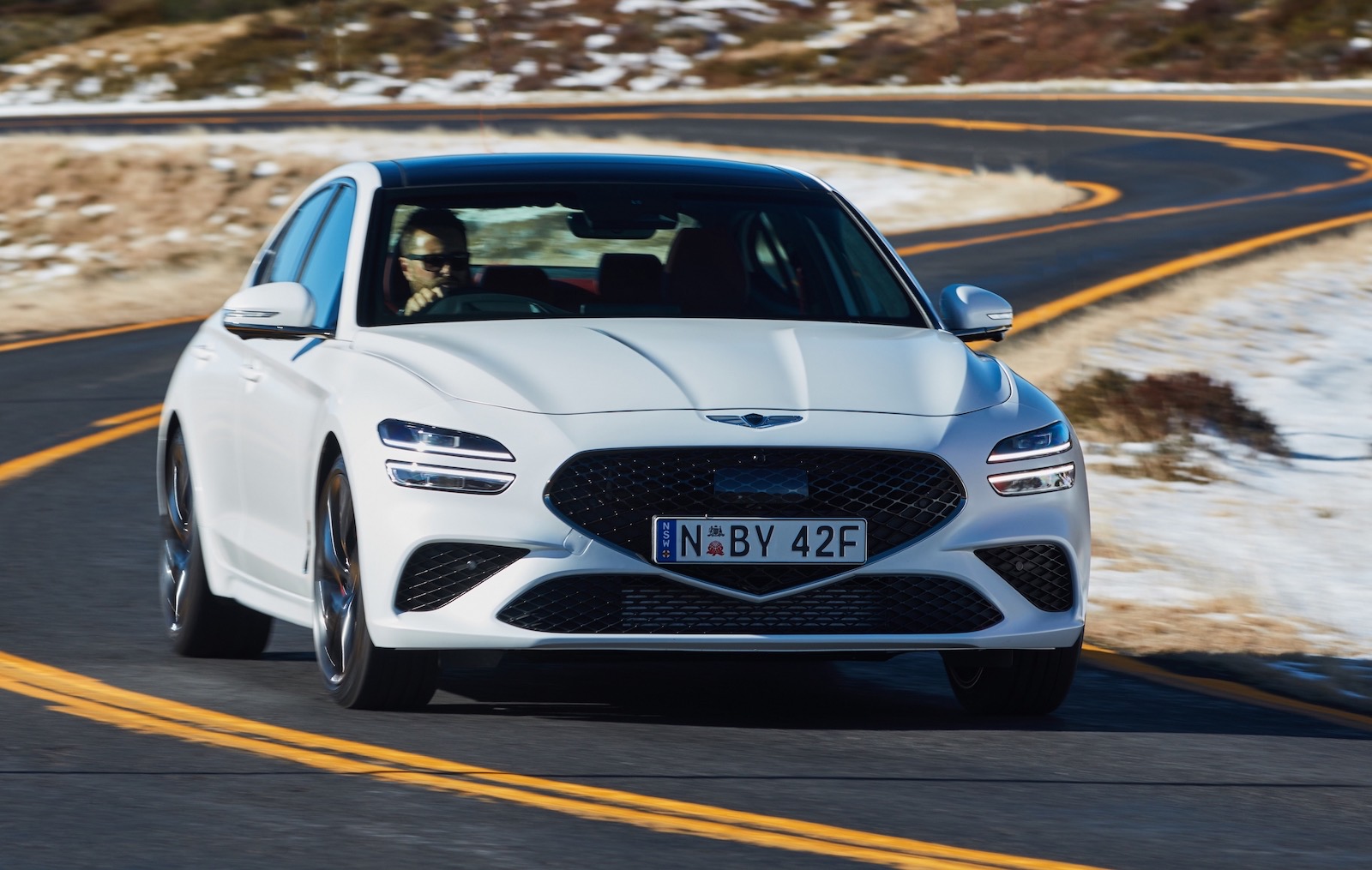 Genesis Australia has announced the local lineup details for the new-look 2021 G70 mid-size sedan, including full prices, features and specifications. 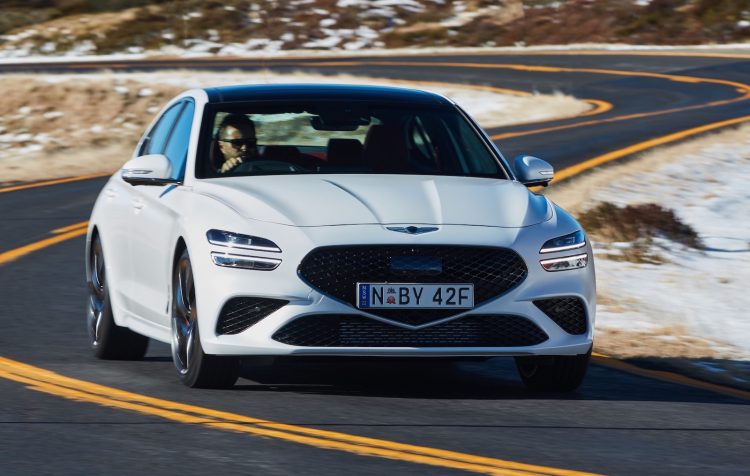 Just two main variants make up the local range, including the 2.0T and the 3.3T. These carry over the same powertrains as before, with the 2.0T producing 179kW and 353Nm (unchanged). However, thanks to a new dual-mode exhaust system the 3.3L twin-turbo V6 now develops 274kW and 510Nm. That’s up from 272kW, with the same peak torque.

You might be wondering why Genesis has not equipped the updated model with the company’s new 3.5-litre twin-turbo V6. After all, it’s already available in the G80 and GV80, where it generates 279kW and 530Nm. It’s understood this new engine is only for all-new models and major generation changes, as opposed to facelifts and updates.

For the entry 2.0T model Genesis offers an optional Sport Line package, which includes a mechanical limited-slip differential, Brembo brakes, and a set of 19-inch dark alloy wheels. There’s also a sporty exterior package with dark chrome highlights. Most of this kit is included in the 3.3T as standard. 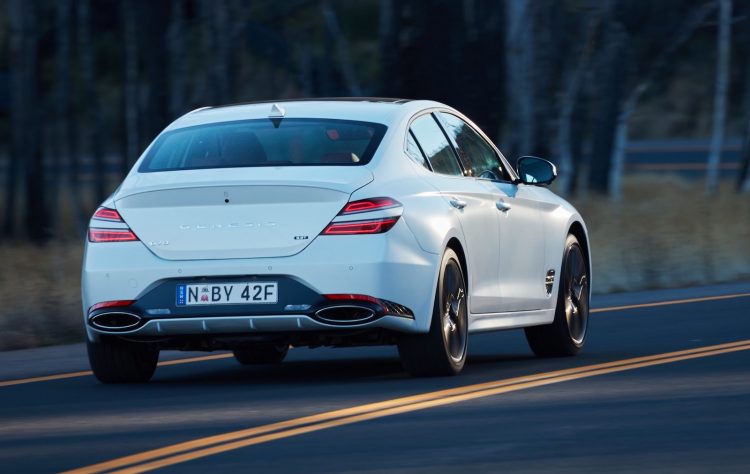 As we’ve already seen from its initial debut, the facelifted G70 showcases new-look split headlights and taillights, and larger front grille. Some big changes are also made inside, with a new 10.25-inch touch-screen media interior replacing the old small-ish item in the outgoing model. 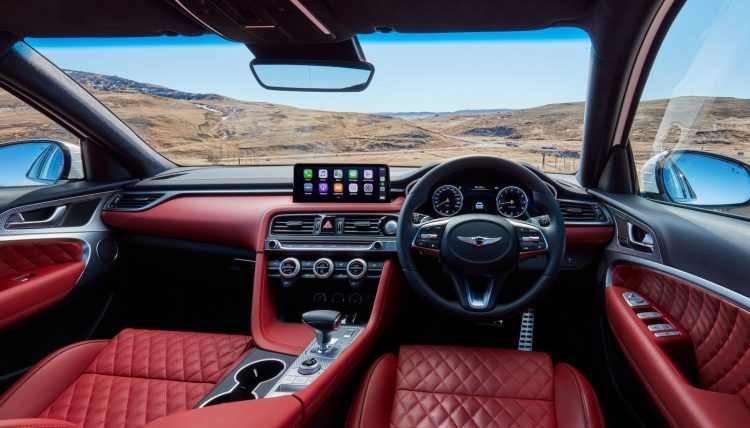 Engineers have also made some mechanical revision underneath, with an Australian-specific electric power steering and suspension tune, while all models come with 19-inch wheels wrapped in Michelin Pilot Sport 4 tyres. They are staggered in size, with 225/40 on the front and 255/35 on the back. The 3.3T also comes with Adaptive Control Suspension as standard, as well as variable gear ratio steering.

The new model is on sale now with prices starting from the following (excluding on-road costs). PerformanceDrive is at the official media launch this week, and will be posting our review and video when the embargo lifts on June 12.