To spice up the range, Audi is offering the TT with an S line Competition package. The kit includes various exterior and interior enhancements to give the TT 2.0 TFSI the attitude of the muscly TT RS. 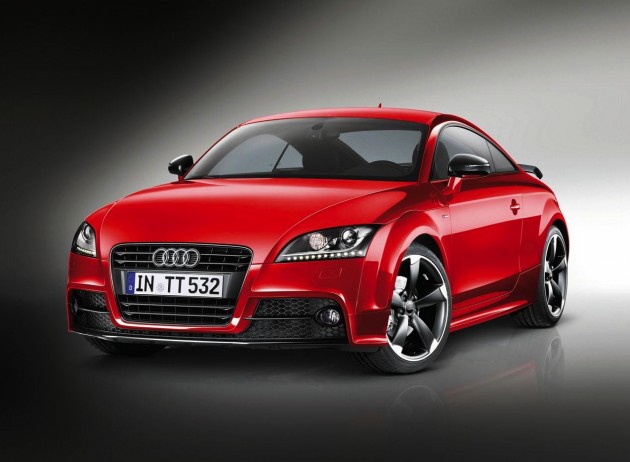 The S line Competition package is all about enhancing the styling of the TT. At the front there’s an aggressive chin spoiler with black mesh air intakes, as well a LED daytime running lights integrated into the headlights.

Matching the face is a set of chunky side skirts, while at the rear is a new bumper bar with an integrated diffuser section, twin black exhaust tips, and a wing mounted on the hatch. Other exterior features include 19-inch alloy wheels and sports suspension that lowers the TT by 10mm. 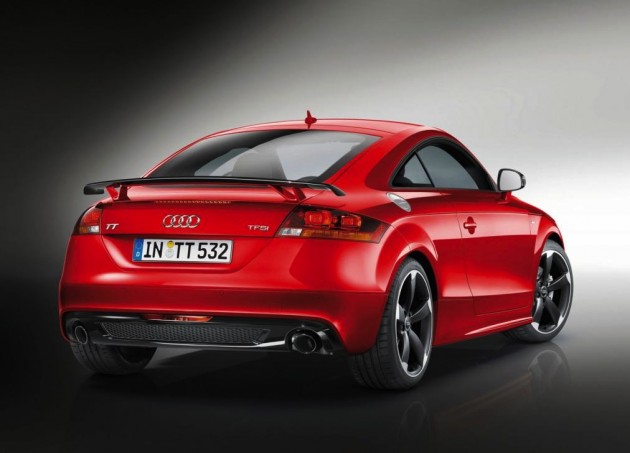 Inside is similarly themed, with sports bucket seats, plenty of aluminium trimmings, a short shifter for the manual transmission versions, and a sports flat-bottomed steering wheel.

The turbocharged 2.0-litre petrol engine is left unchanged. It produces 147kW of power and 280Nm of torque, allowing the TT to sprint from 0-100km/h in 6.6 seconds.

The Audi TT S line Competition package will be made available in Australia during the first half of 2013. Prices are yet to be announced.