Audi has pulled the wraps off the all-new Audi RS 7 Sportback at the 2013 North American International Auto Show in Detroit. The performance four-door coupe will go head to head with the new BMW M6 GranCoupe and the Mercedes-Benz CLS 63 AMG. 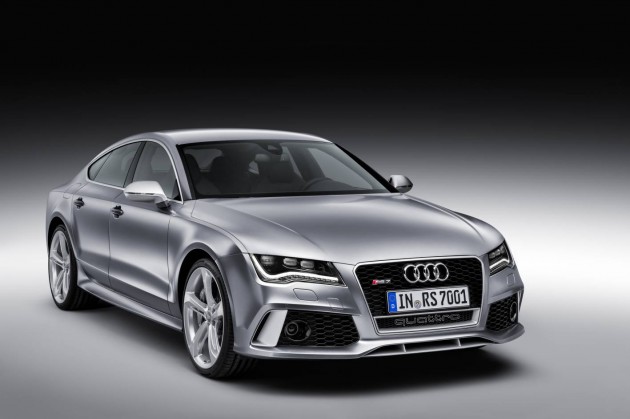 Powered by the same 412kW/700Nm 4.0-litre twin-turbo V8 as seen in the new RS 6 Avant, the RS 7 is able to sprint from 0-100km/h in just 3.9 seconds. It uses an eight-speed automatic transmission and a quattro all-wheel drive system, returning an average fuel economy rating of 9.8L/100km.

The RS 7 can be distinguished by a set of striking 20-inch alloy wheels, or optional 21-inch items, an aggressive front fascia and lower spoiler, twin-outlet exhausts at the back, and a chunky rear diffuser. 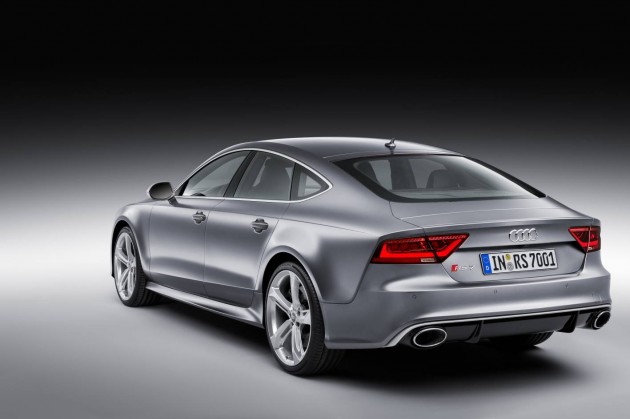 Inside, the Audi RS 7 Sportback features four highly bolstered bucket seats, a sports steering wheel, and carbon fibre trimmings. There’s also 535 litres of cargo space under the hatch, which can be expanded to 1390 litres when the rear seats are folded down.

Other highlights include a full MMI satellite navigation system including an Advanced Sound System from Bang & Olufsen. The driver can also select between various driving modes, including Dynamic Ride Control suspension.

The stunning grand tourer will go on sale in Australia during the first quarter of 2014. Prices are yet to be sorted.