Audi Australia is introducing the Audi R8 Spyder 4.2 FSI V8. This is the drop-top version of the R8 which was, up until now, only available with the 5.2 FSI V10. 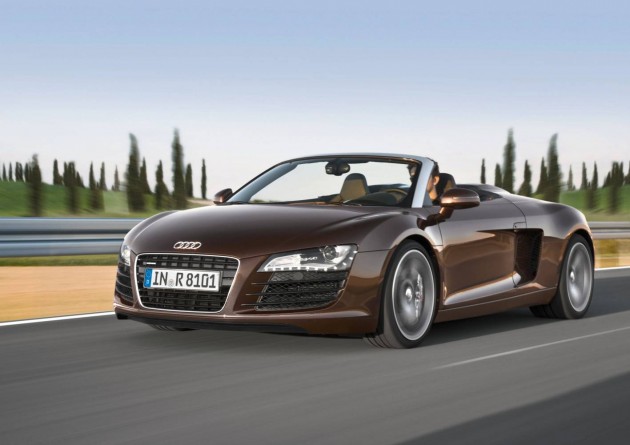 Audi says the new addition to the lineup will be only available by special order. It comes with a 4.2-litre FSI V8 engine powering all four wheels through Audi’s quattro system.

Maximum power is rated at 316kW and maximum torque is rated at 430Nm. Sending all that through the wheels at once will get you from 0-100kmkm/h in 4.8 seconds. Redline cuts off at 8250rpm.

Fuel consumption, not that you would really care in an awesome car like this, is rated at 13.5L/100km when optioned with the R tronic six-speed sequential, and 14.4L/100km with the manual.

Using carbon fibre in various aspects of its construction, the Audi R8 Spyder 4.2 FSI tips the scales at 1660kg (in manual form). The side panels and sections of the roof cover are made from carbon, while 75 per cent of its construction is made with high-strength aluminium.