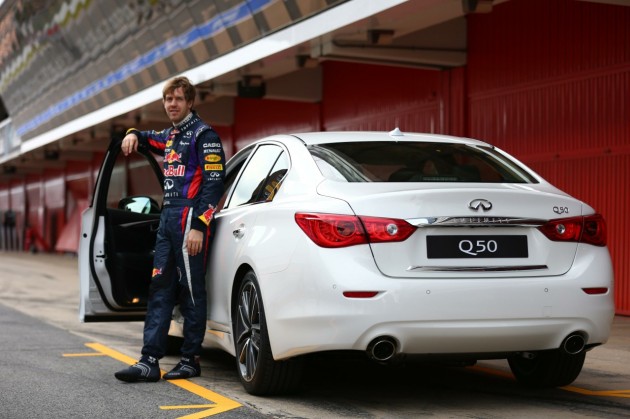 Infiniti is one of Red Bull Racing F1 team’s major sponsors, so it comes as no surprise that Vettel plays some part in production vehicle development. Infiniti says Vettel has already played a crucial role in the development of the new Q50 sedan, and of course the FX Vettel Edition. Johan de Nysschen, Infiniti president, recently said,

“Sebastian’s talent and ability behind the wheel is unquestionable and his role in developing Infiniti vehicles has already proven invaluable. How many premium automotive brands can honestly say its vehicles have been developed alongside a triple World Champion?” 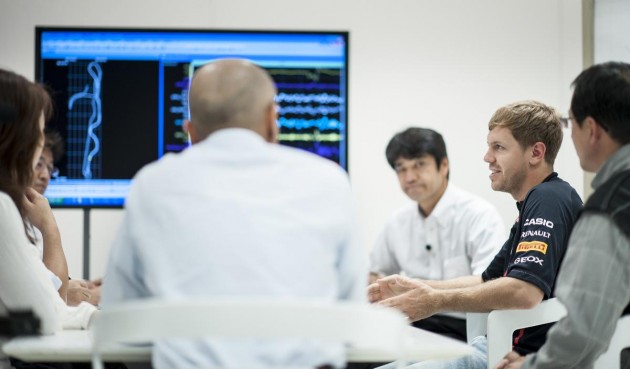 Vettel helped out during the early development stages of the Q50 in Japan, providing feedback for engineers in relation to its performance, chassis dynamics, and handling. The extended partnership will deepen the relationship between the F1 team and the vehicle maker. Vettel said,

“I am really happy to extend my relationship with Infiniti and become their Director of Performance. Helping to develop the Infiniti Q50 was a very different type of driving duty for me but I approached it in exactly the same way as I do my Formula One car. I am looking forward to working closely with Infiniti in developing more of their road cars into the future.”

Expect more driver-focused performance vehicles from Infiniti in the coming years. The new Q50 will go on sale in Australia during the final quarter of this year.