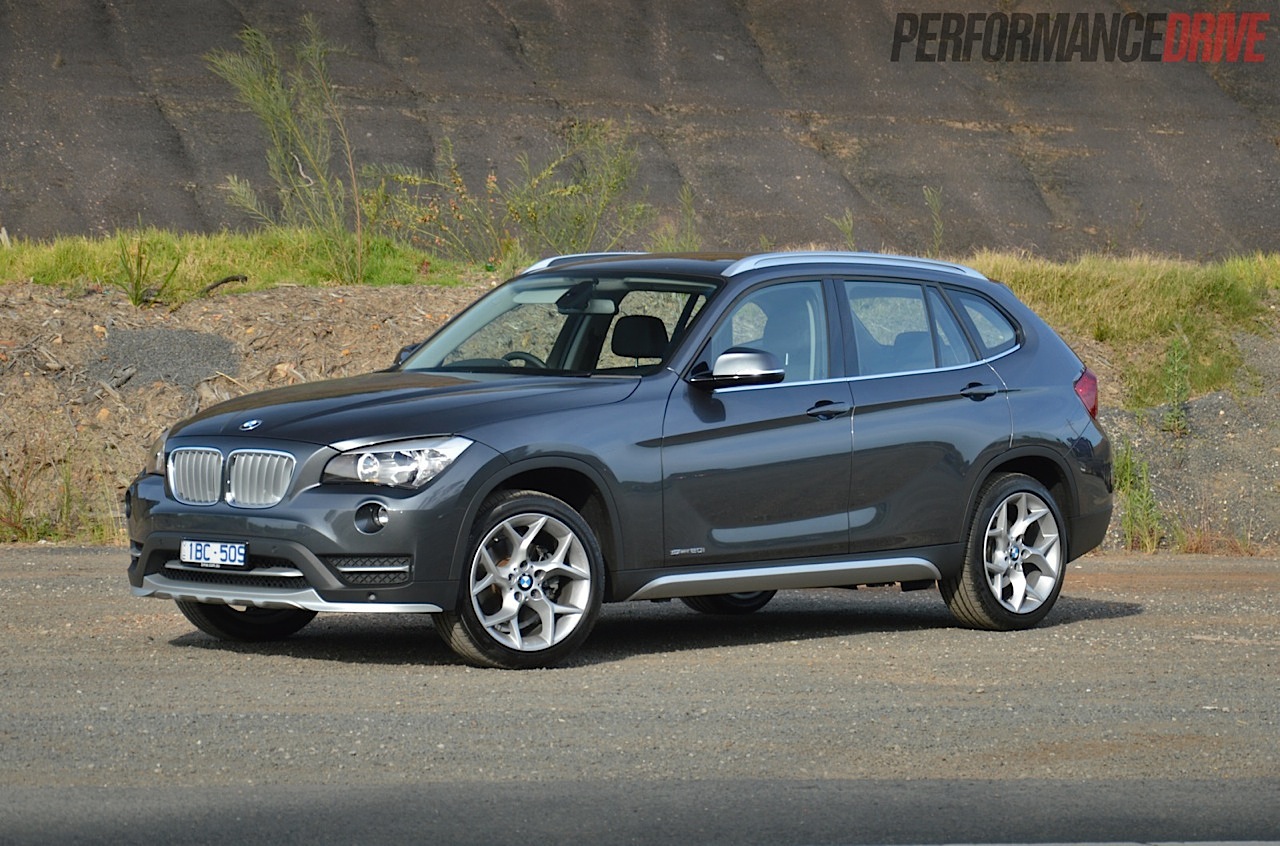 Welcome to the 2015 BMW X1 sDrive20i. This is the smallest SUV from the Munich-based company, blending the practicality of a small hatch with the ground clearance of a plucky crossover. 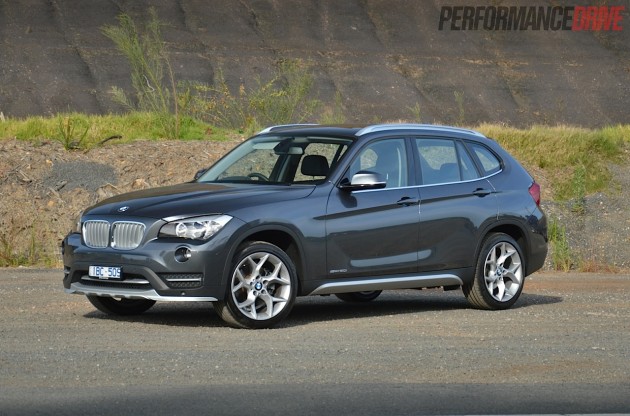 The X1 underwent a model update, or an LCI as BMW calls it, back in April. It included a number of technology tweaks, boosted value and packaging, and the standard fitment of an eight-speed automatic for all models. Two rear-wheel drive variants are on offer, including the sDrive18d diesel and this sDrive20i petrol. There are also two xDrive four-wheel drive variants; 20d and 28i.

Under the bonnet of the sDrive20i sits BMW’s relatively new 2.0-litre turbocharged four-cylinder engine producing a respectable 135kW of power and 270Nm of torque. It’s matched up to the fantastic ZF-sourced eight-speed auto and comes with paddle shifters as standard, unlike the sDrive18d.

Prices were revised with the LCI update, with the base model 18d currently kicking off from $46,300, and this sDrive20i starting at $48,300 (excluding on-roads). There is no manual option anymore. 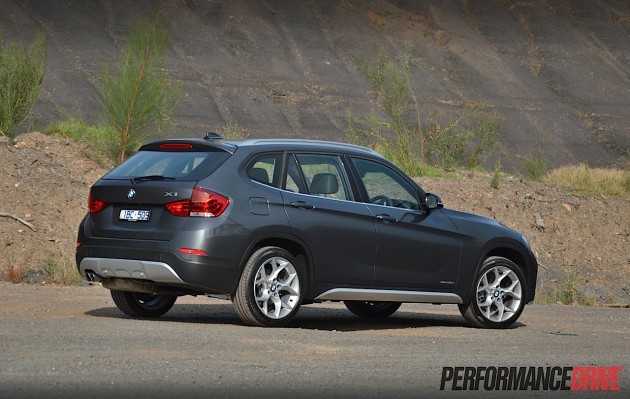 Unlike other late model BMW vehicles, the X1 doesn’t come in three specific trim lines. If you go for the sDrive20i you get a specific equipment level and you can option for various individual appointments from there. You can opt for the popular M Sport package ($3692), or the Sport Line kit ($2307), or the xLine trim (18-inch alloy wheels, matt silver highlights – $2769 [as tested]), and various other combinations for added personalisation.

Cabin atmosphere and size is very similar to the 3 Series, loosely based on the same platform (E91). It’s not overly small for this type of vehicle, but seating in the back is a little tight for legroom. There is a flip-down centre armrest with two cup holders in the back, and there are also cup holders in the doors that are big enough for most water bottles.

Front passengers are treated to more legroom and height adjustable seats, as well as a 6.5-inch ‘Business’ grade interface and iDrive controller. The interface supports all of the common media sources via a fairly basic five-speaker stereo, also incorporating GPS sat-nav and a comprehensive on-board computer system with engine oil and tyre pressure check facilities.

The iDrive controller is a pleasure to use thanks to its intuitive four-axis slide and push action and circumference of quick jump-to menu buttons. Unfortunately, a rear-view camera is an $850 option. It does come with rear parking sensors as standard though, along with a plethora of airbags, dynamic stability and traction control, and corner brake control. All of the safety tech enables all X1 models to surpass five-star ANCAP standards.

Being the entry model SUV, you do notice some cheap plastics are used in the lower sections of the dash and doors compared with other BMW vehicles. You can option for some nice, real wood trimmings for around $500 (as tested), which do bring up the quality and general atmosphere of luxury.

Overall, the cabin is a super friendly place to be, with good vision through the front and sides, and a slightly raised up, must-have SUV-like driving position. It’s very similar to your everyday hatch in terms of cabin friendliness and useability. The dash and controls are clean and uncluttered too, which means you don’t have to spend too much time familiarising yourself with everything. 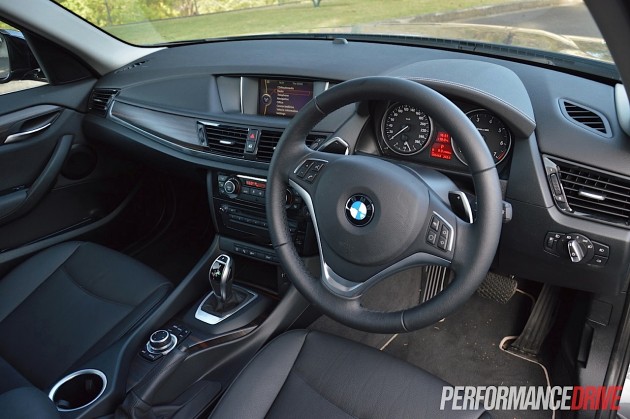 The big test for any entry-level BMW is the way it drives; it has to be nothing short of perfect. The company has built up a sound reputation for offering sheer driving pleasure, no matter what vehicle type. Does the X1 live up to the standards? On first impressions, it does.

The steering is fluid with exceptional feedback. It feels light, engaging and very happy to turn. When pushed through a series of enthusiastic bends it responds joyously, following your every command. If you really push it, the ‘entry-level’ personality is exposed to some extent; there is some gentle understeer and a hint of vagueness going over bumps, and the front end feels somewhat under-laden.

Fans needn’t be too concerned however, as it is one of the best handling (if not best), most direct and precise vehicles in this segment. It’s simply not as refined or dynamic as other BMW vehicles in our opinion. Poke your head underneath the car and you’ll see the extensive chassis bracing with fully independent suspension front and rear (see gallery below).

You might be wondering if you should go for the 20i edition as opposed to the more powerful but more expensive 28i. In our opinion, the 135kW 2.0-litre turbo engine is well-matched to this vehicle. Power and torque delivery is extremely versatile, with max torque available from just 1250rpm. It doesn’t mind revving out to redline, although, we think it’s more comfortable – and more rewarding, actually – to change up at around 5000rpm. If you do this you’ll hear a reassuring burble from the exhaust as the transmission upchanges.

German-based transmission specialist ZF is now an esteemed and integral branch of the auto industry, offering superb transmissions for a number of big-name auto manufacturers. In all X1 variants you get a ZF eight-speed auto, like what is featured in all non-M BMW vehicles (albeit in various tunes). Changing up with the paddles results in eye-blinkingly quick shifts, and downchanges are supported by neat rev matching. It is easily a class standout in this segment. The unit can behave in a number of different ways too, with Eco Pro mode and Sport mode both offering distinct operation.

Even though it’s not an off-road-specific vehicle, the raised suspension, plastic cladding around the lower sections of the body, and the 179mm ground clearance does propose some degree of adventurous ability. During our test we ventured onto a dirt road to see how it handled. With all traction systems turned off the differential behaves much like a limited-slip arrangement, with no inside wheel wheelspin slowing down progress. It squirms under power, biting into the dirt. Some playful drifting is also possible.

If you are planning on regular camping trips off the tarmac, be advised the sDrive20i does come with run-flat tyres as standard. This means there is no spare wheel. Coincidentally, we experienced a flat during our test on the dirt. According to the owner’s manual it’s recommended that you drive at no higher than 80km/h for no more than 80km with a flat tyre, which is obviously not ideal if you’ve travelled far for a holiday. In our opinion run-flat tyres are not suitable for any sort of off-roading, at least at the current tyre technology level. The ultra-stiff sidewalls provide no give on uneven surfaces, and with no spare, there is a bit of anxiety on how far you can or should travel. 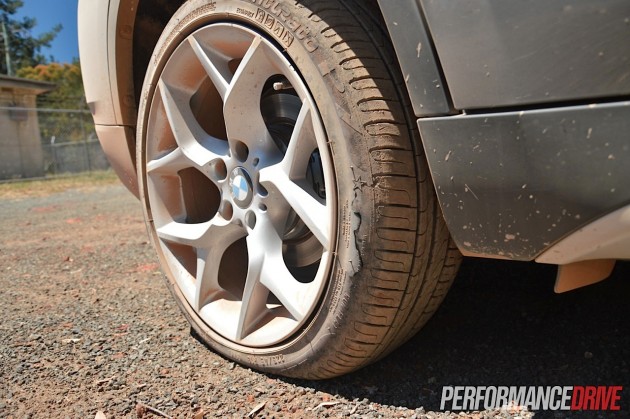 Compared with rivals such as the Audi Q3 and Lexus NX, the X1 is more of a hatch than an SUV. In that regard, it is easily the better handling and more enjoyable driver’s package. The interior is very practical and user-friendly, and it comes with an impressive level of standard equipment. All in all, this is a relatively inexpensive avenue to access BMW’s pedigree and driving experience. If you’re in the market for a small hatch and you have an adventurous side, and you love driving, look no further.

CONS:
– Not as refined or premium as other BMWs
– Run-flat tyres. No spare
– More of a hatch than a off-road-ready SUV 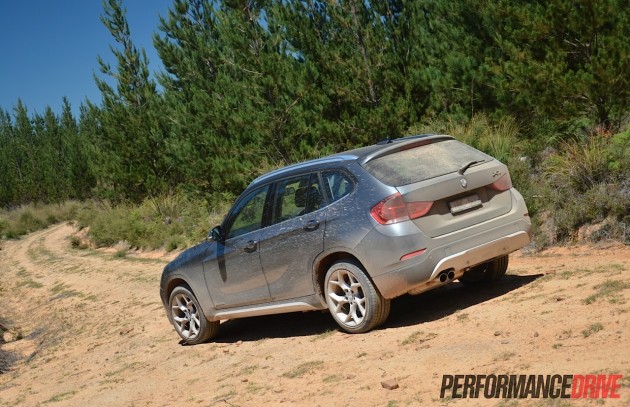