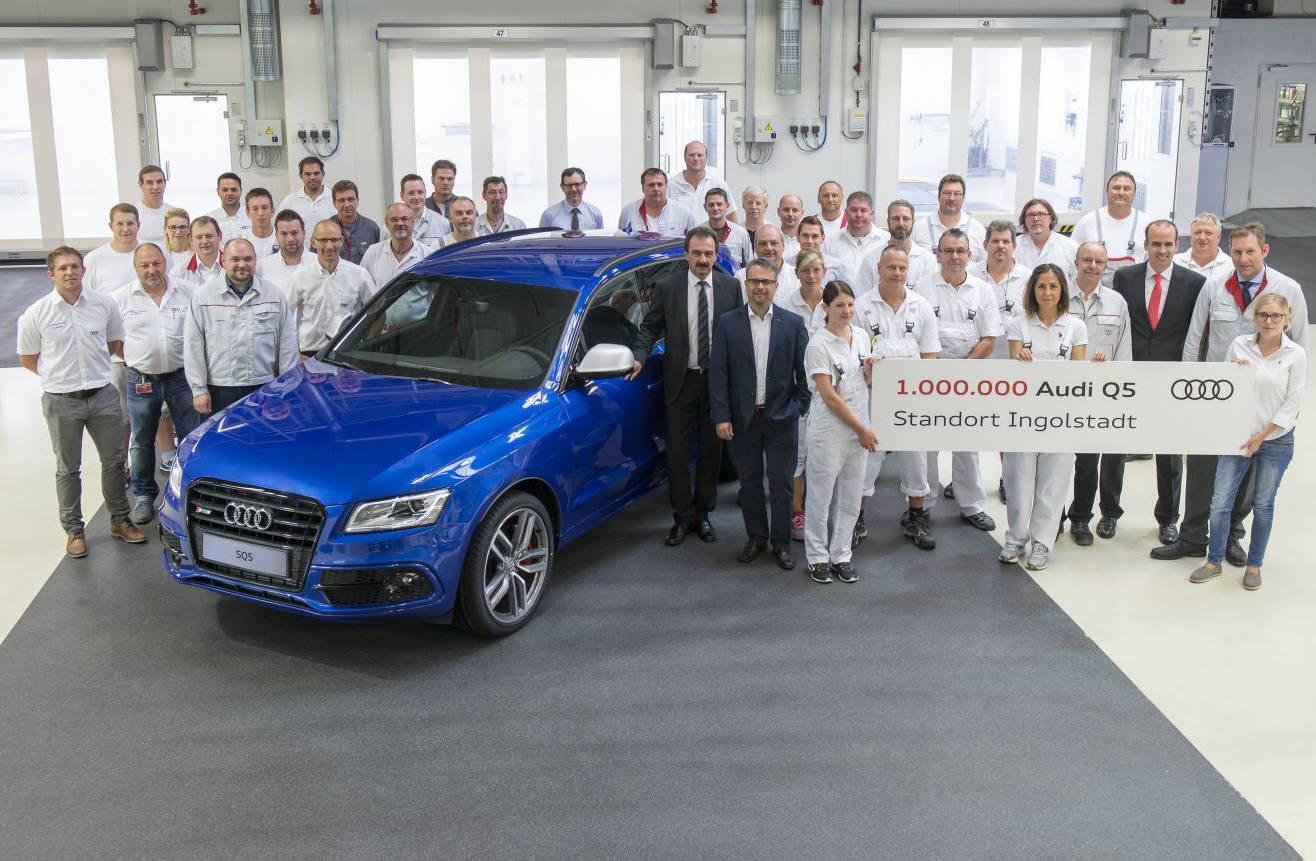 Audi has announced a major milestone for its popular Q5 SUV, having produced its one-millionth unit in Germany. The one-millionth Q5 to roll out of Audi’s Ingolstadt factory was a Sepang Blue SQ5, headed for a German customer. 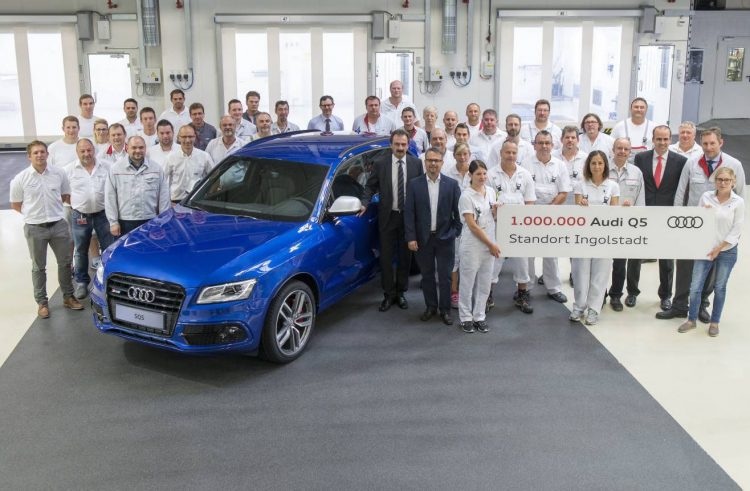 Audi first introduced its mid-range SUV back in 2008, and the Q5’s popularity has skyrocketed with a total of 1.6 million worldwide deliveries so far. Keep in mind this total takes into account Audi’s secondary factories in India and China that supply their respective domestic markets.

Audi shipped a total of 266,968 Q5 units globally last year, representing an 8.0 per cent increase over 2014’s sale figures of 247,446. Global Q5 sales have also risen 4.7 per cent in the first half of this year. Albert Mayer, Audi’s Ingolstadt plant director, said;

“The international success of the Audi Q5 is due to the outstanding performance of our team. The Audi Q5 is a genuine guarantee of success for us. For that reason, I am very proud that we have created a worldwide crowd puller with this SUV model from the main plant in Ingolstadt… We achieved it with great effort and commitment.”

In terms of Australian sales, there have been 1919 units sold so far this year (through July), giving it 11.1 per cent market share in the medium premium SUV class. It’s currently the fifth-best selling SUV in the segment, behind the front-running Mercedes GLC (2964). Year-to-date sales for the Q5 have fallen 21.2 per cent compared with the same seven-month period in 2015 (2436 sales).

Audi is planning the all-new Q5 which is set to be underpinned by the much more advanced VW Group MLB platform. Audi has confirmed the new Q5 will debut later this year. Production of the current-gen set to be ramped up to finalise the last of the generation.