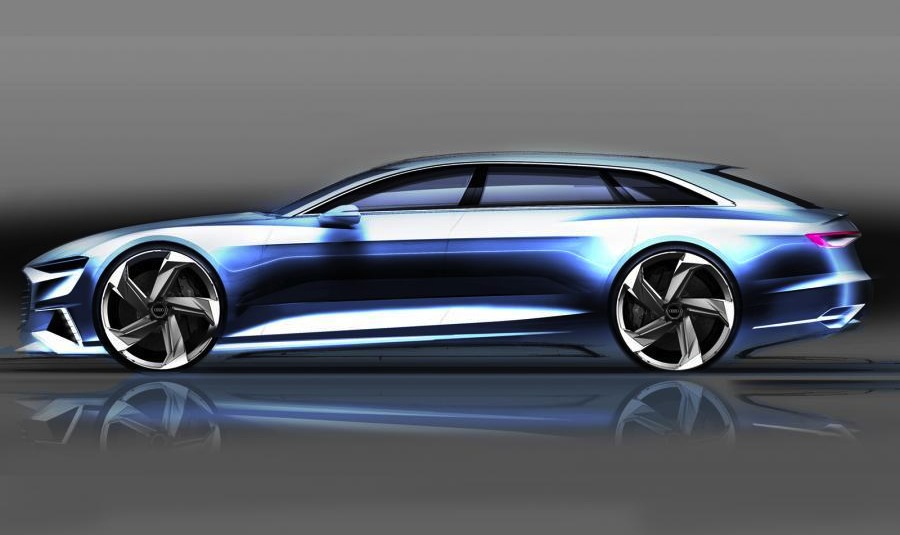 Audi is planning a stunning wagon version of the gorgeous Prologue concept, called the Prologue Avant. It will make its, probably show-stopping, debut at the 2015 Geneva Motor Show next month. 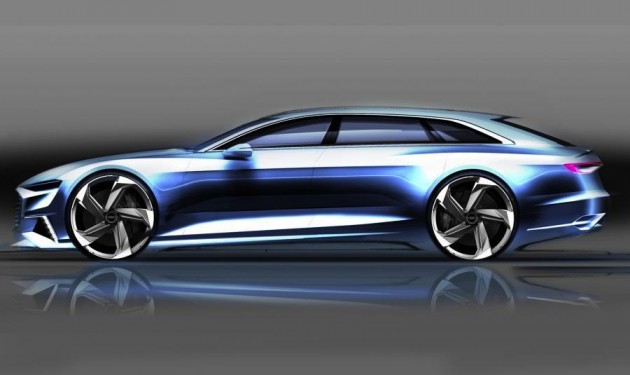 In case you missed the Prologue concept from the Los Angeles Auto Show last year, it was Audi’s first vehicle to be developed under the company’s new design boss Marc Lichte. It also gave us a preview of what to expect in terms of Audi’s future design direction, and a possible insight into an ‘A9’ model.

As for the Avant version, well, a wagon of anything is always just cooler. These sketches give us a first glimpse of the car before its debut, showing off super-sleek lines, alluringly muscular wheel arches, and a very low profile cabin.

Not many specific details have been revealed at this stage. It will showcase LED matrix headlights though, unique five-spoke wheels (compared with the sedan concept), and a dash-wide selection of LCD touch-screens for all of the vehicle’s on-board systems.

Under the bonnet? It will probably come with the same powertrain as seen in the original Prologue sedan, which featured a 4.0-litre twin-turbo V8 hybrid pumping out 455kW and 750Nm. The sedan is capable of 0-100km/h in just 3.7 seconds.

Like the sedan, the Avant could give us some clues as to what to expect from Audi in the future. There has been speak of a flagship A9 being on the way, potentially inspired by this. Could the Avant be a rival for the Mercedes-Benz CLS Shooting Brake perhaps? Look forward to more details on March 3, at the start of the Geneva show.