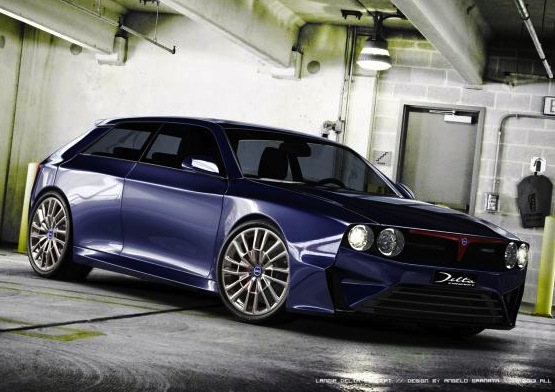 No, unfortunately a new Lancia Delta Integrale is not on the way to showrooms any time soon. However, if one did exist this is what it could look like. Automotive digital artist Angelo Granata has come up with a set of images envisioning a modern-day version.

As you can see, Granata has taken the original Delta design and given it a bit of a smoothing over. The panel edges are rounder and the stout wheel arches blend in more gradually with the rest of the body.

At the back, the roofline droops down leaving a slight coupe-like layout. It still features five doors, like the legendary rally icon, with an overall length of 4270mm.

Under the bonnet, the concept is imagined with the Alfa Romeo 1.75-litre turbo four-cylinder, as seen in the Giulietta QV. It produces 173kW and 300Nm. Hooked up to an all-wheel drive system, 0-100km/h would take around 6.0 seconds.

In its day, the Delta HF Integrale Evolution II came with a 2.0-litre 16-valve turbo four-cylinder producing 158kW. Acceleration from 0-100km/h was handled in around 5.7 seconds.