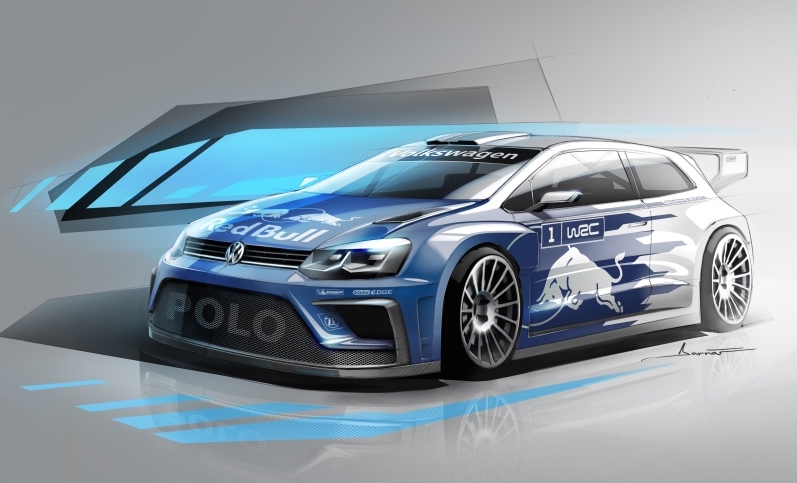 Volkswagen has released a teaser sketch of the 2017 Volkswagen Polo R WRC car, built to comply with 2017 WRC specifications. 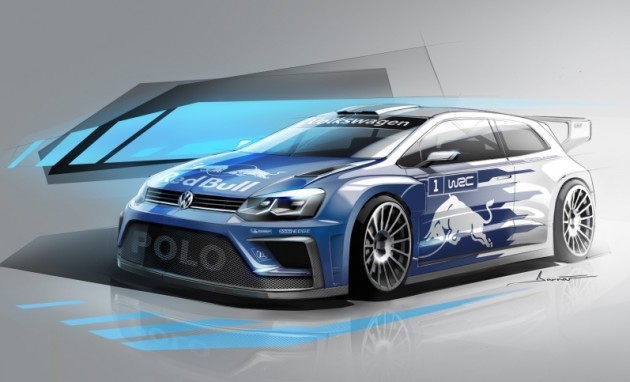 The new vehicle is designed to compete in the 2017 FIA World Rally Championship, which means it can use an enlarged intake for increased engine power. The FIA is allowing a 3mm increase in diameter for the air restrictor.

As a result, the 1.6-litre turbocharged four-cylinder is allowed to produce up to 280kW, up from the current 234kW output. To make use of the extra power engineers will be able to implement an electronic centre differential.

In other areas, the 2017 regulations allow for a reduced weight from 1200kg to 1175kg, which will also see increases in speed, as well as big changes to allowances with aero features. There will be revised allowances for a much larger rear wing and wider front splitter.

Judging by the preview sketch, the Polo WRC will indeed get a larger rear wing and the wider front spoiler. You might also notice the pumped wheel arches. Volkswagen Motorsport director Jost Capito spoke about the new version, saying:

“The 2017 WRC regulations include many spectacular technical innovations. The World Rally Cars of the future will incorporate all the experience that teams have gained in recent years. They will be considerably more dynamic, whilst at the same time being safer.”

The new model has a big task ahead, filling the shoes of the existing Polo R WRC car which has been one of the most successful rally cars of all time. It has achieved 37 wins in 42 rallies, giving it a strike rate of around 89 per cent.