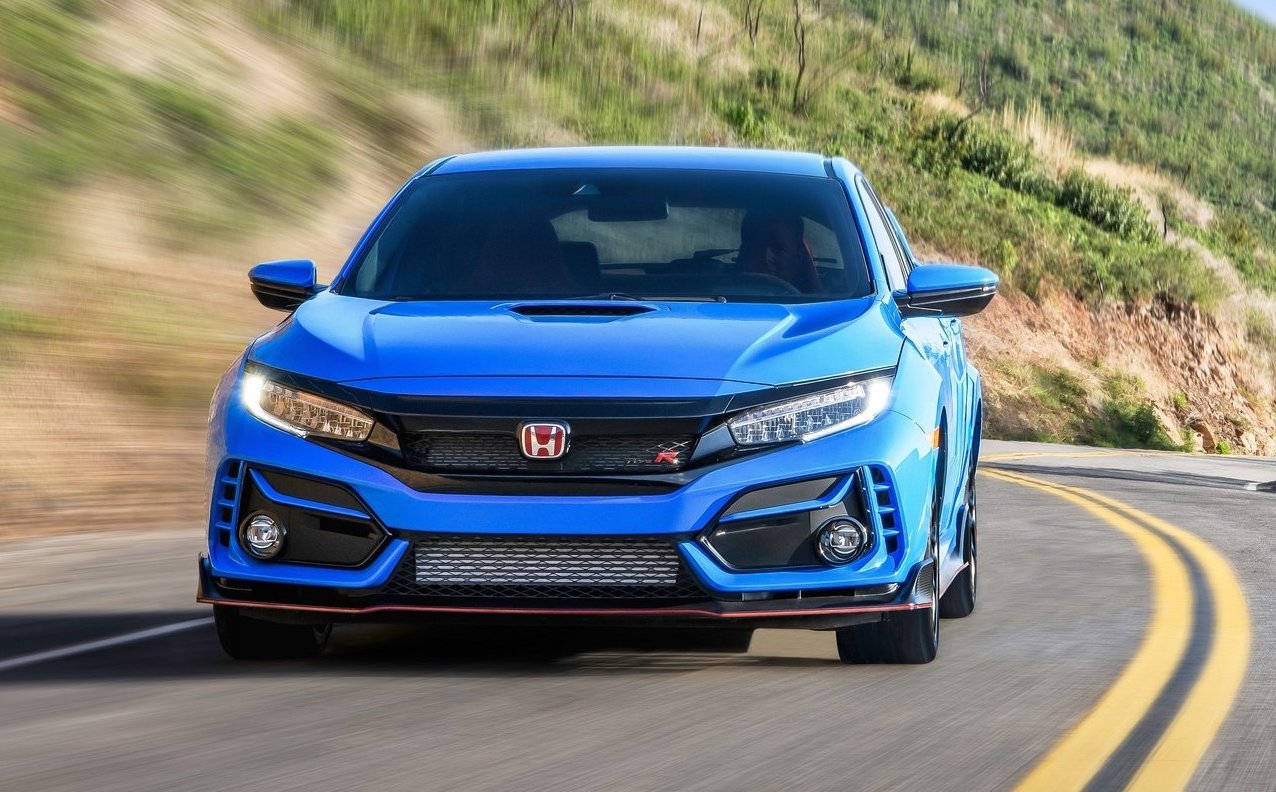 The awesome Honda Civic Type R will soon be available in Australia in updated 2020 form, which brings in a range of suspension and braking tweaks, more in-car tech and driving gadgets, and new exhaust technology. 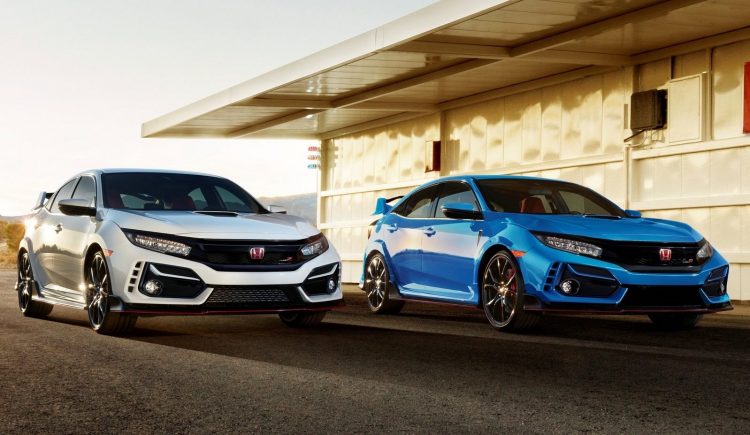 Honda unveiled the 2020 Type R update in January, but Honda Australia has finally locked in an on-sale date of October 1 for local showrooms. It will be sold as an MY2020, although by that time it might be labelled by some as a 2021 model.

To improve the driving dynamics – not that much work needed to be done in our opinion – engineers made some enhancements to improve response and agility. For example, the rear bushings for the lower B-arm have been swapped for stiffer items.

At the front, the compliance bushings are now 10 per cent stiffer longitudinally, and some new lower-friction ball joints have been introduced. Some enhancements for the Adaptive Damper System have been made as well, with a software update now running at 20Hz instead of 2Hz for better response and ride quality. 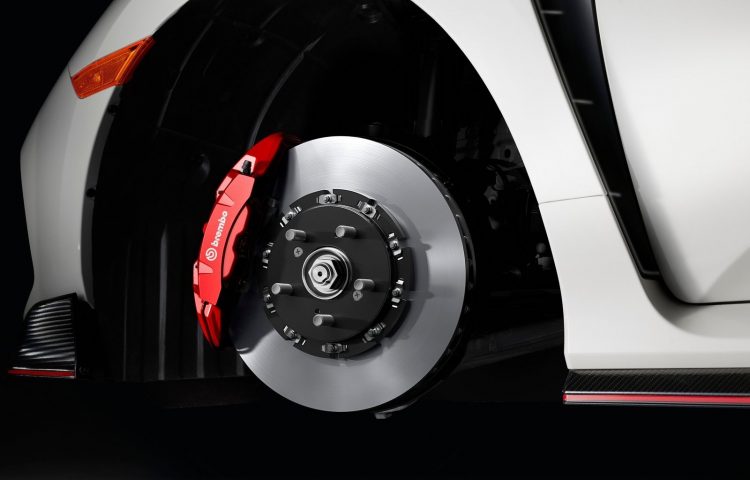 Braking performance has been improved thanks to a new two-piece floating front disc, with new brakes pads installed that promise better resistance to fade. Honda says that under heavy loads the brake pedal stroke is also reduced by up to 15mm to offer improved pedal feel. As a bonus the new setup also reduces unsprung mass by around 2.3kg.

Although there are some styling tweaks to the body, the front end features a new grille to aid engine cooling. An updated radiator core has also been brought in. Both changes decrease coolant temperature by up to 10 degrees in high-intensity conditions.

In terms of the design changes, the lower front fog light clusters are now symmetrical and feature smooth surfaces, and a revised rear bumper bar is now in line with the rest of the 2020 Civic range. A new Racing Blue colour option will be available, too. 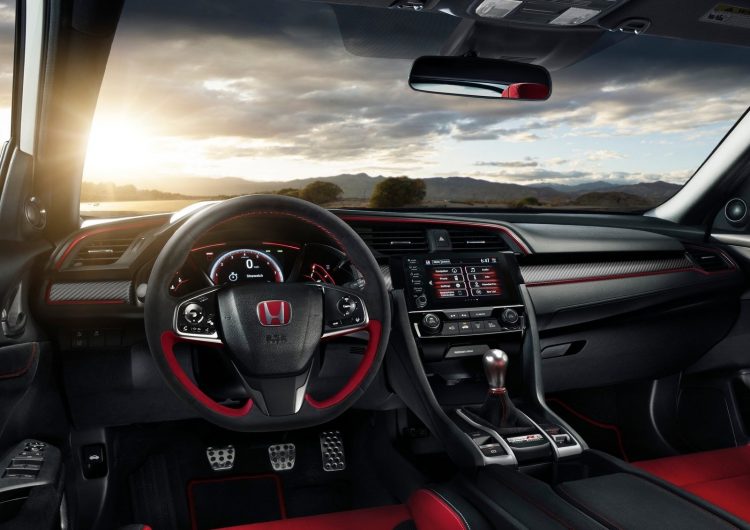 The interior is equipped with Honda’s latest Advanced Display Audio touch-screen that includes integrated climate controls, and there’s a proper volume twist-knob replacing the clunky button system. It also includes a new Performance Monitor app with a G-meter, and a Log Mode to record lap times, and an Auto Score function which can be used in conjunction with the Honda LogR app.

Alcantara is now applied to the steering wheel to improve hands-on grip, with a matching gear lever boot. A teardrop shape shift knob has been installed as well, inspired by the shifter on older Type R models, and it includes a 90gm internal counterweight to improve shift feel and shift accuracy. 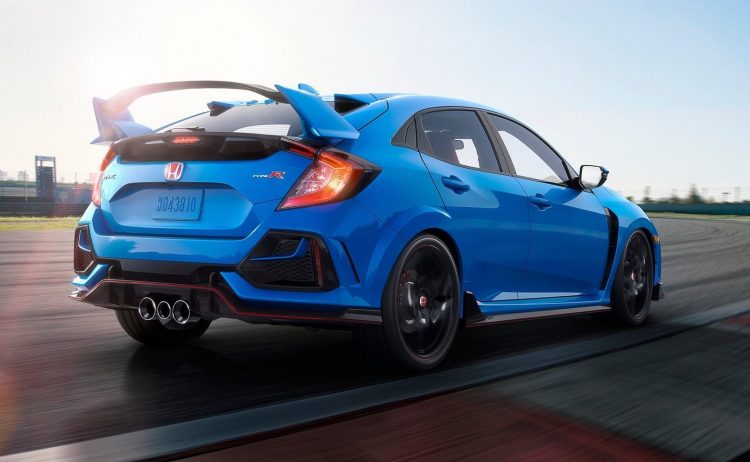 No changes are made under the bonnet. However, its 2.0-litre VTEC turbo four-cylinder engine remains one of the most powerful in the class. It continues to produce 228kW at 6500rpm, and 400Nm between 2500-4500rpm. Honda has incorporated a new Active Sound Control system though to provide an enhanced note in Sport and +R driving modes.