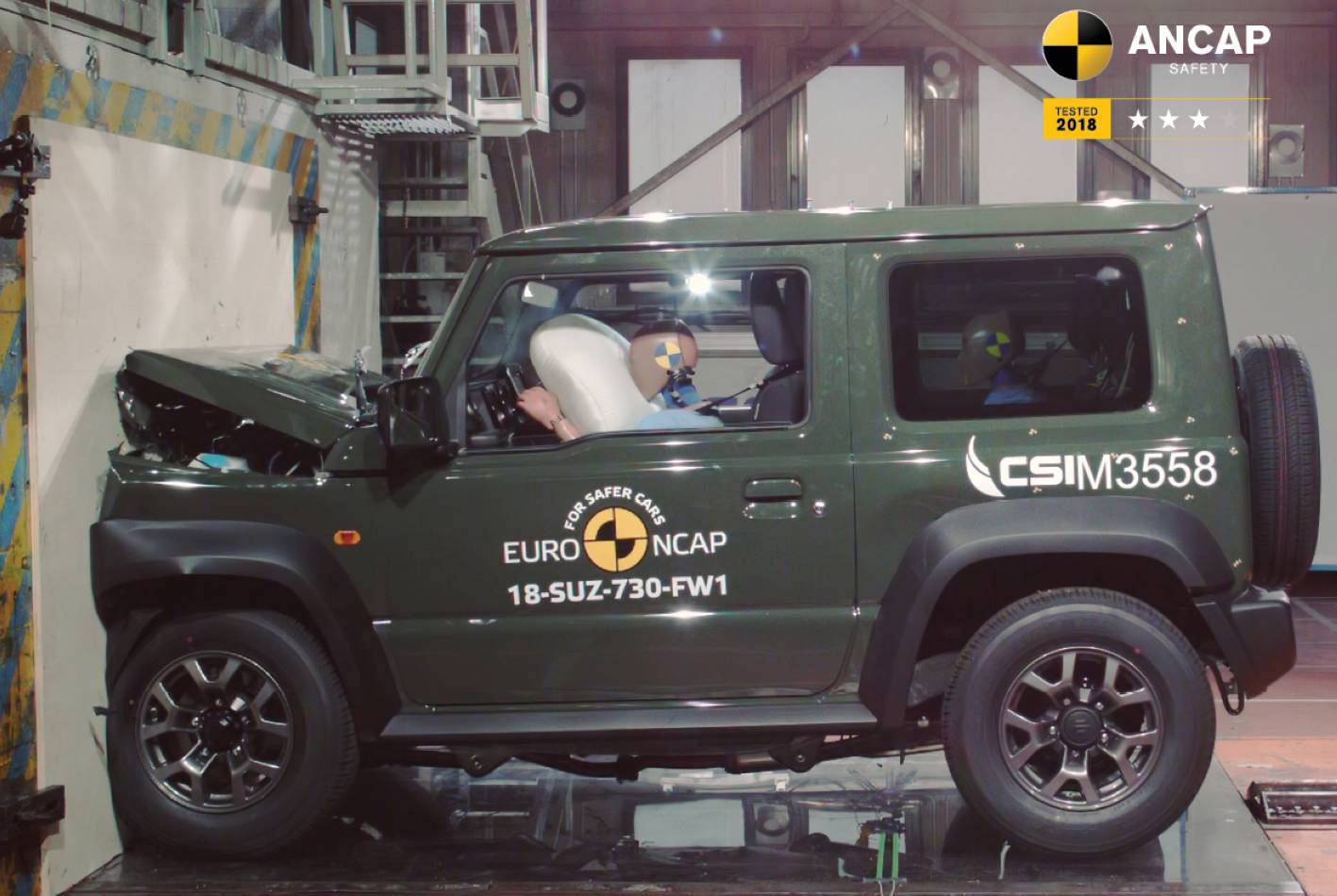 The all-new 2019 Suzuki Jimny officially goes on sale in Australia this Saturday. But, interested punters, beware, ANCAP has just finished analysing standard crash test data performed by Euro NCAP for the plucky off-roader, and given it a less-than-ideal three-star safety rating. 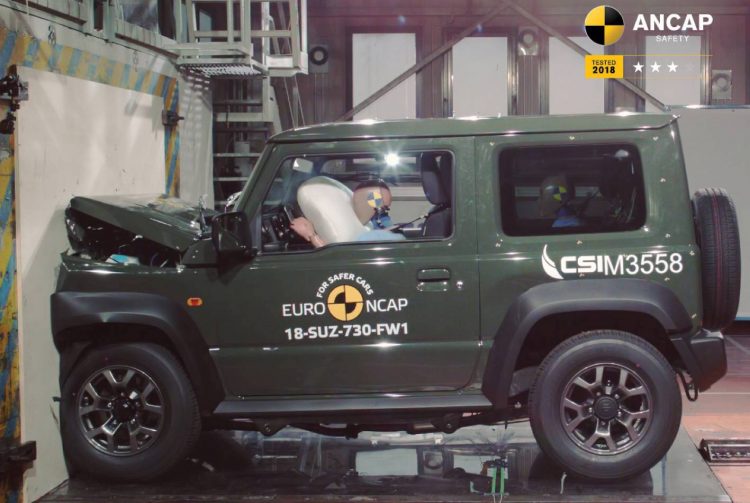 ANCAP says the new Jimny misses the mark with “structural and design weaknesses” and offers poor protection for pedestrians and cyclists. It also found a lack of effective safety aids. Although the new Jimny comes with autonomous emergency braking (AEB), ANCAP found that it doesn’t offer cyclist detection or effectiveness at nighttime.

Autonomous emergency braking does pick up pedestrians, but ANCAP says it showed weak performance during testing. Active lane keep systems are not available, which also damaged its overall scoring potential. James Goodwin, ANCAP CEO, spoke about the results in a statement, saying:

“The results show that the fundamentals of vehicle safety are still critical, and simply fitting an AEB system is not enough to earn a good rating. While marketed for off-road driving, these vehicles also spend much of their time on regular roads and buyers shouldn’t have to forego safety.”

Overall, the new model fell short in three of the four main assessment areas. It received 50 per cent for safety assist, 52 per cent for vulnerable road user protection, and 73 per cent for adult occupant protection.

Interestingly, its best performance was with child occupant protection, scoring 84 per cent. ANCAP said it scored well in this area for its ability to accommodate a range of child restraints in the two rear seats, while providing “good” protection in the frontal and side crash tests.

This latest safety rating applies to the GL and GLX variants of the new Jimny sold in Australia and New Zealand. Check out the crash test video below from the Euro NCAP division to see how it went.

PerformanceDrive was at the official launch event for the new Jimny earlier this week. An embargo is in place for all reviews until midnight tonight. Stay tuned.