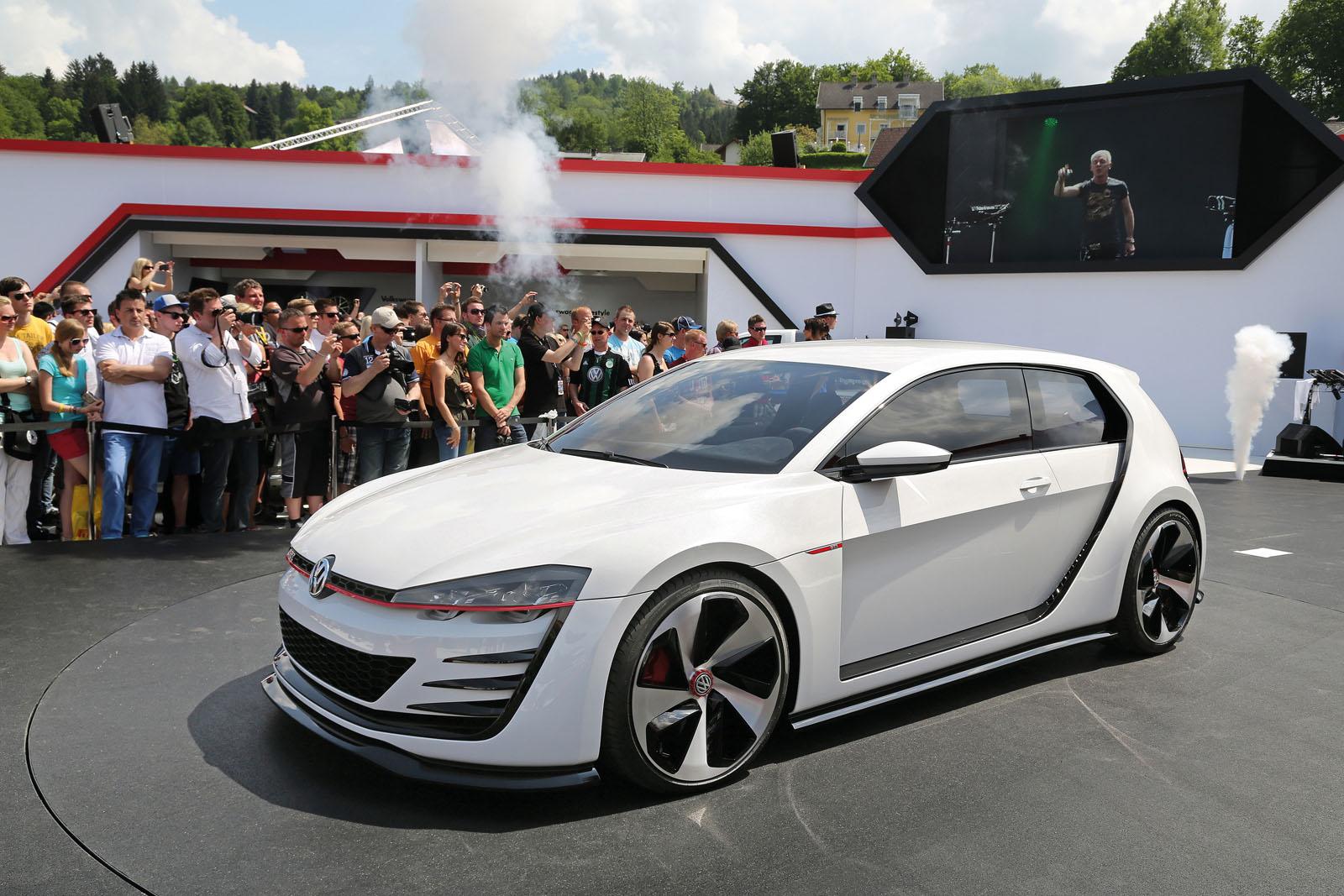 The awesome Volkswagen Design Vision GTI concept has made its debut at the 2013 Worthersee festival in Austria. The low-slung hatch features a turbocharged V6 engine, and hugely revised bodywork. 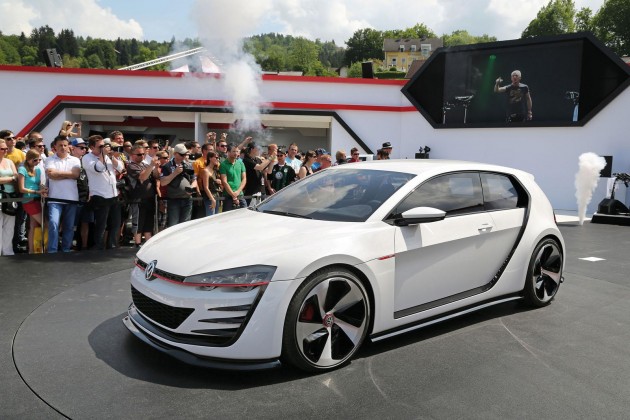 Loosely based on the Mk7 Golf GTI five-door hatch, the Design Vision GTI concept is what Volkswagen envisages as a radical racing car version of the Golf.

Instead of the usual 2.0-litre TFSI four-cylinder engine, the concept features a cracking 3.0-litre twin-turbo V6 producing a mind-bending 370kW of power and 560Nm of torque.

It’s powerful enough to see 0-100km/h done and dusted in just 3.9 seconds, partly thanks to the grip of an all-wheel drive system. It also has a top speed of 300km/h. 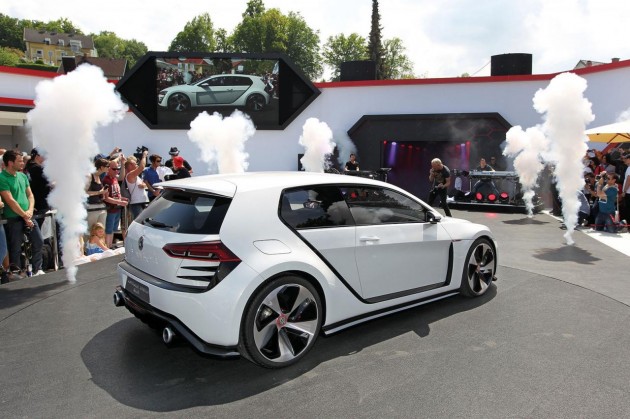 To ensure all of this speed can be contained, the Vision GTI comes with 380mm ceramic front disc and 356mm rear disc brakes. These hide behind a set of 20-inch alloy wheels wearing 235/35 front and 275/30 rear tyres.

As for the design, well, it’s simply breathtaking from every angle isn’t it? It showcases a wider track than the regular GTI, a longer wheelbase yet shorter overall length, and a lower roofline by 57mm. These elements combine for a very low and fat stance.

You can appreciate the detail after a long look at it too. From the intricate rear detailing surrounding the taillights, to the chunky carbon fibre rear diffuser, to the contrasting black line that runs down the side gills and along the sill panels and up to where the rear doors would be.

Klaus Bischoff, head of design of Volkswagen, spoke about the concept, saying,

“We put our claim to be a global player on a new basis with the DNA of our universal design idiom. A design that visualises the brand’s identity without a doubt is binding for all models that carry the VW logo. Thus each model is recognised as a true Volkswagen by its distinctive design.”

Of course, there are no plans for this diabolical beast to go into production, but it’s inspiring to see what could be.