Remember the rather striking Rimac One Concept from late last year? The Croatian company has now put a price on the electric supercar, and pitched it just under US$1 million (approximately AU$940,000). 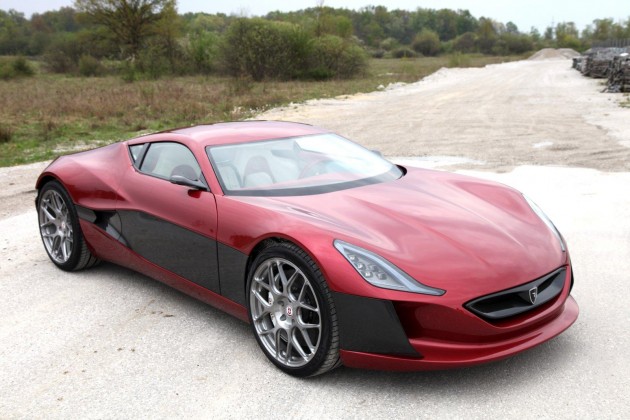 It seems kind of steep for an all-new vehicle. It does come with lots of luxury though, and an interesting interior design. The main thing that it comes with however, is serious levels of power.

In case you forgot, the Rimac One Concept features an all-electric powertrain with four motors placed at each wheel. These provide a maximum of 200kW each. Yes, that’s 800kW all up, and a colossal 3800Nm of torque.

The very low profile supercar tips the scales at a relatively lightweight (for an EV) 1650kg. After a quick calculation, it’s easy to begin to understand how quick this thing is, with a power-to-weight ratio of just over 2.0kg:1kW. These sort of numbers can be seen on the Bugatti Veyron spec sheet.

Rimac says acceleration from 0-100km/h can be handled 2.8 seconds, while top speed is rated at 305km/h. Not bad performance, especially with its potential full-charge range of 600km.

The company is planning to make just 88 examples. Orders commenced at the recent 2012 Top Marques show in Monaco.