You have probably been involved in, or at least heard of through someone else, some form of rental car hooning. While it hasn’t been confirmed if ‘hooning’ was the cause of this Chevrolet Corvette rental car crash, it’s very easy assume so. 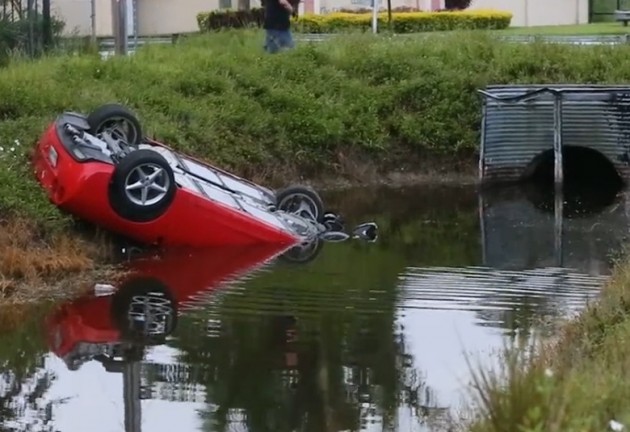 The crash occurred in the very-hoonable early hours of the morning in Florida, yesterday. It’s understood the two passengers lost control of the sports car, crashed through some railings, and then ended up upside down semi-submerged in a canal.

They reportedly escaped from the wreckage without assistance from rescue workers, however, one of them was taken to hospital for minor injuries. The other person is said to be fine.

So, one must ask, how does a V8 convertible rent-a-car end up being dragged through such a sequence of events? The cause of the accident is yet to be officially determined, but we’re pretty confident some big smiles were had just before the crash, before the panic faces kicked in.

The two are very lucky to have suffered only minor injuries, as a roll-over in a convertible can easily get quite brutal.