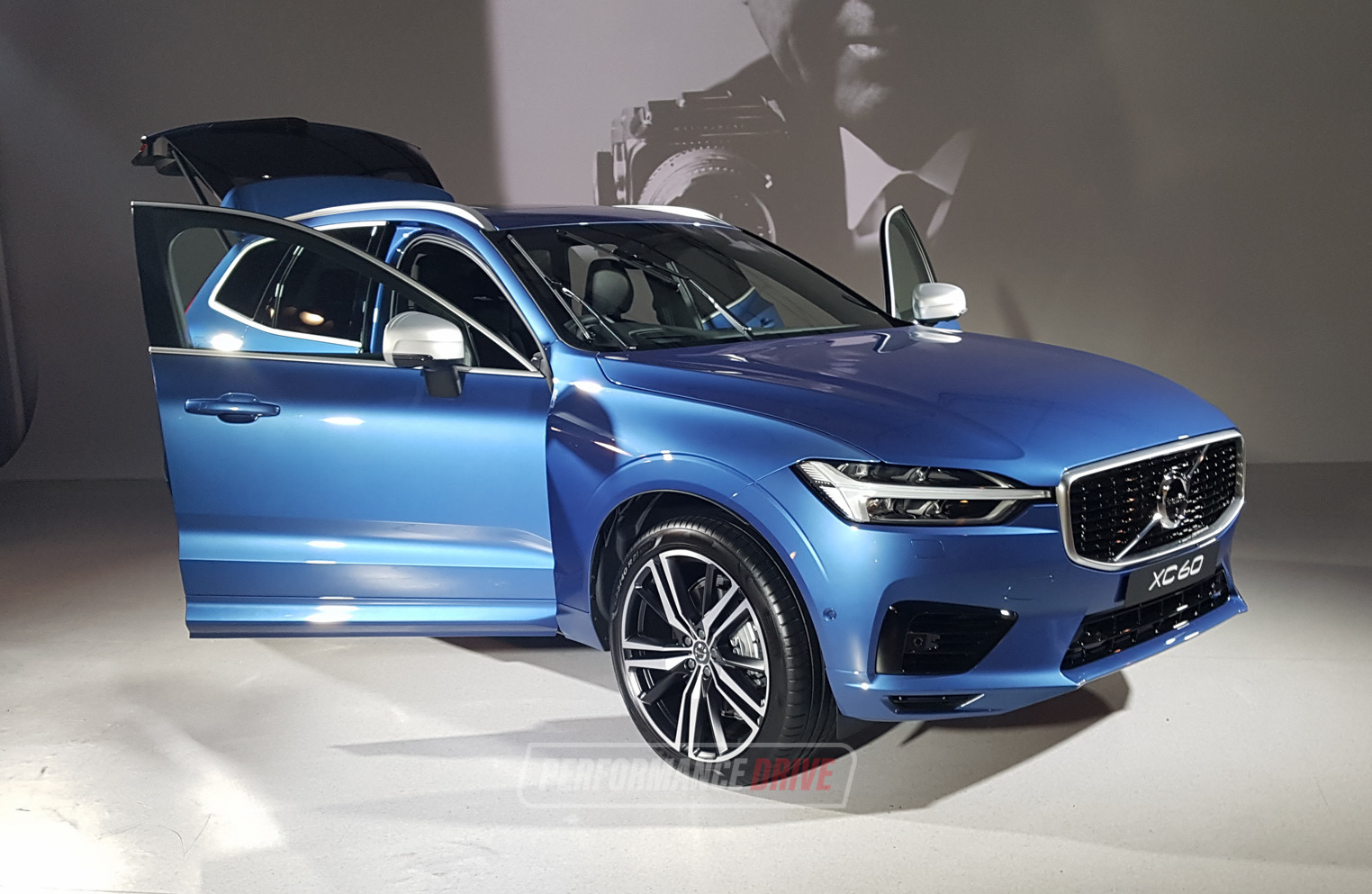 The all-new 2018 Volvo XC60 has landed in Australia, making its local debut at a private presentation in Sydney today. It comes after the announcement of local starting prices and variant lineup details, yesterday. 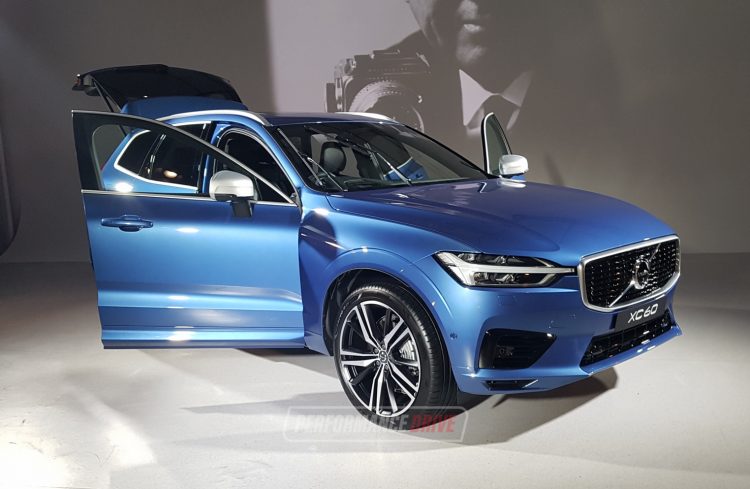 Volvo is pitching the new XC60 competitively in the market, using sharp pricing and standard features as its key drawcard. That is of course aside from the suave Swedish design inside and out, and class-leadingly powerful hybrid engine option.

As we learned yesterday the new XC60 range will consist of three main variant lines, from Momentum, Inscription to the top R-Design, with Australia missing out on the entry grade Kinetic offered overseas (the only model available without leather as standard). These are then split up by five engine options, including a range-topping T8 hybrid.

The T8 uses a 2.0-litre turbo and supercharged engine paired up to an electric motor system, combining to unleash 300kW of power. Interestingly, it also uses a conventional torque-convertor eight-speed automatic unlike many hybrids that use a CVT. This makes it one of the most powerful and quickest SUVs in its class – only the Mercedes-AMG GLC 63, which uses a twin-turbo V8, is more powerful. 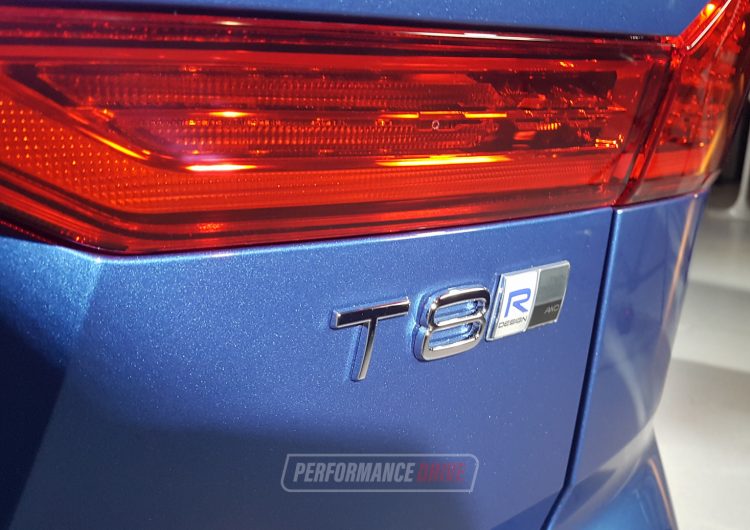 Unlike the Mercedes though, the T8 can run on electric power alone for around 32km. It also offers an official combined cycle fuel consumption of 2.1L/100km, which is the lowest figure in this specific mid-size premium SUV class. The package is able to perform 0-100km/h in a claimed 5.3 seconds.

At the special event we were able to get up close and personal with the new model and go through some of its clever functions such as play with the comprehensive touch-screen interface. This is very similar to the interface fitted in the larger XC90 and S90/V90 cars, presenting a tablet-like screen for the dash. There’s also a fully digital and configurable instrument cluster for the driver.

Volvo will be launching the new XC60 on October 1. Speaking with one of the personnel at the event today, delivery times are expected to be around four months from now, unless buyers jump in quick and catch the first lot that are landing by around November.