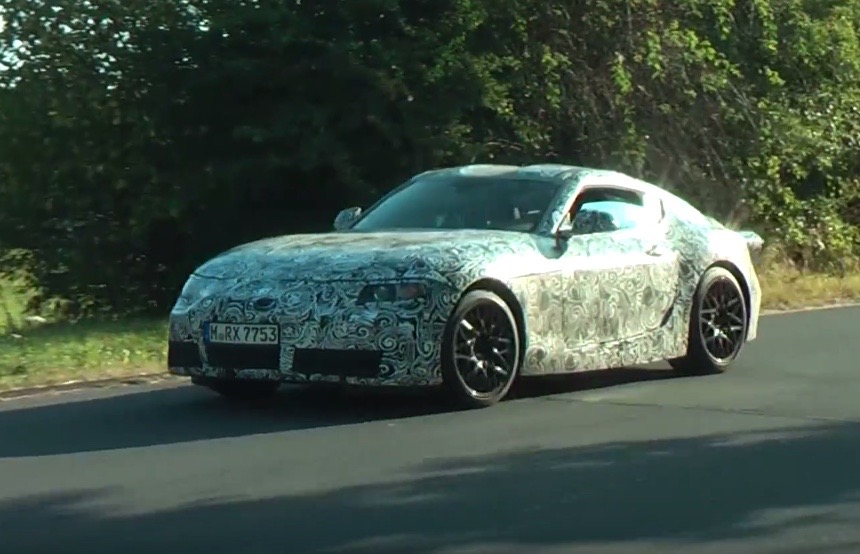 Finally, we now have video proof Toyota is working on a new Supra, with a prototype recently spotted undergoing test drives in and around the Nurburgring in Germany. 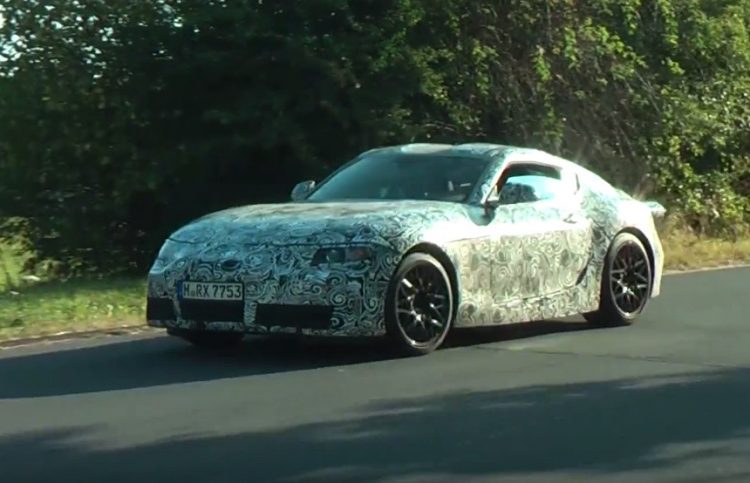 The heavily-reported revival of the Toyota Supra is part of a co-development project with BMW, as it develops its Z4 replacement. The BMW counterpart is likely to be named the Z5.

Not much is revealed in the video as the prototype is still quite camouflaged. But as you can see, the new Supra will follow in tradition, showcasing a sporty, long-bonneted two-door coupe shape.

Specific details are very scarce at this stage. Industry whispers suggest it will be offered with a range of turbocharged petrol engines of four- and six-cylinder variety. It’s believed the engines will be based on BMW units.

At the top of the range is expected to be a hybrid, pairing one of BMW’s efficient and power petrol engines with Toyota’s clever electric motor tech. The prototype in the video below sounds like it is the hybrid, emitting a strange whirring sound accompanied by what seems like a six-cylinder growl.

According to reports both the Toyota Supra and BMW Z5 will be produced by Magna Steyr, based in Arnold Schwarzenegger’s home city of Graz in Austria. This company already manufactures a range of vehicles, including the MINI Countryman and Mercedes G-Class.

As for the design, it is expected to be inspired by the FT-1 concept car. Judging by the prototype the production version will be watered down somewhat, although, it is very hard to tell with all of the camouflage and fake panelling. Take a look below.