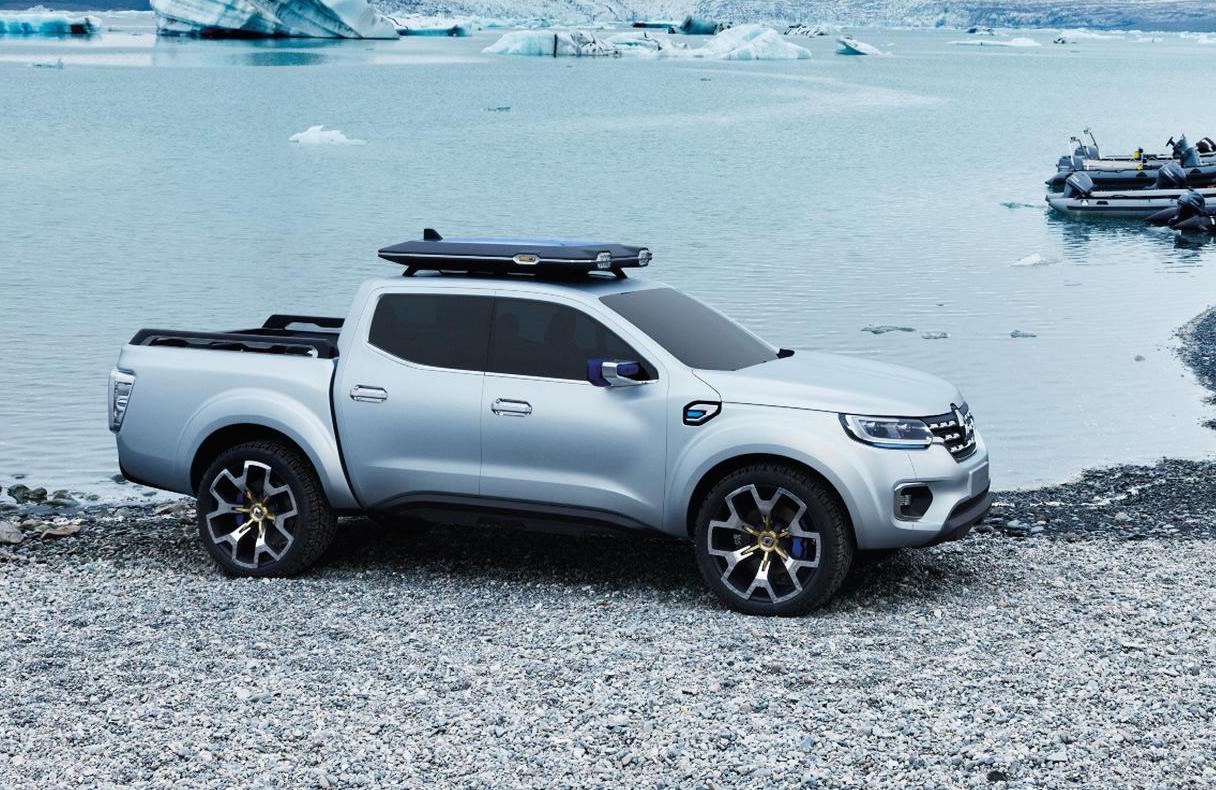 Renault has revealed the Alaskan concept pickup, previewing its new global ute based on the Nissan Navara. 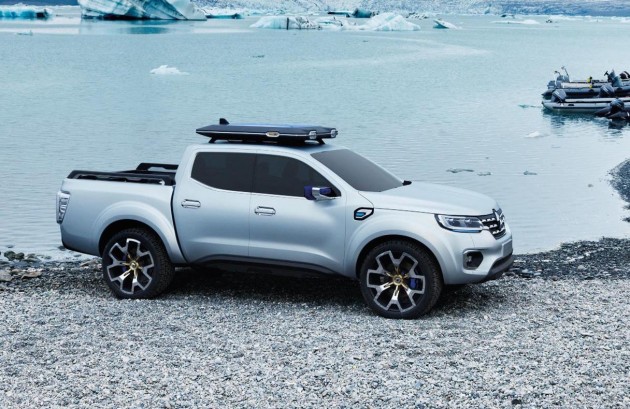 At this stage it is just a concept, however, most of the design and styling cues are likely to carry across for the production version which is set to hit markets from the start of 2016.

Renault says the ute has been designed for “business, leisure, and everyday use”, following market demands which is seeing more and more buyers using utes as both a workhorse and family car.

The concept isn’t restricted by road regulations so designers were able to express the full extent of a pickup Renault light commercial vehicle. It features 21-inch alloy wheels, muscular wheel arches, full LED lighting, a thick tie-down bar around the circumference of the tray, and futuristic side mirrors.

Specific details on the engine haven’t been mentioned in terms of output, but it does use a twin-turbo four-cylinder diesel unit. Renault says it offers “outstanding acceleration performance” and offers “class-topping fuel economy and low emissions”.

The company says it also uses a strong chassis for excellent road-holding, a high ground clearance for proper off-road capability, and a payload capacity of over one tonne with five passengers on board.

Inside, the interior is sporty and smart, like the exterior, with plenty of technology packed in. There’s even external cameras in the side mirrors so the passenger can have fun recording the passing landscapes.

Renault says the production version’s design will be similar to the concept, and it will adopt the same dimensions. It confirms there will be a wide variety of body types available as well. The finished product will be revealed during the first half of 2016.